We’d like to thank all of our supporters for taking part in the #VotePalestine campaign!

Together we’ve sent over 12,500 emails, contacted parliamentary candidates in 579 of 650 constituencies, and shown just how important justice for Palestine is in British politics. Over 300 candidates completed our online survey, answering our key questions about where they stand on Palestine related issues. Individual responses according to constituency can be found here.

Below is an analysis of party positions based on the candidate responses we received to our survey. There was a significant variation between political parties in how many candidates were willing to engage with the survey, potentially reflecting different levels of commitment to the Palestinian cause.

Ill-treatment of Palestinian children in the Israeli military detention system remains widespread, systematic, and institutionalised throughout the process. This was the conclusion of the UN Children’s Fund (UNICEF) report ‘Children in Israeli Military Detention Observations and Recommendations‘.

Palestinian children as young as 12 are routinely:

– Taken from their homes at gunpoint in night-time raids by soldiers.
– Blindfolded, bound and shackled.
– Interrogated without a lawyer or relative being present and with no audio-visual recording.
– Put into solitary confinement.
– Coerced into signing confessions (often in Hebrew – a language they do not understand).

Do you agree that all child prisoners should be treated in accordance with international law and not Israeli military law, and that no UK funds should be spent maintaining Israel’s military detention of children? 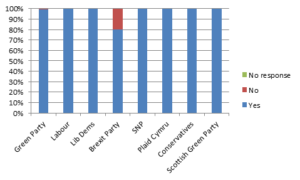 Israeli settlements in the West Bank and East Jerusalem are flagrant violations of international law under the Fourth Geneva Convention. Regardless of recent announcements from Trump’s White House, it is a war crime for Israel to move its civilian population into occupied Palestinian territory. The UK has consistently recognised Israeli settlements as a barrier to peace.

Despite this, Israel has continued to expand settlements on occupied Palestinian land in the West Bank and East Jerusalem at an alarming rate.

Legal scholars agree that by trading with illegal Israeli settlements, the UK violates its obligations under international law by assisting in the maintenance of an illegal situation. Ireland is currently passing legislation to ban trade with settlements, and the UN’s independent expert on human rights in the Palestinian territories has called for an international ban on all products made in settlements.

With this in mind, do you support a UK ban on trade with illegal Israeli settlements? 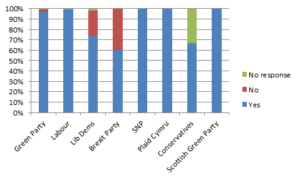 If you answered “No” to the question above, then what meaningful action would you take to hold Israel accountable for its settlement policies?

The US moving its embassy to Jerusalem signalled an intent to deny the Palestinian right to a capital in Jerusalem. Cutting funding to UNRWA and supporting Israel’s efforts to remove refugee status from the descendants of Palestinians expelled in 1948 and 1967 signals an intention to defy international law and permanently deny Palestinian refugees the right of return, leaving the majority of the Palestinian people trapped in a permanent exile.

As a member of Parliament, will you reject any proposed solution for Palestinians, including Trump’s ‘deal’, not based on international law and UN resolutions recognising their collective rights to self-determination and to return to their homes? 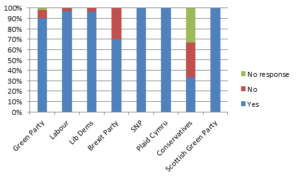 Israel uses military force to maintain its oppression of Palestinians. It targets people with tear gas grenades, rubber-coated bullets and live ammunition, and carries out mass arrests, house demolitions and extrajudicial executions. In its investigation of violence in the context of the Palestinian civilian protests in Gaza in 2018-19, the United Nations Commission of Inquiry found that Israel’s security forces had no justification to shoot at Palestinian protesters with live ammunition, and that in doing so, Israeli forces committed grave violations of international law which constitute war crimes or crimes against humanity.

UK-made weapons and military technologies continue to be sold to and used by the Israeli military in its enforcement of the illegal occupation of Palestinian territory and the blockade of the Gaza Strip. When the UK continues trading in arms with countries that flagrantly disregard international law, whether it is Israel or Saudi Arabia, it shows that the UK is not serious about human rights, and creates a culture of impunity that undermines all of our safety and wellbeing.

Would you, as a member of parliament, support a two-way arms embargo with any country – including Israel – using weapons in contravention of international law? 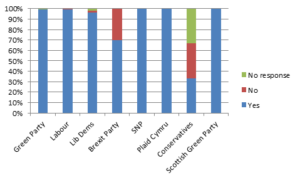 Do you agree that future UK trade deals should include a strong human rights clause, and that any trade agreement with Israel should be conditional upon the respect of international law and human rights? 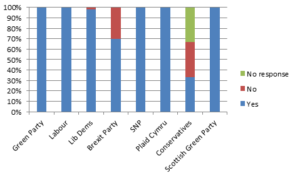