My visit to Gaza – Ayman Abuawwad

Last month I went to visit Gaza where my family lives. 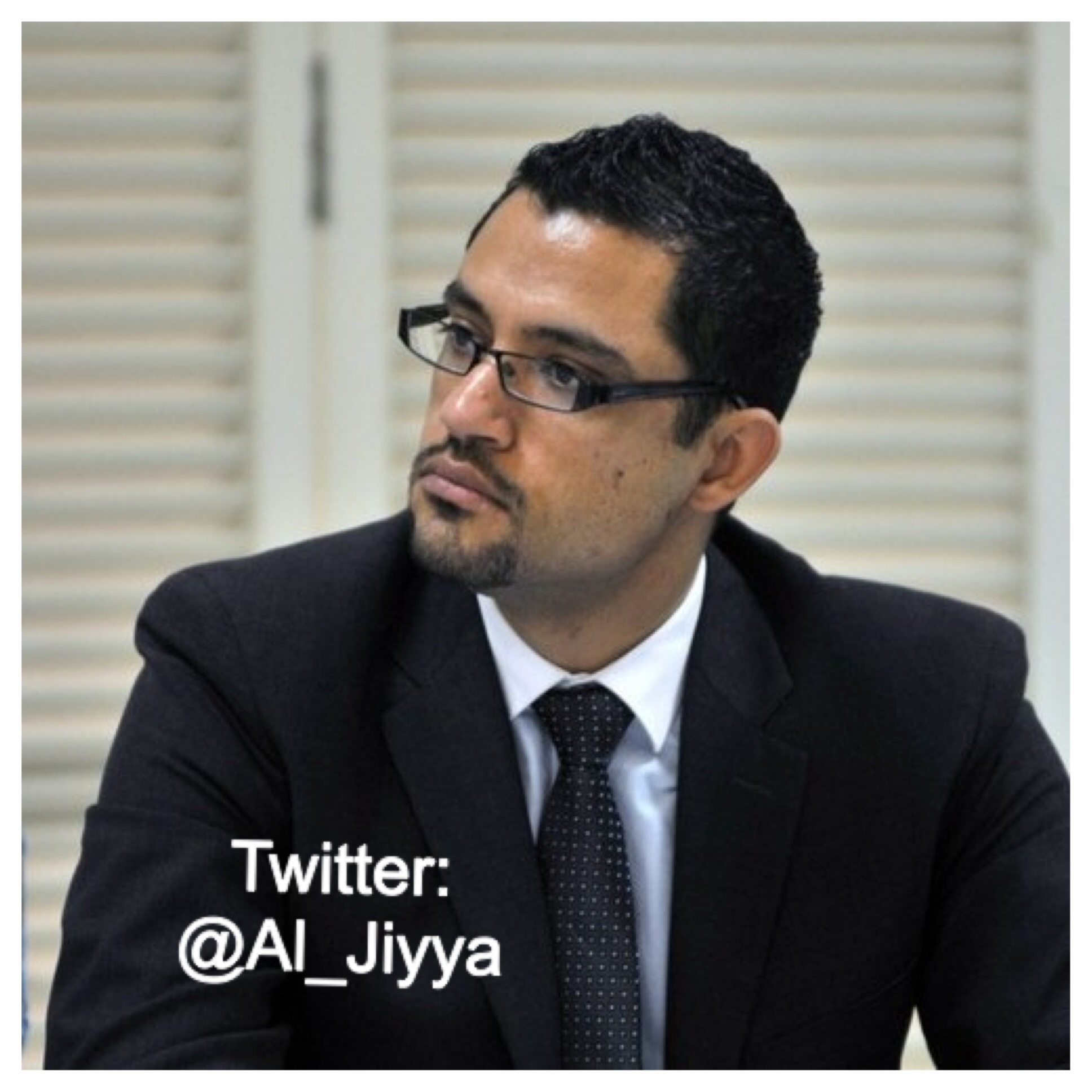 I landed in Cairo airport on 17th Dec. 2013. I had to wait in Cairo for a full week before Rafah crossing was opened by Egyptian authorities. My older brother joined me in Cairo coming from another part of the world just one night before Rafah crossing was suddenly announced to be opened the next morning.Palestinians who live in different parts of the world and who, like me, visit their families in Gaza regularity have to land in Cairo Airport which is over 300km far from Gaza.Once upon a time there was an international airport in Gaza but it was destroyed by Israeli F16 jets and bulldozers in late 2001.

Reaching Gaza from Cairo in the past used to take around 6 hours by taxi. My trip with my brother and other passengers this time took ten hours. Three of those ten hours were spent in the last 50 kilometers towards Gaza and that’s straight after passing Sinai’s city of Al-Arish. After that point we had instructions from the Egyptian army at one of the many checkpoints there not to use the main road after that otherwise the car will be shot at. The taxi driver diverted into sandy narrow roads among little bedwin villages where sometimes we lost sense of direction. The taxi driver had to negotiate tiny sharp bends and corners in some of which we had to get out of the car and pull tree branches away from the taxi’s path.

Eventually and all of a sudden we saw Rafah crossing with its distinctive gate structure. This time the army stops all vehicles almost a whole kilometer away from the crossing itself. Then everyone has to carry or pull their baggage to reach the gates. A couple more hours of delays in the Egyptian waiting hall and we found ourselves inside Gaza Strip soon after.

My parents live in the north west of Gaza so we had one more hour to go. After less than 25 minutes of entering Gaza Strip on my way to my parents’, the taxi windows rattled hard. The taxi driver then said “Oh where is it this time?”. I looked out of the window to my left and there I could see two massive pillars of smoke. They were an Israeli F16 airstrikes.

After reaching home we heard on the radio that a 3 years old girl got killed in one of those Israeli airstrikes. There was small scale strikes almost every day in different parts of Gaza Strip during all my stay there. I remember waking up one night in what felt like a small scale earthquake where my bed shock then I felt a change in the air pressure then a bang. I remember my dad asking me the next morning if I heard it and telling me that it was an Israeli airstrike a kilometer or so away from where we lived.My dad listens to the news on a little windup radio as electricity was 8 hours on 8 hours off every day.

Showering with or drinking healthy running water is not something you take for granted in Gaza. I went to wash my face and the water tasted as salty as sea water and it stung my eyes.

Besides electricity, fuel was also expensive and hard to get. There would be days where one sees significantly less numbers of cars on the streets of Gaza. Other days you would come across endless car queues at petrol stations with plenty of horn tooting and shouting. A couple of hours later Gaza streets would go mad busy with traffic. Often taxi drivers would try and squeeze another person next to you in the single front passenger seat. This is their attempt to make up for high fuel prices as well as the time they spent without being able to drive the car because of lack of fuel.

Cooking gas is a scarce commodity too. I remember seeing very long lines of men and women each with their gas cylinder queuing at one of the gas cylinder filling stations. The construction industry seemed to be ground to halt. Only two major construction project in gaza are visible. Those are the Qatari funded construction projects of Gaza’s two main roads, the Beach road and Salah El-Deen road. Two of my brothers in law are construction workers and they have been jobless for a while now. They are waiting for any construction or building projects to start as there is almost absolutely no recruitment in any other sector.

Time to prepare myself to leave Gaza has come. When entering Gaza I was aware of the fact that the Egyptian authorities opened Rafah crossing for two to three days roughly every two weeks. What I wasn’t fully taking into account is the number of people they let out of Gaza each day they opened the crossing. The Egyptian authorities would only let around 250 people out as they work on the crossing with minimal capacity.

They very often claimed the the computers ceased to work and send the rest of buses waiting to get out back into Gaza’s strip until next day if any. To get onto one of those buses to get out of Gaza, I had to go to the Palestinian ministry of interior and register myself among the thousands wishing to leave Gaza too. This meant that my name would be further down the list. The frequency of opening Rafah crossing wasn’t that brilliant anyway. Two to three day openings at a time meant that it will take several attempts for me to be able to reach the Egyptian side.

Luckily for me, it took just around one full month and I reached my turn. This, though, could easily take between a few months of attempts for others as there are different levels of priorities in the registration process. I managed to reach the Egyptian waiting hall on my way out of Gaza this time. I got my passport stamped fairly quickly this time and I don’t know if it’s anything to do with the fact that it is a British passport.

I had to wait because my brother who was traveling out of Gaza back to his work in South Sudan, hadn’t received his passport back yet. A few hours later they called his name and informed him that they will allow him into Egypt but he will be deported straight to Cairo Airport where he will be detained in a room there with others until his flight is due. I decided to voluntarily ride the deportation bus and accompany him to the airport – I wish I hadn’t. 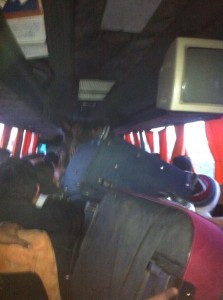 It was dark before we moved away from the Crossing’s gate and we already entered curfew time. The bus is supposed to accommodate 50 people but we were around 55 as there were a few standing in the isle. Later on they were lying on top of bags, squeezing them and breaking things inside of them. The bus’ luggage compartments were not enough for the number if bags everyone had. So we had bags on the roof of the bus and many more in the isle of where everyone had to step over then in and out of their chair.

The journey to the airport was agonizingly slow as we were stopped and had all of our baggage searched by the Egyptian army more than 10 times.  On two occasions there was warning gun shoots overhead and around the bus as a signal for it to stop. We eventually reached the airport and it took us 12 hours instead of 6 to do so.

Somehow all I wanted to remember from this hectic trip is the fact that despite stopping us many times and at gun point occasionally, the Egyptian army was very friendly and sometimes funny on face to face interaction level. I stayed at my friends place one night and my brother stayed at the airport’s detention room. I had breakfast with him after we both checked in for our flights the next morning. He told me the majority of people in that room were Palestinians. There was some Africans and even Albanians too. We said our goodbyes and both headed to our plans.