This morning an 18- month-old Palestinian child, Ali Saad Dawabsha, was killed and three other family members were injured following an arson attack on their home in Duma near Nablus.

This attack followed another hate-crime by a settler extremist just hours beforehand – with six people being stabbed at Jerusalem Pride. Extremism and hatred is directly fuelled by Israeli policies and practices of racism, colonialism, violence and apartheid.

‘I have just returned from Palestine and seen for myself the huge and ever expanding illegal settlements, built close to Palestinian towns and villages, sanctioned by the Israeli government, illegal under international law.

‘According to the UN Office for the Coordination of Humanitarian Affairs, Israeli settlers have carried out at least 120 attacks on Palestinians in occupied East Jerusalem and the West Bank since the start of 2015.

‘It is time for the UK government and particularly the EU to act – they cannot continue to make statements decrying announcements of yet more settlements, and yet have business as usual with Israel on trade and finance. It is not enough for the Israeli government to denounce this appalling crime whilst flagrantly defying international law. It cannot advocate the illegal act of colonising Palestinian land, without being held accountable for the consequences.’

The Israeli government is responsible for creating a climate where settlers are able to attack Palestinians with impunity. And governments including our own are responsible for failing to uphold international law and human rights, and refusing to take action against Israel’s illegal settlements – allowing gun-toting extremists to engage in a war of terror against Palestinians.

David Cameron should reflect, and act upon, the words of senior Conservative MP Sir Alan Duncan who said: ‘In our normal politics, we make a stand against extremism – and so we should. An opinion can most certainly be labelled as extreme, and a person can be defined as an extremist, if they defy the rule of law, promote illegality, advocate the oppression of innocent victims, or use the power of the state cruelly to persecute and abuse others. But this is exactly what is happening with Israel’s settlement activity. So, anywhere in the world, be it in Israel or beyond, all must now embrace this important principle. Settlement endorsement, meaning the denial that they are illegal and the support for their consequences is a form of extremism which we should not tolerate.’[i] [i] http://www.alanduncan.org.uk/articles/alan-delivers-speech-on-israeli-settlements

Ends
Notes for the Editor 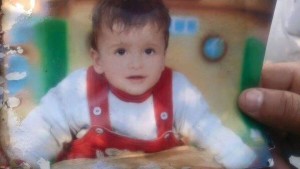 1. Settlements – Israeli colonies built on Palestinian land – are illegal under international law, but Benjamin Netanyahu’s government is committed to building even more. On Wednesday 29 July, Netanyahu authorised the construction of a further 300 settlement buildings. On Thursday 30 July, Deputy Foreign Minister Tzipi Hotovely pledged that the Israeli government would support the building of more illegal Israeli settlements on Palestinian land and that ‘the enemy is anyone who wants to uproot Jewish settlement’.

2. Settlement expansion will only increase the numbers of armed extremist Israeli settlers who can rampage across the West Bank, without fear of prosecution. According to B’Tselem statistics, in the past three years, Israeli settlers have set fire to nine Palestinian homes in the West Bank. A Molotov cocktail was also thrown at a Palestinian taxi, severely burning the family on board. No one was charged in any of these cases.

3. One year ago, just one day before three Israelis abducted 16-year-old Muhammed Abu Khdeir and burned him alive, Israeli Knesset member Ayelet Shaked posted a comment on Facebook which called for Palestinian mothers to be killed: ‘They should go, as should the physical homes in which they raised the snakes. Otherwise, more little snakes will be raised there.’ Ayelet Shaked is now Israel’s Justice Minister. Whipping up racism and hatred during Israel’s election campaign, Netanyahu described Palestinian citizens of Israel as a demographic threat.