Join the Twitter storm at 7.30pm, February 14th 2019, calling on @Birminghampride to #DropHSBC and #LoveOutLoud

Pinkwashing is a propaganda strategy used to conceal human rights violation through the facade of support for LGBTQAI+ rights, used by apartheid Israel and corporations such as HSBC.

HSBC invest over £800 million in and provide syndicated loans worth up to £19 billion for, companies arming Israel. One such company is Caterpillar, who supplies the Israeli military, with specifically designed weaponised bulldozers. These bulldozers are used specifically to demolish Palestinian homes, factories, agricultural land and civilian infrastructure, including water pipes and networks on Palestinian territory assigned by the UN. Caterpillar also provides equipment to: reinforce the apartheid walls in Gaza and the Westbank and for the construction of settlements and settlement infrastructure on stolen Palestinian land, in violation of UN Security Council resolution 242.

To obscure their complicity, and protect their branding, HSBC provides sponsorship and funding for LGBTQAI+ pride festivals across the world, and in the UK they are the main sponsors of Birmingham pride. This funding acts to ‘pinkwash’ HSBC’s image, concealing their involvement in human rights abuses.

Palestinian LGBTQAI+ group, Aswat, have called for transnational solidarity to campaign against HSBC’s sponsorship of Birmingham pride. This year, Birmingham Pride is hosting ‘Love out Loud’ themed festival to encourage inclusivity and love ”No matter your gender, sexuality, personal identity, colour, religion or race”. This valentines day, lets call on @BirminghamPride to apply this principle to the Palestinian people. To #LoveOutLoud shouldn’t come at the cost of supporting apartheid and the oppression of the Palestinian people.

Take inspiration or just simply copy and paste one of the following tweets!

.@Birminghampride has themed their festival ‘Love Out Loud’, calling for love regardless of ethnicity, sexuality, gender, colour or race. Extend that love to the Palestinians, and #DropHSBC as a sponsor, unless HSBC end their complicity with Israeli apartheid.
#LoveOutLoud

There is no pride in Israeli apartheid. HSBC fund Israeli oppression of the Palestinian people, and have no place in sponsoring Birmingham Pride’s #LoveOutLoud festival. To #LoveOutLoud shouldn’t come at the cost of supporting apartheid. @Birminghampride #DropHSBC

HSBC invest £100million in companies like Caterpillar, who supply the Israeli military with armoured bulldozers to demolish Palestinian homes. HSBC have no place at @Birminghampride which seeks to promote equality for all. #DropHSBC

While thousands celebrate love & diversity at @Birminghampride, its sponsor HSBC funds the Israeli arms industry which commits violent crimes against the Palestinian people.This is not right. #LoveOutLoud should extend across borders to all those who are oppressed! #DropHSBC 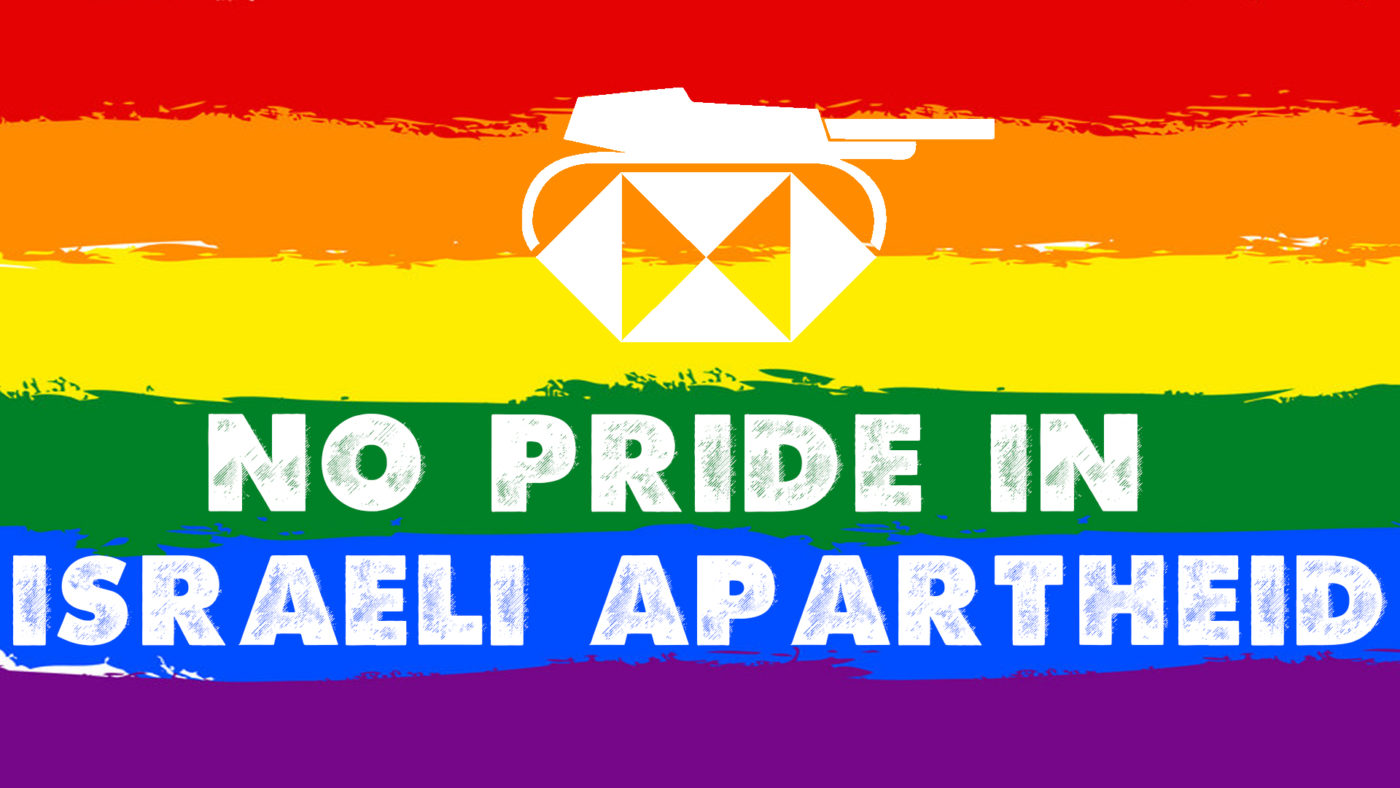 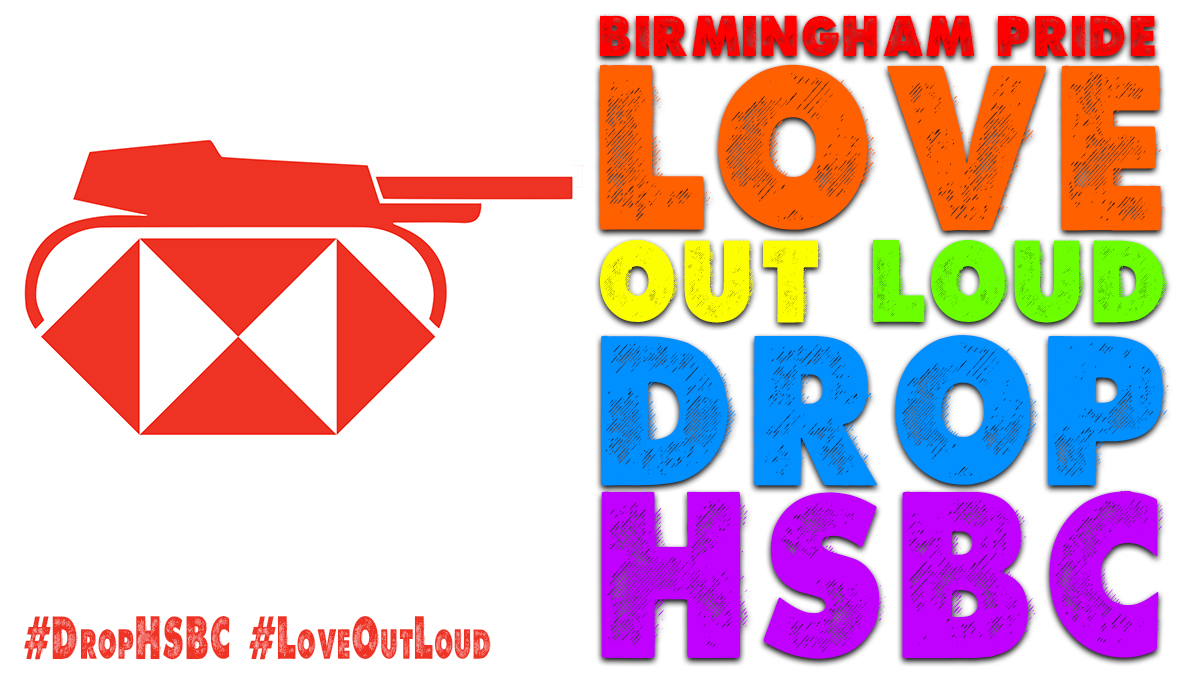 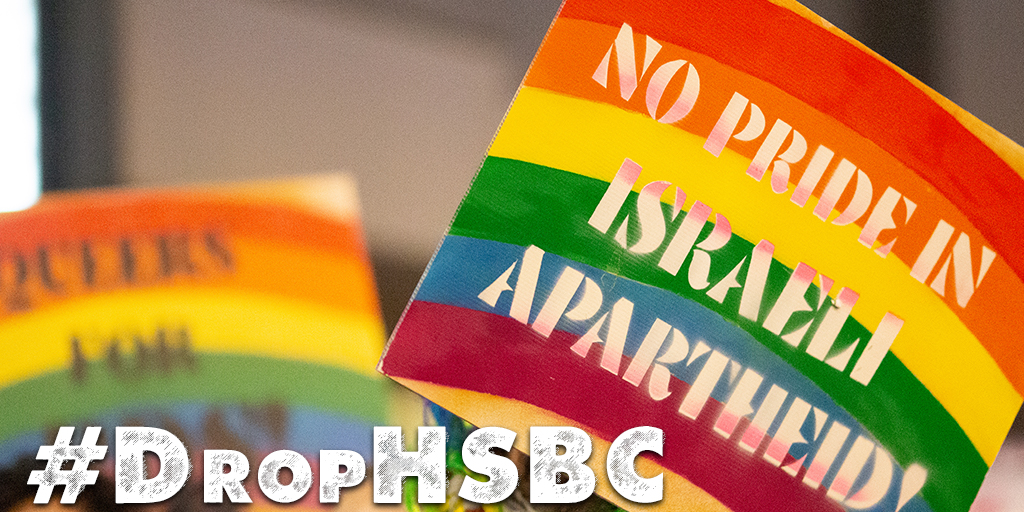