Home / Blog / Opinion / A taste of apartheid, courtesy of Waitrose

A taste of apartheid, courtesy of Waitrose

‘Taste of Israel’ is a glossy, colour 32-page booklet which is being offered to shoppers at the supermarket chain, Waitrose, this month.

The booklet passes off Palestinian/Arab dishes and ingredients such as za’atar, tahini and falafel as Israeli. And it contains tourist features on towns within Israel which, while mentioning their Ottoman past, ignore their Palestinian heritage and the ethnic cleansing of their Palestinian inhabitants during the creation of Israel.

In a section entitled ‘Israel A-Z’ there is even a slot given to olive trees. ‘Ubiquitous throughout Israel, some are 1,000 years old,’ says the writer. This is an insult to the Palestinians whose forefathers cared for those trees before being driven from the land, and to those Palestinians in the West Bank whose olive orchards have been burned or hacked to the ground by Israeli settlers. 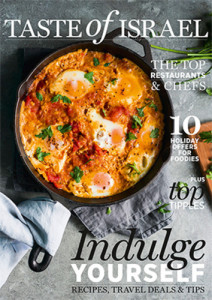 ‘Taste of Israel’ is an insert which has been added to Waitrose’s in-house magazine in selected stores across the country. It has been produced by the Israel Government Tourist Office.

The booklet is a prime example of Israeli government propaganda, highlighting its efforts to distract the public abroad from its brutal military occupation of Palestinian land by replacing the image of an apartheid regime with that of a tourist-friendly, culture-loving country.

It is also a shocking example of the Israeli appropriation of Palestinian culture – in this case, food – in an attempt to erase the memory of Palestine from the land and replace it with Israel.

And it is disgraceful that Waitrose is colluding in Israel’s propaganda and its attempts to whitewash the occupation.

Find out how Brighton PSC launched its protest against ‘Taste of Israel’ outside a local Waitrose store on 21st February: http://tinyurl.com/ll7q5sa