On Friday 8th July 2016, two years after the start of Israel’s last major military assault on Gaza, hundreds of people gathered opposite Downing Street to demand an end to the ten-year siege; and an end to the two-way arms trade between the UK and Israel. 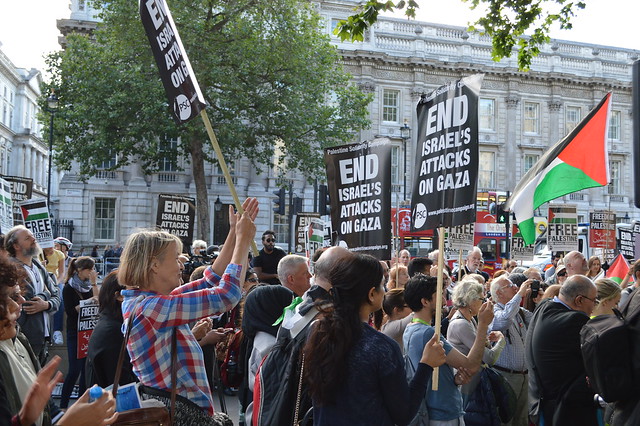 Palestine Solidarity Campaign vice-chair Prof. Kamel Hawwash gave introductory remarks. More than 2,200 Palestinians were killed in the brutal assault in the summer of 2014, including more than 500 children. 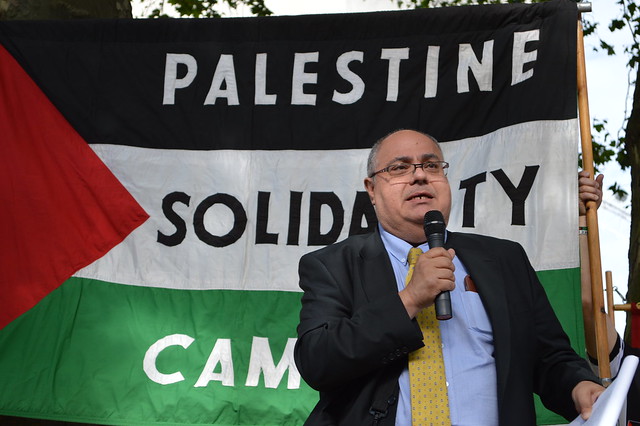 Many speakers highlighted the UK government’s complicity in Israel’s siege of Gaza.

Chris Rose, director of the Amos Trust, spoke against Israel’s blockade, now in its 10th year. 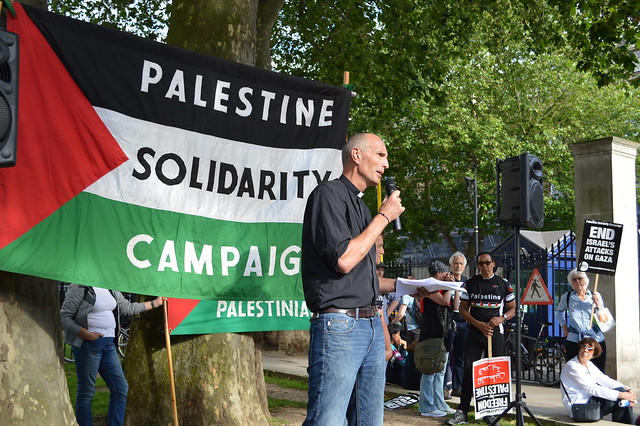 John Hilary from anti-poverty charity War on Want said “We need to re-double our efforts in this country”. 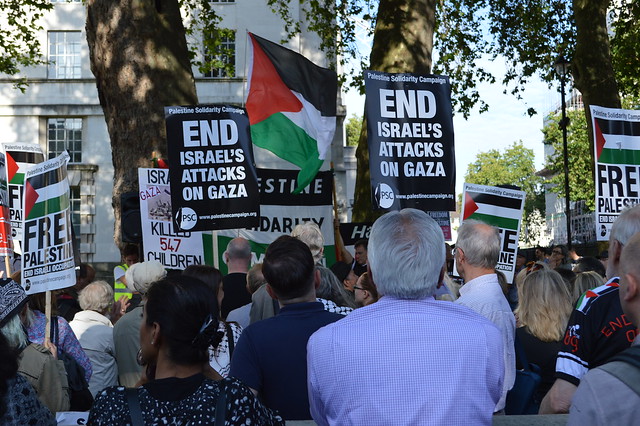 Joyce Onstad of Liberal Democrats Friends of Palestine called for the lifting of the siege.

Elizabeth Jadon spoke on behalf of the Israeli Committee Against House Demolitions UK.

Bruce Kent is a co-founder of the Campaign for Nuclear Disarmament and a patron of the PSC. 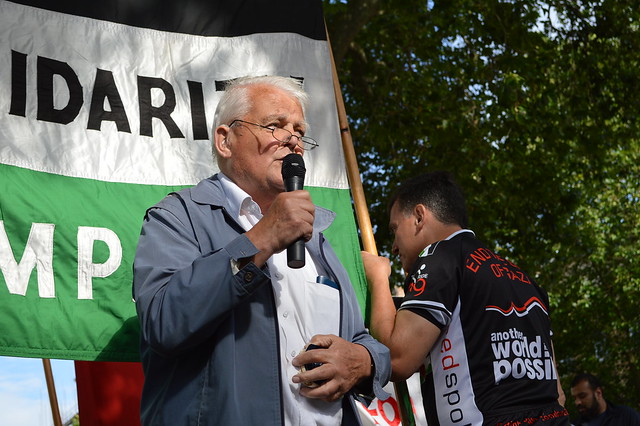 People travelled from across the country to express their solidarity with Palestinians. 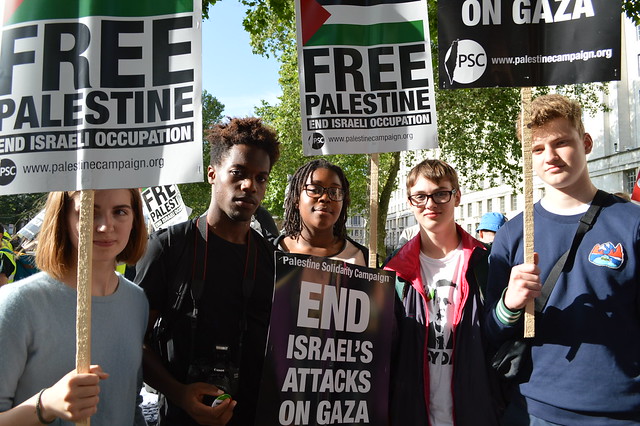 Shahd Abusalama, singer and journalist from Gaza, said “we Palestinians are resilient because we have no other choice”, before a moving performance opposite Downing Street. 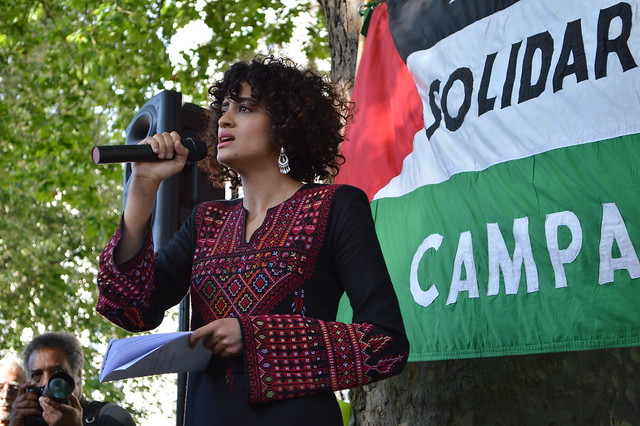 Glyn Secker of Jews for Justice for Palestinians, proclaimed loudly, “Not in our name!” 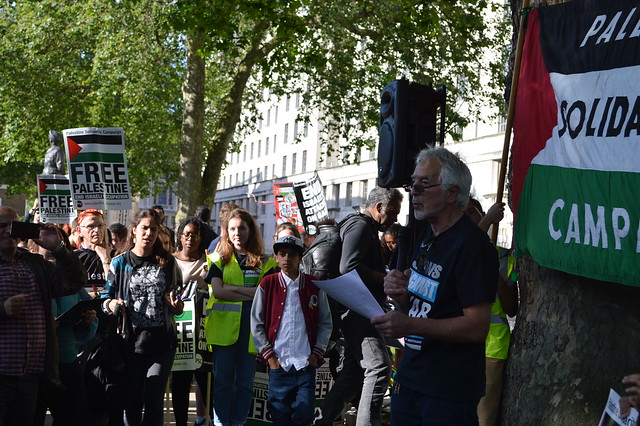 Many speakers called for a ban on the two-way arms trade with Israel. 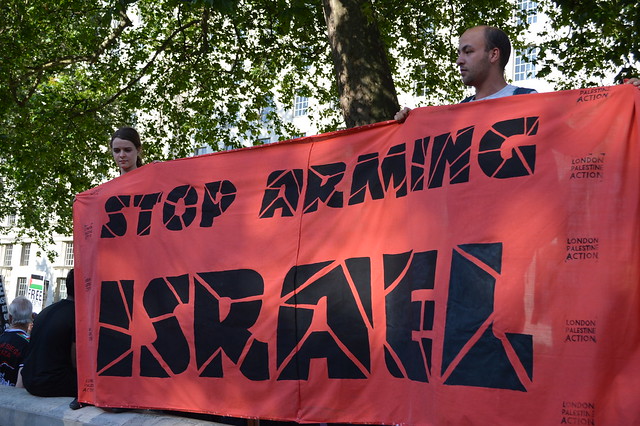 Riya Hassan, European co-ordinator of the BDS national commitee, said “it’s not enough to say we stand in solidarity with Palestinians, we have to take action”. 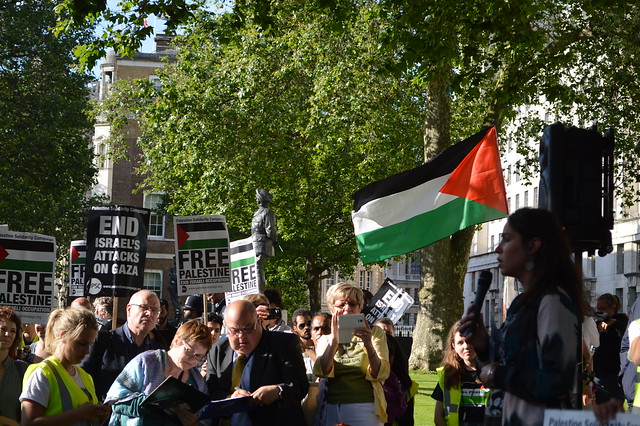 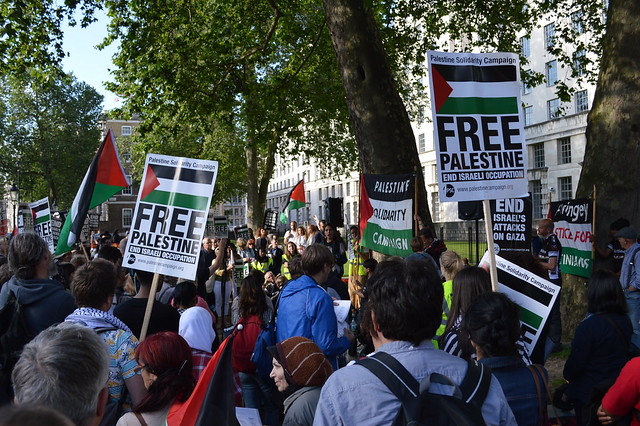 Leader of The Green Party, Natalie Bennett called for the end of the EU-Israel association agreement, and said “the UK must take responsibility for their impact on the world”. 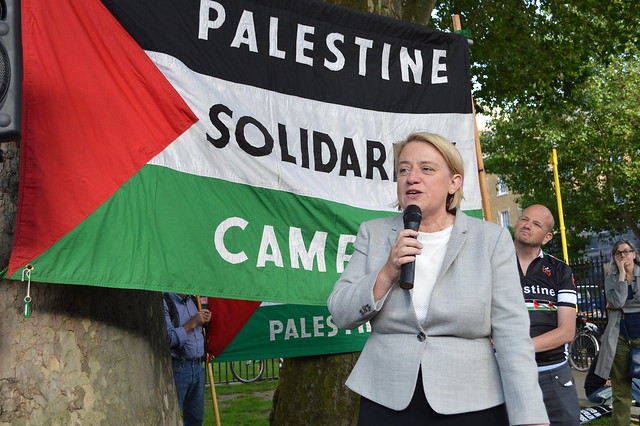 Mizan Rahman spoke on behalf of Campaign Against the Arms Trade, saying “Israel sells the technology of oppression”. 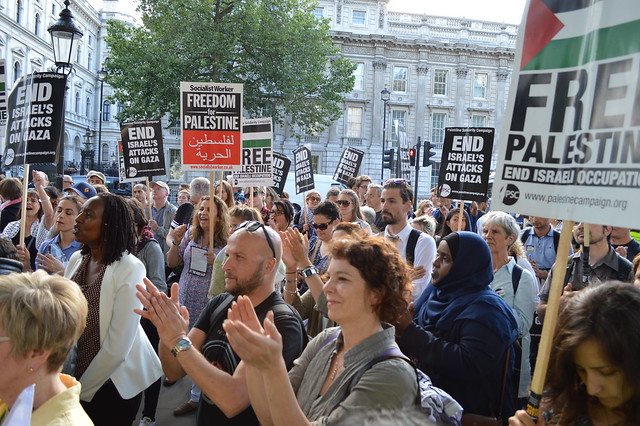 Many people attending the rally signed the pledge to boycott Hewlett Packard, who provide the technology that supports Israel’s naval blockade of Gaza.