The largest ever AGM in the history of Palestine Solidarity Campaign is testimony to the growth in support for Palestine in the UK. 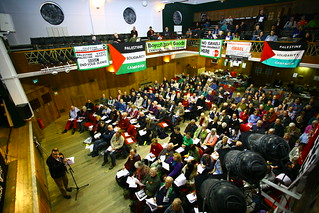 PSC members, branch organisers, members of the exec, volunteers, activists and staff came together to debate and vote on PSCs campaigning priorities for the coming year, and listen to an inspiring range of speakers, including Omar Barghouti and Mustafa Barghouti joining us via Skype, Karma Nabulsi and Ghada Karmi. 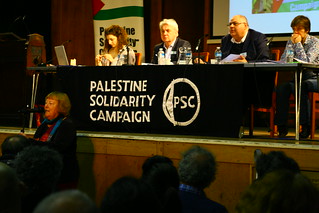 PSC’s Action Plan, focusing on delivering PSC’s core priorities, was discussed and voted upon. Our campaign for political change, including our campaign to urge candidates standing in the General Election to support Palestinian rights, was agreed as one of PSC’s key priorities, together with increasing solidarity with Palestine through activities including boycott, divestment and sanctions.

The lunch hour, which featured delicious Palestinian food, was a great opportunity for networking and chatting between members and our own café inside the venue proved a great success. 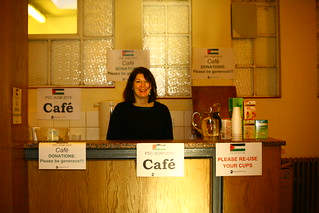 Thank you to the dozen of volunteers who worked for weeks to make it a successfully smooth event, and to all the members and affiliates who attended. 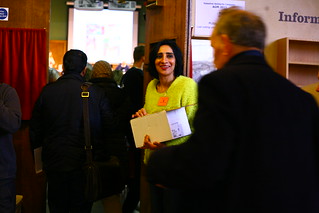 One of the newly elected members of the Executive Committee shares his experience: ‘The AGM was very organised and smoothly run. The process of discussion was orderly, and the debate on the motions submitted to the AGM was rich and interesting. The AGM’s Skype speeches and discussions with both Dr Mustafa Barghouti and Omar Barghouti certainly brought Conway Hall to life. Both speakers unsurprisingly were very eloquent which made us feel as if they were with us, or rather we were with them in Palestine. All in all with apparently the biggest AGM so far, the day went very well. It was a great opportunity to meet other committed supporters of Palestine and do some catching up and a bit of networking too.’ 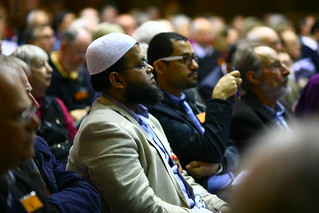