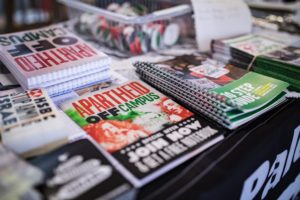 On 5th and 6th OCtober, students from from around 20 UK universities came together in Manchester for the national student BDS conference, organised by Palestine Solidarity Campaign.

The event was an opportunity got student activists from across the country to hear from experienced campaigners, and gain key tools and techniques to end their university’s links to Israeli apartheid. Workshop topics included pinkwashing & Palestine, building key campaigning skills, press and comms training, and many more. 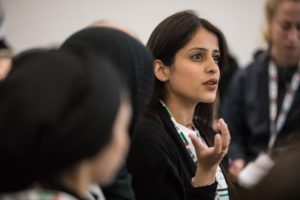 Attendees were also given an opportunity to see a draft version of PSC’s upcoming database, which will be a public online tool providing key information on UK universities’ direct and indirect investments in companies that are complicit in Israel’s human rights abuses. This will be a crucial resource for student activists to support them in planning effective divestment campaigns to get #ApartheidOffCampus!

Speakers at the conference included Palestinian activist and the world’s youngest journalist Janna Jihad, writer and activist Ben Smoke, Boycott National Committee organiser Alys Samson Estape plus many more. It was also fantastic to have such strong presence and support from the National Union of Students officers, including representation from 4 of the NUS liberation campaigns. 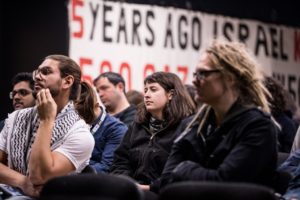 There was a key focus on decolonising universities, working with liberation groups, and uniting the Palestinian struggle with other key struggles for freedom, justice & equality.

Many attendees remarked that the conference was informative, inspiring and energising and was a great way to prepare for the year of campus activism ahead including the next #ApartheidOffCampus national day of action taking place on 29th November! 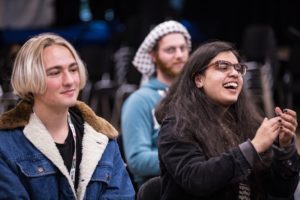