The International Week of Action on HP was the broadest-ever coordinated Boycott, Divestment and Sanctions (BDS) action. 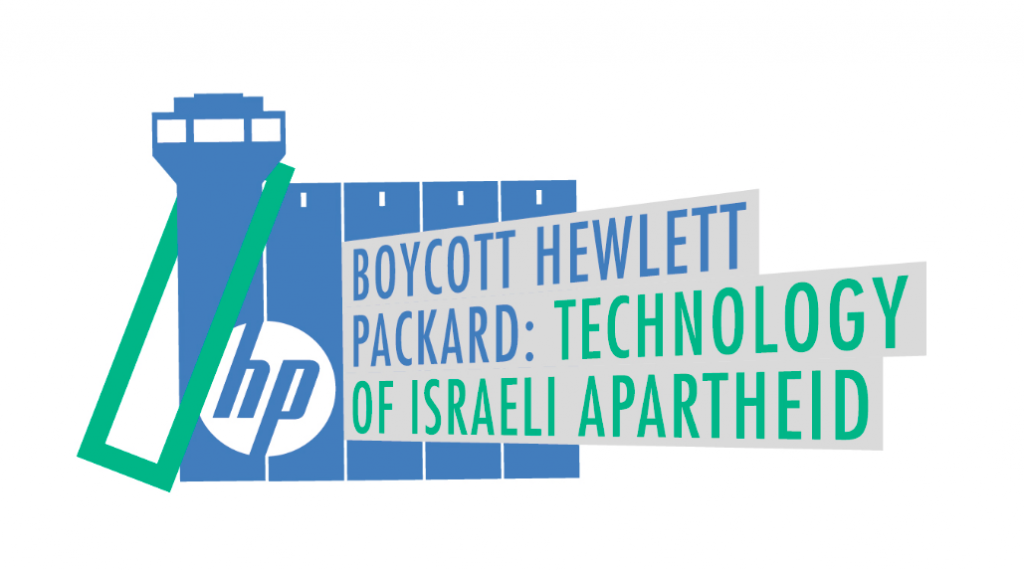 More than 150 actions were held, in 101 towns and cities in 30 countries, across 6 continents.

40 UK towns and cities saw actions across the week, from Brighton to Bristol, Liverpool to Lewisham, Edinburgh to East London, Cardiff to Chester and many places in between. 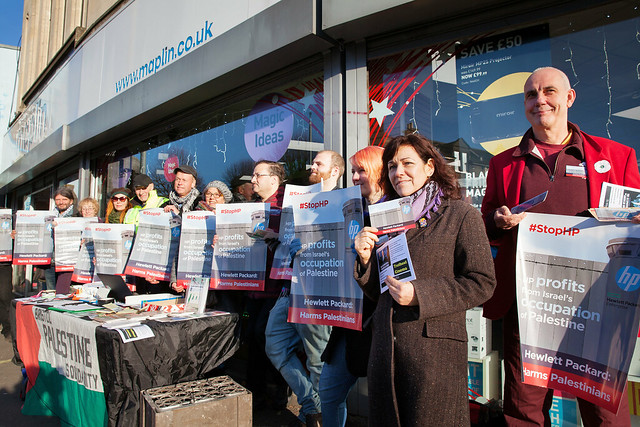 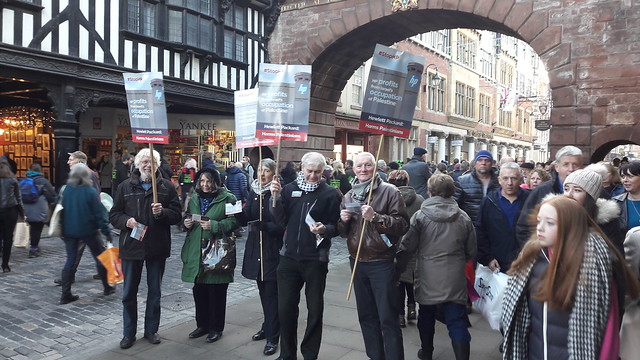 People all over the UK took to the streets during the International Week of Action to highlight HP’s role in Israel’s occupation and oppression of Palestinians. Most of these images are from Saturday 26th November, the UK Day of Action, which saw 30 actions across England, Wales, Scotland and Northern Ireland. 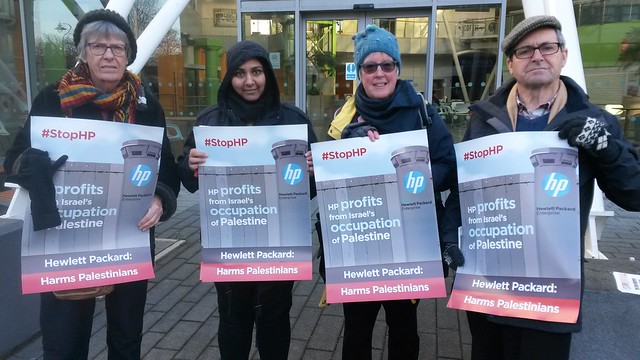 Hewlett Packard Enterprise is the main contractor of the Basel system, an automated biometric control system used for Israel’s checkpoints and apartheid wall, which includes ID cards that form the basis of Israel’s segregationist denial of Palestinian rights. 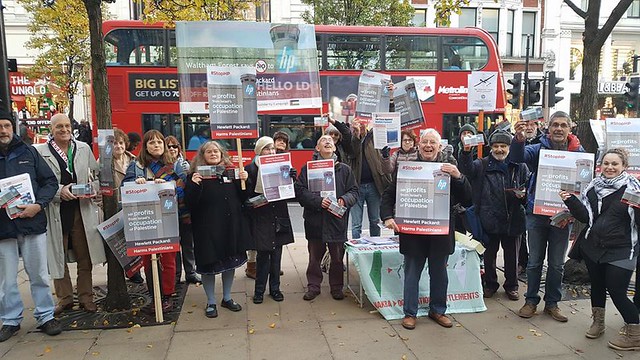 More than 30 branches of Palestine Solidarity Campaign held actions around the country, with some holding more than one. Hackney PSC took their campaign to the town hall, petitioning Hackney Council to withdraw from their contracts with HP. 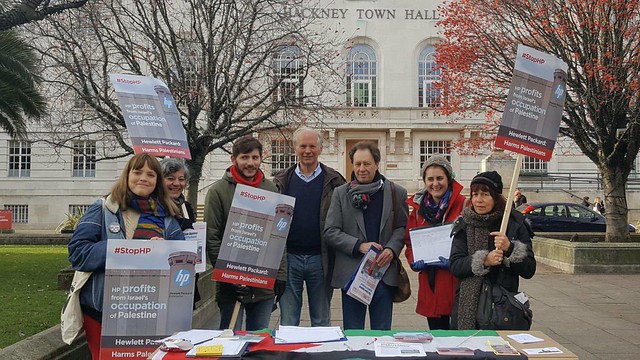 Hewlett Packard has split into two companies: HP Inc. and Hewlett Packard Enterprise. Both maintain the HP brand and continue to share certain facilities and supply chains. HP companies’ continued involvement in Israel’s systematic oppression of Palestinians means we’ll continue to target the HP brand, to send the message to corporations that profiting from apartheid and occupation is bad for business. 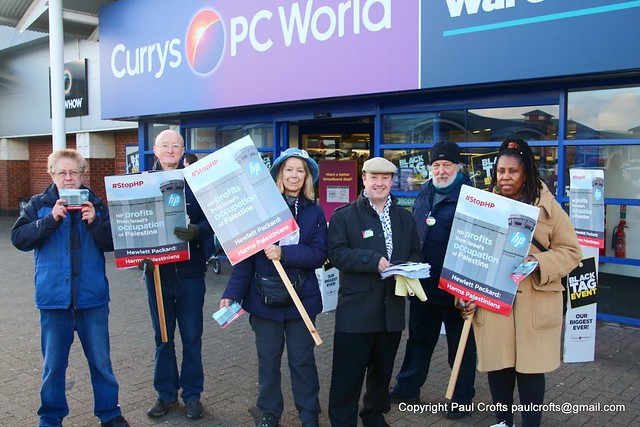 In Brighton on Sunday 27th November, campaigners for justice for Palestine walked a huge banner around a major retailer, and read testimonies from Palestinians living under siege in Gaza, who urge people of conscience around the world to boycott HP. You can see the video below and read the testimonies from our Gaza Lives campaign here.

In Derry, Northern Ireland, Councillor Gary Donnelly decommissioned Council-issued HP printers, an early victory for the campaign on the eve of the Week of Action; one of several actions held by Derry branch of the Ireland Palestine Solidarity Campaign. 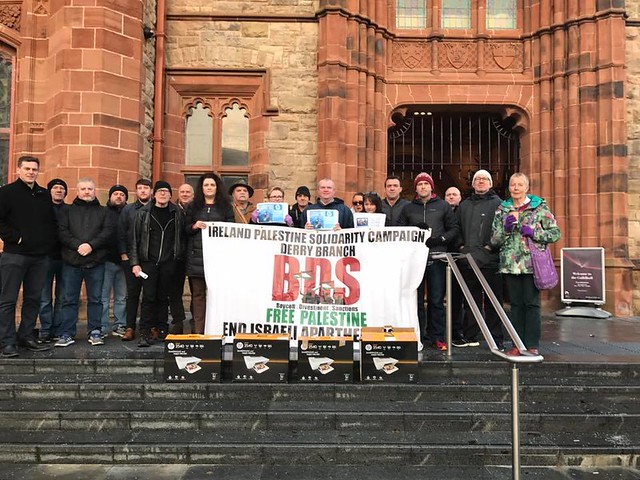 On Tuesday 29th November 2016, the International Day of Solidarity with the Palestinian People, Hewlett Packard Enterprise opened their trade fair at the Excel Centre in East London. We were there too, making sure delegates and potential investors knew about HP companies’ complicity in apartheid and occupation, including by picking up our specially-made “ID cards”. You can read a full report here. 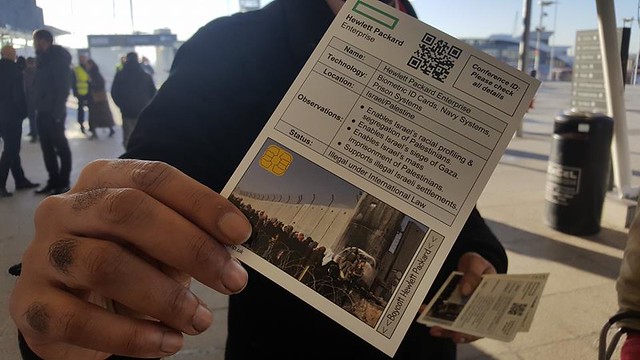 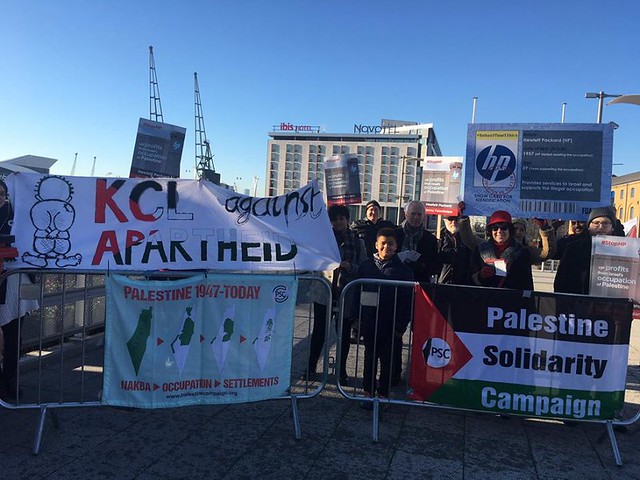 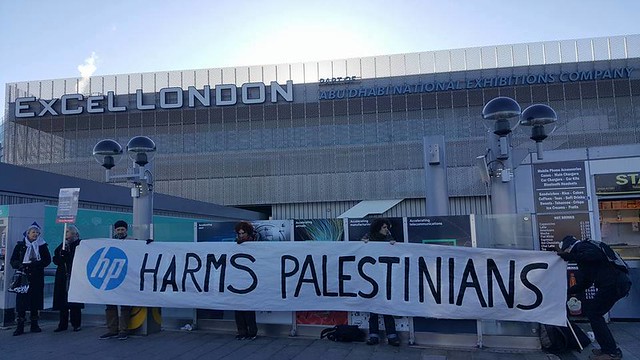 Support the campaign by signing the pledge to #StopHP and look out for updates on the Facebook page. Along with people around the world, we won’t rest until HP companies end their involvement in Israel’s crimes against the Palestinians.