Report from a celebration of Palestinian culture

On Sunday 15th May Palestinians around the world commemorated 68 years of their catastrophe – their forced removal from their homes and lands to which they have never been allowed to return. In London PSC marked the day with a celebration of Palestinian culture at the Courtyard Theatre. Director and writer Ahmed Masoud, who is himself from Gaza, curated the evening, which featured renowned actor Maxine Peake giving a beautiful reading from Masoud’s play The Shroud Maker, a black comedy set during Israel’s massacres in Gaza in the summer of 2014. Comedian Mark Thomas read an extract from his book Extreme Rambling, and poet Sabrina Mahfouz delivered a rendition of her piece Hebron.

The night was co-presented by Al Zaytouna Dance Theatre, whose innovative mixture of traditional and contemporary Palestinian dakbe enthralled the audience. Musician and composer Dave Randall (of Faithless fame) performed a piece on guitar created especially for the occasion. Hugh Lanning, Chair of PSC spoke about the importance of campaigning for Palestinian rights, especially given the ongoing attacks and smears on our movement. Sara Apps, Interim Director of PSC thanked the performers and audience for coming together on such an important night.

Ahmed Masoud led Al Zaytouna in a closing dance, which expressed joyful resilience in the face of extreme ongoing oppression – many audience members were moved to tears.

The event was one of over 60 that took place in more than 30 towns and cities around the UK, marking the Nakba, part of the PSC’s Nakba Week of Action.

Click here to read a report from our conference Nakba: Then and Now. 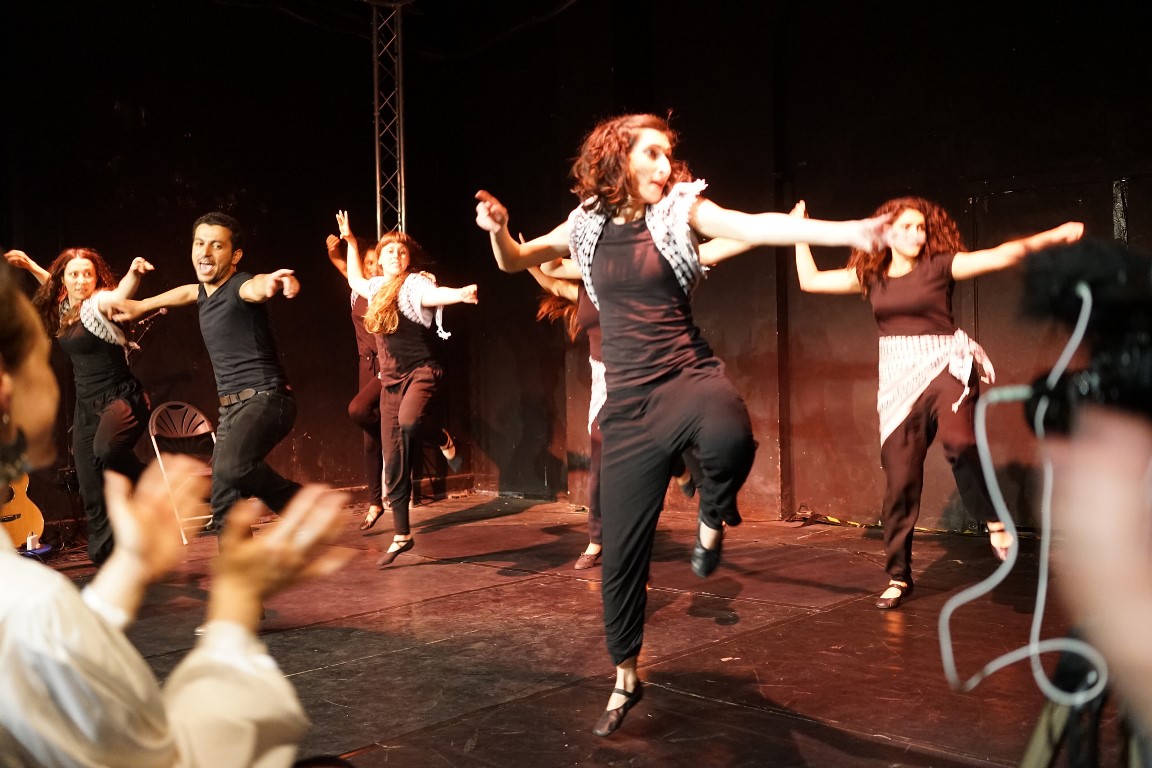 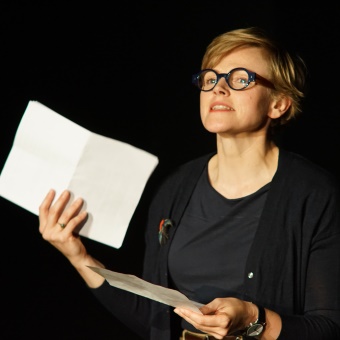 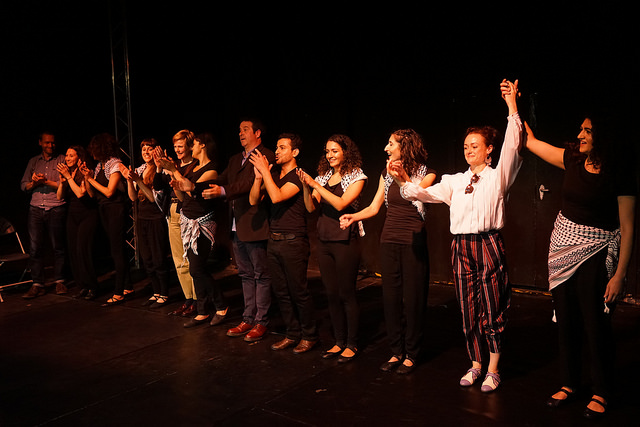