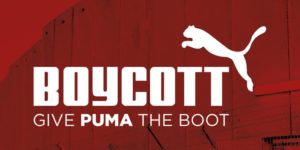 On Saturday 15th June, thousands of human rights campaigners across the world took part in an international day of action against the German sports brand Puma, urging it to cancel a deal with Israel’s football association. The #BoycottPuma campaign is a response to the call from over 200 Palestinian football clubs and sports organisations to boycott Puma until it withdraws its sponsorship from the Israel Football Association (IFA).

The IFA includes a number of football teams based in Israel’s illegal settlements. The #BoycottPuma campaign is highlighting that Puma’s sponsorship deal with the IFA makes the company complicit in Israel’s violations of international law and human rights abuses against the Palestinian people.

The day of action saw actions in over 20 countries globally. These actions included delivering campaign materials to Puma store managers, leafletting and musical protests in the streets, and specially-organised football matches in support of the campaign.

In the UK, Palestine Solidarity Campaign branches and members took action at over 25 Puma and sportswear stores across the country. Over the last month, more than 25000 emails have been sent to UK football clubs who are sponsored by Puma urging them to drop their partnerships with the sportswear manufacturer until it stops sponsoring the IFA.

On social media, the #BoycottPuma hashtag had over 8.5million impressions across the day, and was the number one hashtag used in relation to Puma, meaning that the campaign reached more people than Puma’s own Twitter content!

After a hugely successful global day of action, the #BoycottPuma campaign will continue to grow, with PSC branches developing plans to take further local action in their communities. Watch this space! 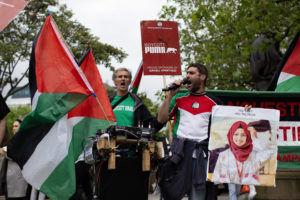 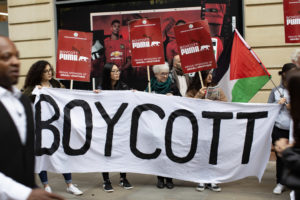 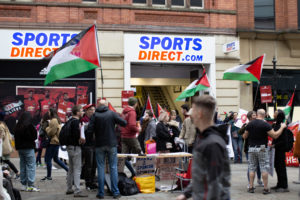 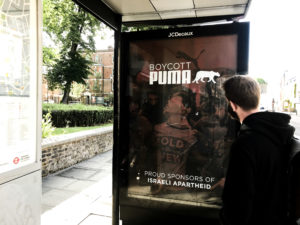