Take action online for the #BoycottPuma

As one of the world’s top athletic apparel makers, Puma’s sponsorship brings international legitimacy to the IFA and helps maintain its direct involvement with violations of human rights and international law off the field.

More than 200 Palestinian teams have called on Puma to end its support for Israel’s military occupation by terminating its sponsorship deal with the IFA.

Today, over 50 actions are taking place in 20 countries across the world to demand Puma end their sponsorship of the Israel Football Association.

Support the campaign and take action online today and post one or all of the posts ready for you below!

To post on other social media platforms, save the pledge graphic below and post with the text:

I won’t be a part of #Pumafam while @Puma supports Israel’s ethnic cleansing of the Palestinian people. #BoycottPuma 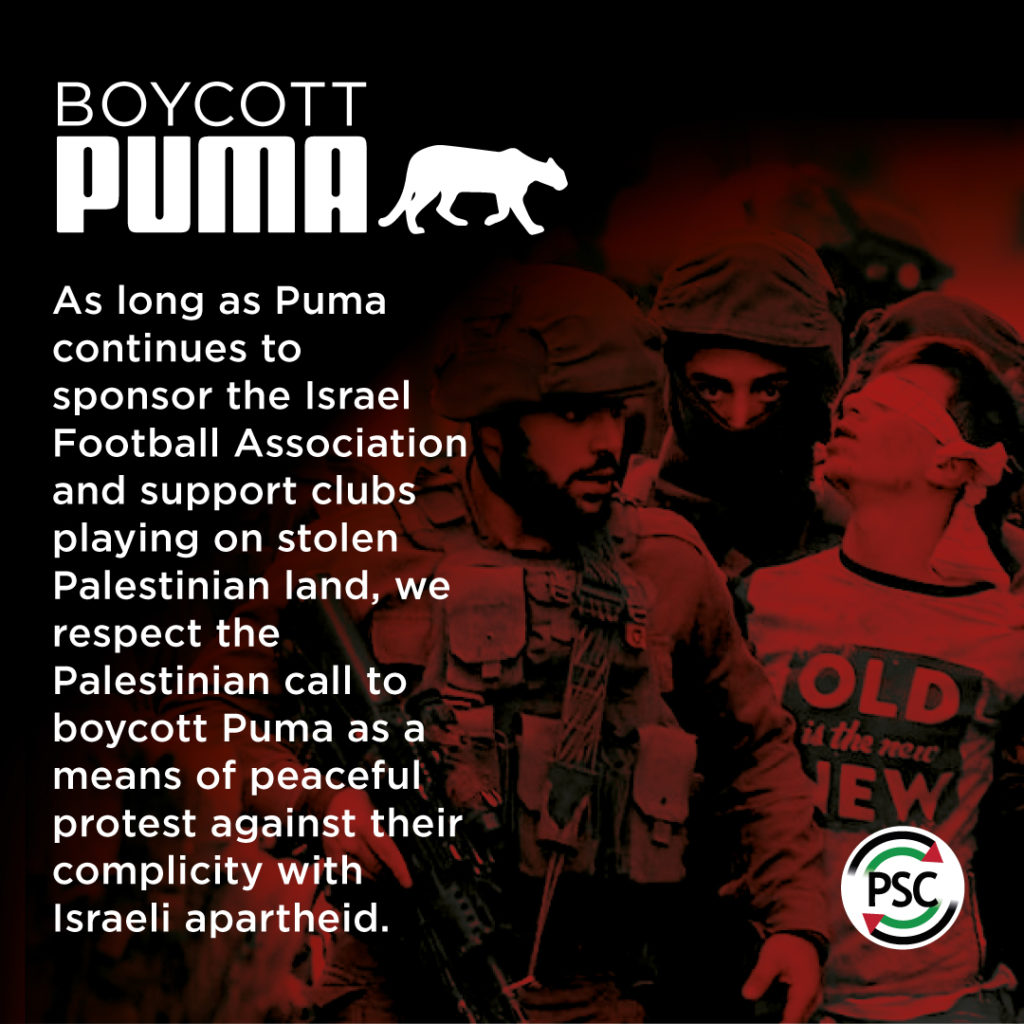 “Across the world, over 50 actions in 20 countries are happening right now to demand @Puma end their sponsorship of the Israel Football Association, which includes settlement teams on stolen Palestinian land. #BoycottPuma pic.twitter.com/I6skFOspTF”

To post on FB and other platforms: Copy and paste the text above and save the picture below 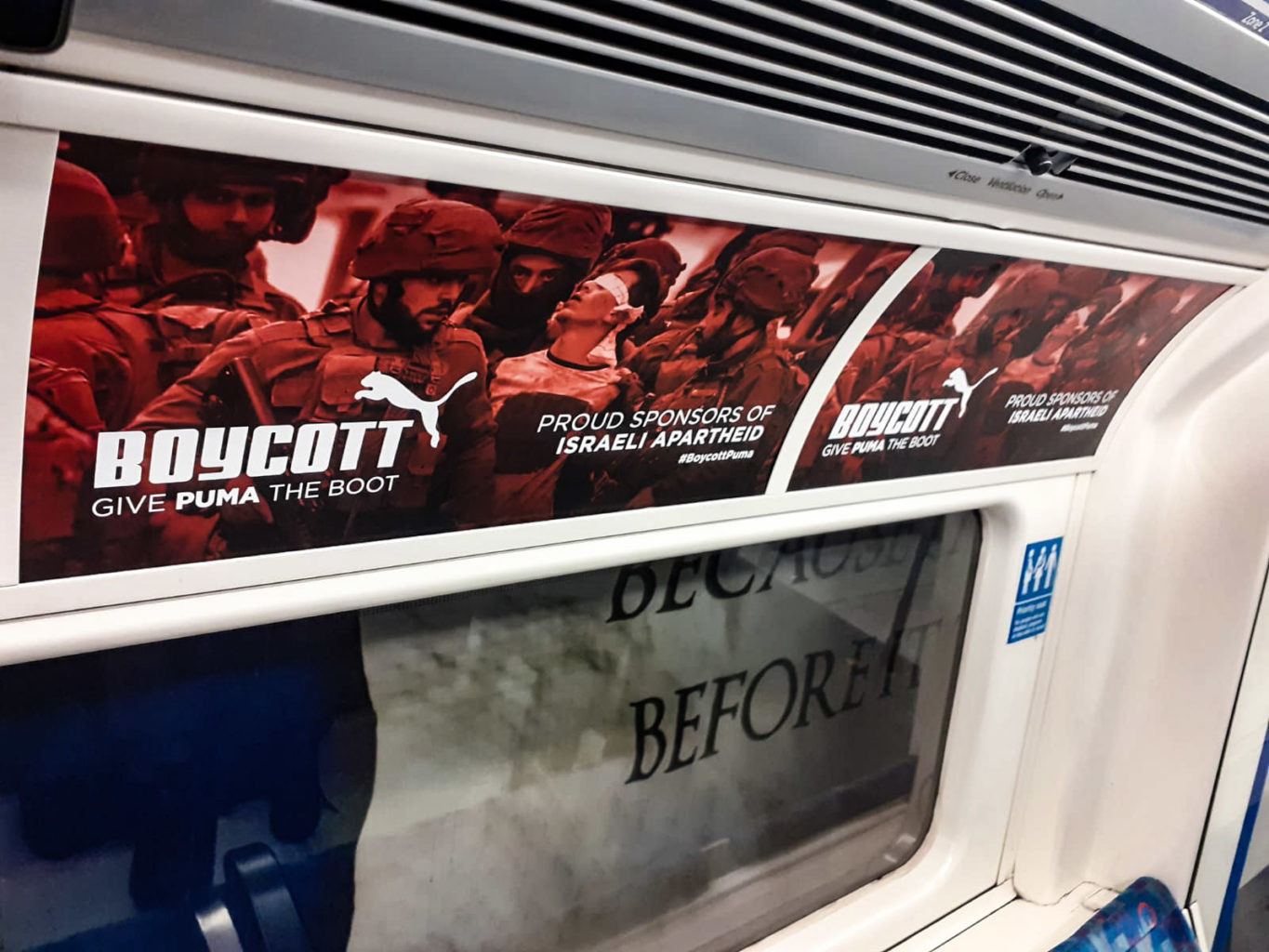 “Hey @Puma – You can’t claim to promote “social justice” whilst being a proud sponsor of Israeli apartheid. I support the #BoycottPuma campaign until @Puma ends their sponsorship of the @IsraelFA, including settlement teams on stolen Palestinian land!”

To post on FB and other platforms: Copy and paste the text above and save the picture below 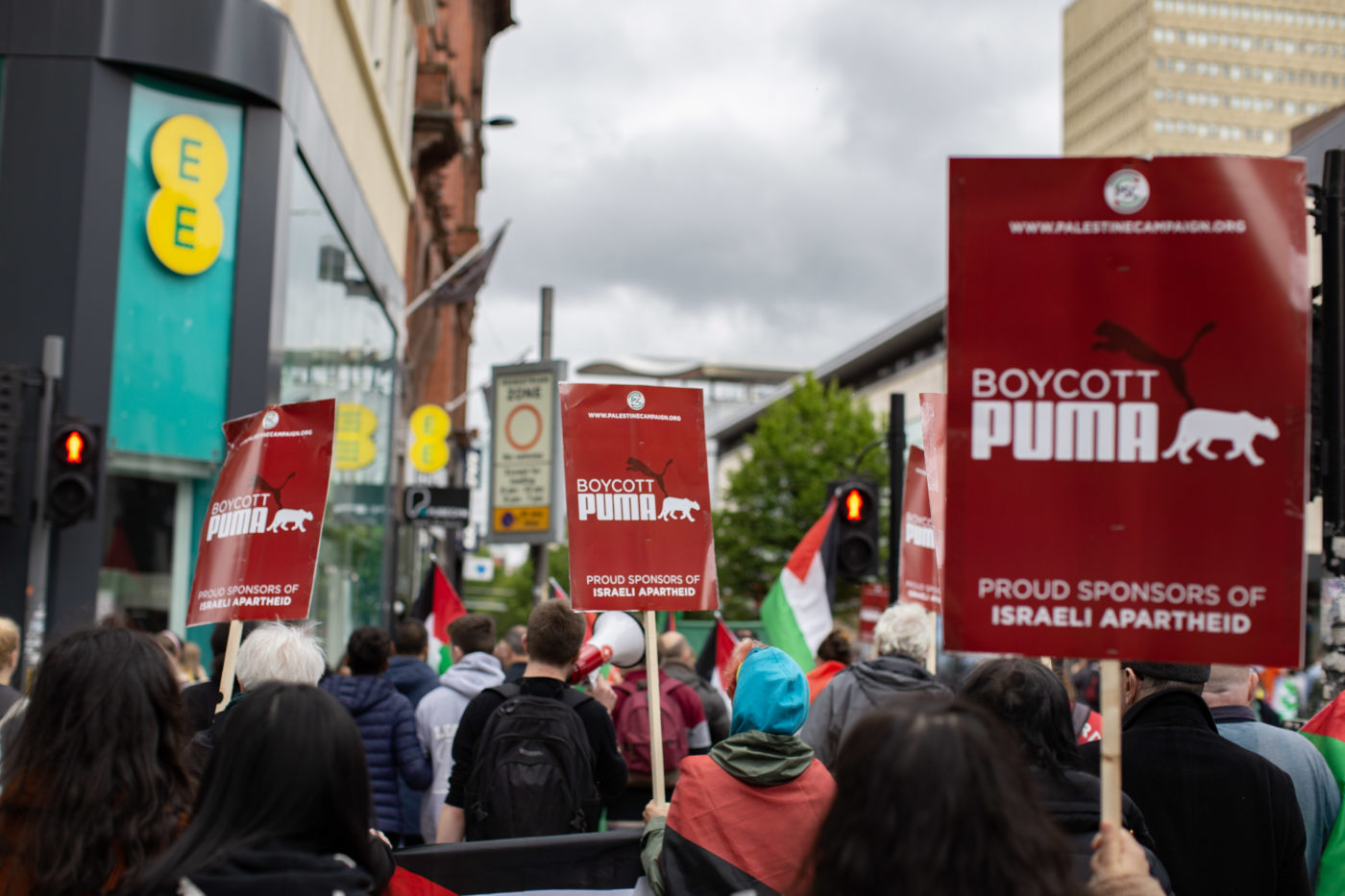