Here are three ways you can get involved and take action on the #BoycottPuma day of action on September 14th:

Whether there’s two people or 50, you can take action outside your local Puma branch, sportswear store that stocks puma, or your local football club (if sponsored by Puma) on the national day of action. Here are some examples of different actions you can take:

You can get as creative as you like with your action! Check out the Beautiful Trouble website for inspiration and different creative tactics.

Find out if there is an action planned in your local area!

Across the world, fans of fair play and sports for everyone are joining the call from Palestinian teams and athletes to boycott sportswear manufacturer Puma until it ends support for Israel’s illegal military occupation and denial of Palestinian human rights.

Puma is the main sponsor of the Israel Football Association (IFA), which proudly includes and advocates on behalf of teams in illegal Israeli settlements pushing Palestinian families off their land.

Last June, over 20 actions took place in the UK and groups in more than 20 countries joined the first Global #BoycottPuma Day of Action, with protests at Puma shops and offices and at Puma-sponsored teams.

On social media, #BoycottPuma was THE most tweeted Puma-related hashtag that day.

We’re back for round two.

Puma is feeling the pressure. To sideline criticism, Puma is resorting to ridiculous claims, including a “devotion to universal equality.”

A “devotion to universal equality” must mean not sporting with apartheid! It requires Puma to end its:

• support for Israel’s occupation infrastructure that denies Palestinian athletes their rights to freedom of movement and to practice sports.

• sponsorship of the Israel Football Association.

This year’s Palestine Football Cup has been postponed indefinitely because Israel has denied permits for virtually all players from the winning team of the Gaza League to travel to the occupied West Bank for the finals. Just last week, Israeli forces raided a family football tournament in occupied East Jerusalem, preventing it from going ahead. Puma’s iconic leaping cat is profiting from Israel’s ever-expanding illegal settlement enterprise and its denial of basic Palestinian human rights.

Join us as we step up pressure on Puma to live up to its claim of promoting social justice and take creative action [at LOCATION] to help pressure Puma to end their complicity with Israeli apartheid!

Here are three different ways you can spread the campaign message online and build the pressure for Puma to drop the Israeli Football Association!: 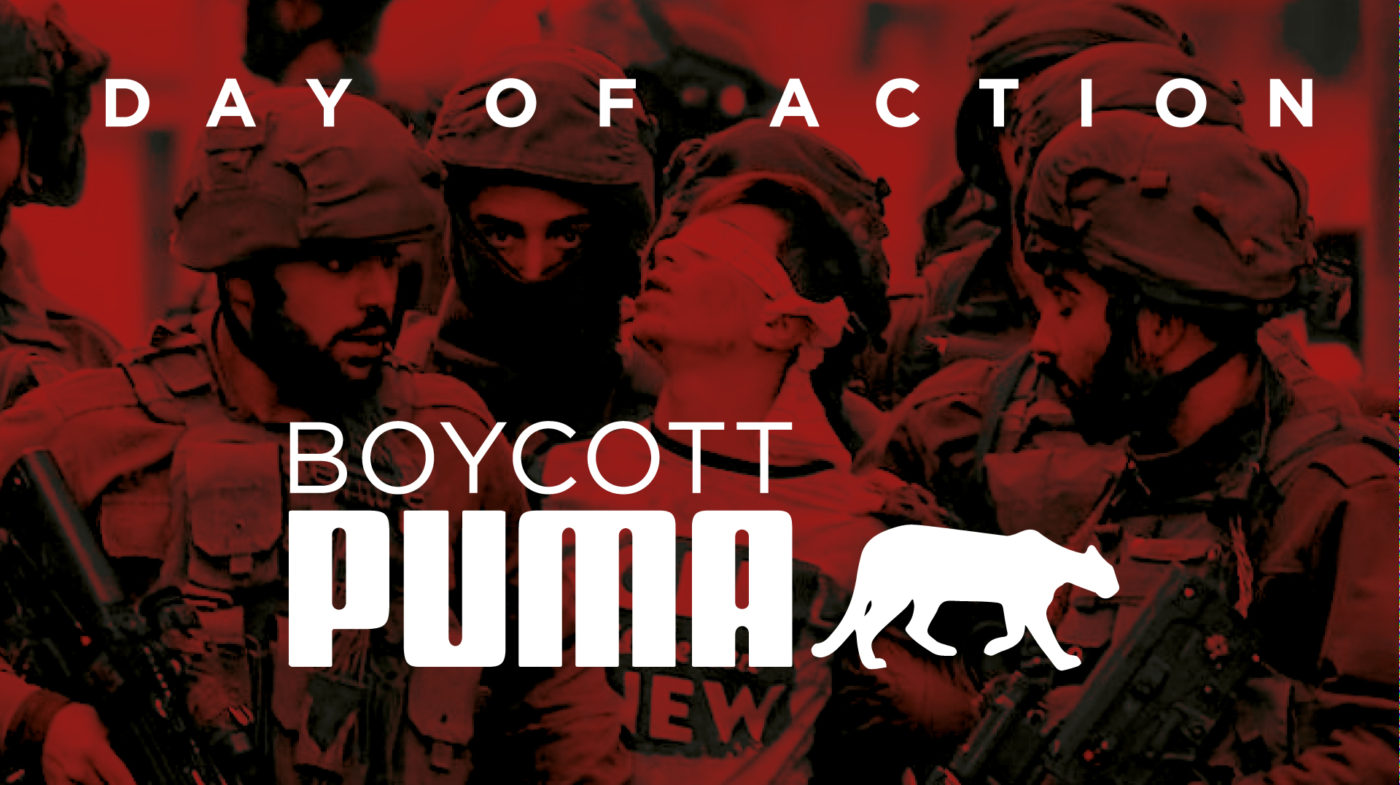 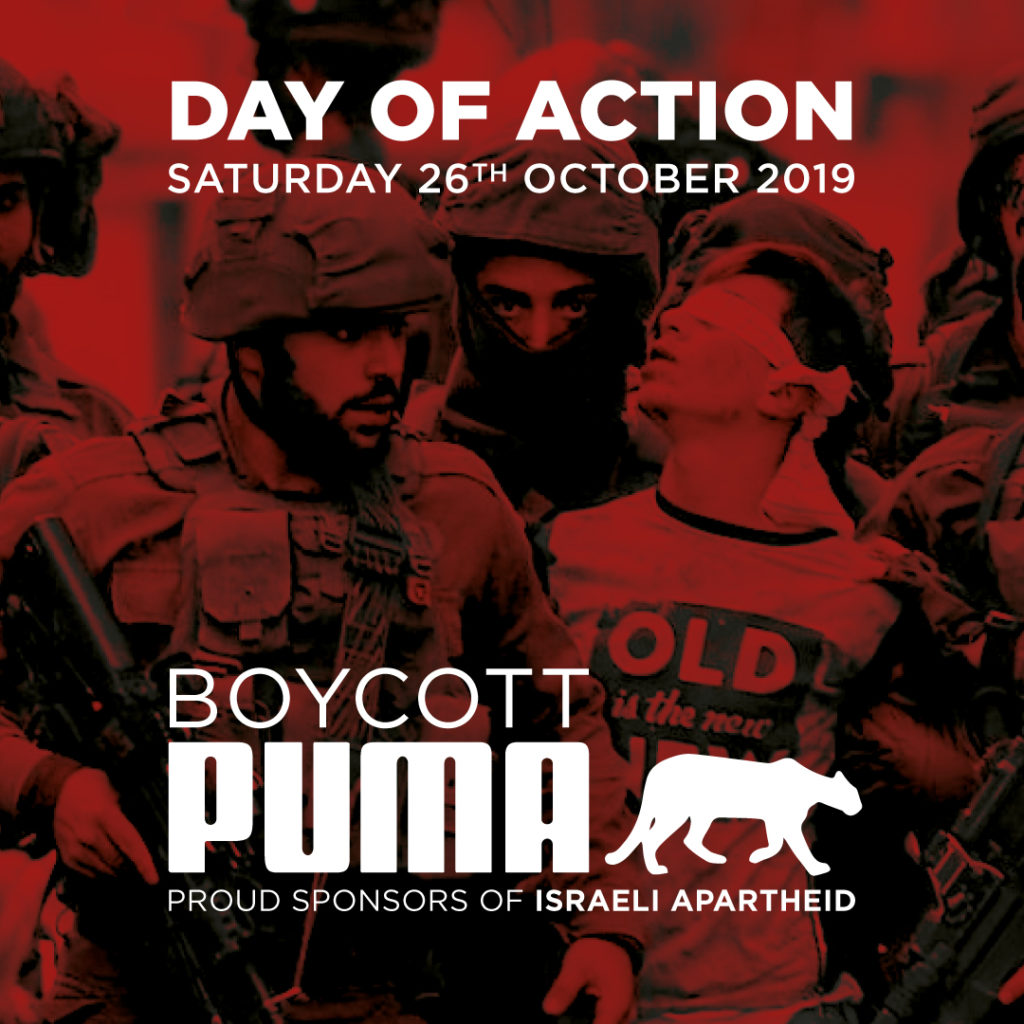