‘Solidarity with Palestine: Next steps for the UK Trade Union movement’ – a report of the PSC conference on 12 October 2019

The morning plenary on Palestinian Worker’s Rights under military occupation was opened by Professor Kamal Hawwash, PSC Chair and a UCU member at the University of Birmingham, who spoke about the continuing centrality of the Palestinian refugee issue and the legality of the right of return.

Three interactive seminars took place in the late morning, and were repeated in the afternoon. The first one was focused on the development of the work in the trade unions in solidarity with Palestine. Discussions led to a general agreement that there is a need to promote the issue of Palestine more in their respective unions, and to encourage members to join PSC and to get their branches affiliated.

The second seminar discussed Boycott, Divestment and Sanctions (BDS) in the framework of the solidarity work in the UK. The session looked at how trade unionists could use the BDS tools and methods to support the global movement to end the settler colonial system imposed by the Israeli state. There was general agreement that campaigns of divestment in companies complicit in the occupation should be a focus, and should feature as part of the international work of UK trade unions. This would be taking place alongside educational campaigns, particularly for workers employed in the companies and sectors which are part of the system of oppression in Palestine.

Understanding Israeli Apartheid: Making the Case for Palestinian Rights was the title of the third seminar. Advocates for Palestinian rights were able to find out how to present a clear and convincing narrative in support of the fundamental human rights of the Palestinian people. The session took an in-depth look at the Apartheid framework as a means to better explain Israel’s policies towards Palestinians, and explored ways to tackle common questions that activists face while campaigning.

The early afternoon panel saw representatives of a number of UK unions talking about the current solidarity work of their respective unions. Among other work we heard how UCU for example is working closely with Friends of Bir-Zeit University (Fobzu) and is supporting the longstanding student scholarship scheme in Scotland (SUSPS).  The NEU is campaigning on issues such as child prisoners and is sending regular delegations to visit Palestine. UNISON is leading on work around divestment from local pension funds. PCS has built links in Palestine based on union equality work. UNITE is sending regular delegations and is pushing the issue of Palestine in international global union networks.

There was general agreement in the Q&A session that more work could be done to bring union information and resources on Palestine together into one place and to try and establish stronger links between workers in Palestine and in the UK.  In addition, one of the practical things that unions can do is to encourage more branches to affiliate to PSC.

The final session included powerful speeches from Dr Mustafa Barghouti, General Secretary of the Palestinian National Initiative (PNI), Mick Whelan, General Secretary ASLEF, and Ben Jamal, Director of PSC. The speakers emphasised the continuing importance of international solidarity, particularly in response to Trump’s blatant pro-Israeli position on the status of refugees, settlements and Jerusalem. Another positive aspect of the session was a strong speech from Mariela Kohon, Senior International Officer at the TUC, on the importance of UK unions working together in support of the Palestinian people and building on the motion passed at this year’s TUC Congress.

Altogether the event was branded a great success in bringing together a number of trade unionists and activists from across the movement in one place to share ideas and plan for the future of the solidarity movement in the UK. This event took place at a crucial time, while attacks on the collective rights of the Palestinian people are intensifying, but on the other hand the global solidarity movement is growing stronger, with the trade union movement at its centre.

Please visit this page to affiliate your organisation to Palestine Solidarity Campaign: www.palestinecampaign.org/affiliate-to-palestine-solidarity-campaign 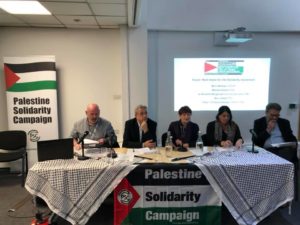 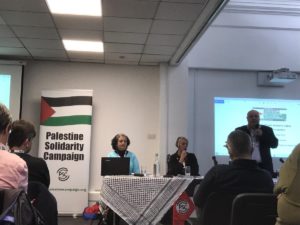 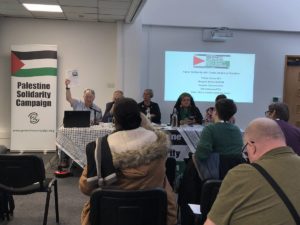 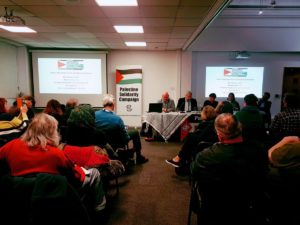 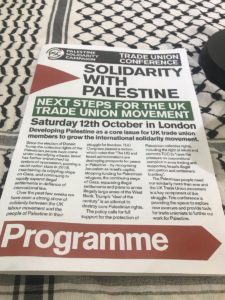 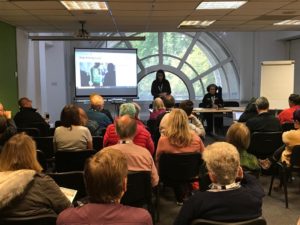