We have some big news – we are taking the government to court to protect our right to boycott.

As you know, the campaign for justice for the Palestinians is under attack in the UK. Last year, the government brought in measures to stop local council pension schemes divesting from companies complicit in Israel’s human rights violations.

Theresa May’s government thought they could just announce regulations to stop councils taking the ethical decision to divest from companies complicit in Israel’s human rights violations, but they were wrong.

Could you give £10 or more to help protect the right to boycott?

In December 2016, the PSC applied to take the government to judicial review – arguing that the new regulations broke the law. The government sought to convince the court that the case had no merits. The government has lost that argument, and we will go to a full trial this summer. The judge described the case as of ‘significant public importance’ and ordered it to begin as soon as possible. You can read more about the case on the Middle East Monitor. But the real legal fight has only just begun.

The principle for us is clear – you can’t put a price on justice. But legal fees are costly. To make sure we can continue with our necessary campaign work during the case, we need to raise £100k. That’s why we’re setting up the PSC Fighting Fund.

This money will enable to us to pay for the best legal defence available, continue to raise our voices for Palestine in parliament, the media, trade unions, on the streets, and run effective campaigns against settlements, HP, child prisoners and so much more. It will also help us to challenge other attempts to close down campaigning, such as the attacks on student activism.

Can you contribute a few pounds to the PSC Fighting Fund?

We know it’s a lot of money –but protecting our citizens’ rights to boycott and stand in solidarity with the Palestinian people is necessary. We can’t allow the government get away with this.

The government is trying to pull a fast one on the people of Britain who care about Palestine – but we aren’t having it. Nobody is above the law, and that includes Theresa May’s government.

“We are delighted that the court has agreed that PSC’s challenge to the Government is of significant public importance and has granted permission for the case to proceed. This represents a huge step in our efforts to overturn the Government’s attempts to prevent pension schemes from making ethical investment decisions. The Guidance represents a wider attack on people’s rights to protest about Israel’s violations of Palestinian human rights, including via the promotion of the peaceful campaign for Boycott Divestment and Sanctions. We are determined to defend both the rights of Palestinians and the ability of citizens everywhere to take action in support of those rights.”

Thank you for donating whatever you can. Your contribution and solidarity makes a real difference. 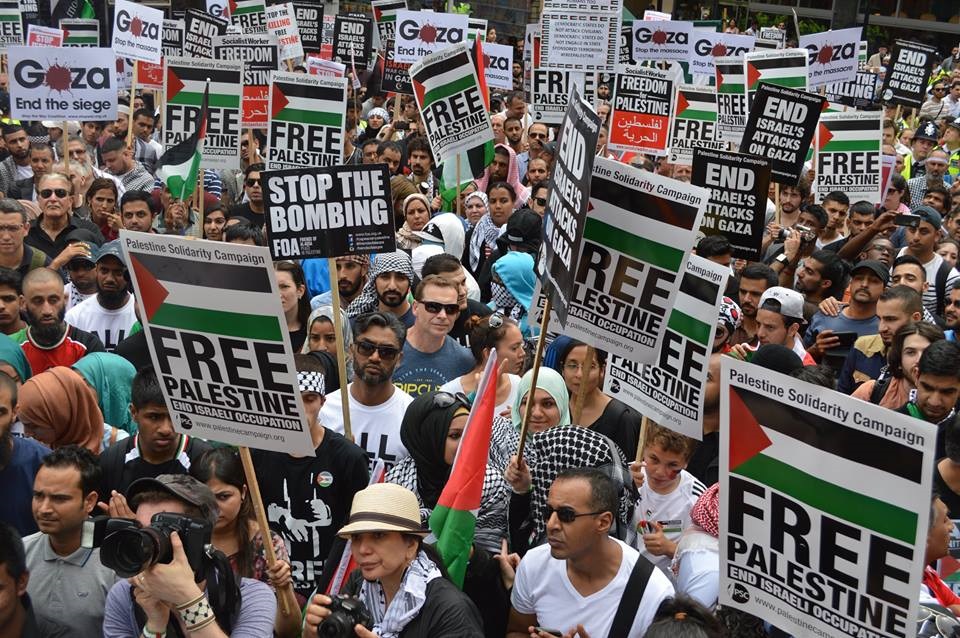