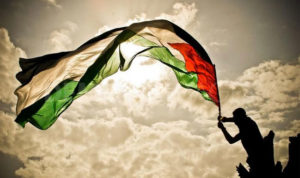 Palestine Solidarity Campaign welcomes and celebrates 2 big victories for the global Boycott, Divestment & Sanctions (BDS) movement which were announced on Monday 19th November. The first saw the Quakers in Britain commit to divesting their central funds from all companies profiting from Israel’s occupation of Palestine, whilst the second saw the home rental company Airbnb commit to removing listings in Israeli settlements in the occupied West Bank.

These decisions are further evidence that the global BDS movement is growing in strength. Whilst Israel continues to flout international law and commit human rights violations against Palestinian people, BDS is a tool which enables both individuals and organisations who believe in freedom, justice and equality to take non-violent action to oppose Israel’s crimes. History has shown us how powerful and effective this tactic can be, as is further illustrated by  Israel’s attempts to clamp down on BDS activism.

The decision by Quakers in Britain to divest funds from companies profiting from the occupation marks them out as the first UK church to take such action. This follows a recent history of international churches taking similar decisions to refuse to profit from Israel’s crimes, and we hope it will pave the way for other organisations committed to peace and justice to follow suit.

Airbnb’s move to drop listings in Israeli settlements in the occupied West Bank comes after a sustained 3-year campaign by a US-based coalition of human rights activists urging the company to cease profiting from occupied land. The announcement is a significant positive step in the right direction, and it is now pressing that Airbnb extend the remit of this policy to include Israeli settlements in East Jerusalem to solidify their commitment to ethical business.

These announcements follow a host of other victories for the BDS movement in recent months, including decisions by artists Lana Del Ray and Lorde to pull out of planned concerts in Israel in accordance with the call for a cultural boycott. Across the world, politicians, artists, academics, businesses and more are adding their voices to the growing call for Israel to end its oppression of the Palestinian people and respect human rights.

Momentum is behind the BDS movement, and there is no better time to get involved – there are loads of ways you can take action right now to show solidarity with the Palestinian people:

Today we celebrate these two important victories and use them to provide energy to sustain  the forward momentum of our campaigning. Forward together to freedom, justice and equality.