This year Palestine took centre stage amid the international discussions at TUC Congress in Brighton. This came at a crucial time with Israel’s Prime Minister announcing – during TUC Congress – that if elected he will annex huge swathes of the Occupied Palestinian West Bank. This announcement came in the context of sustained attacks on the collective rights of the Palestinian people. Israel has recently further entrenched its system of oppression; passing a racist nation state law in 2018, maintaining its crippling siege on Gaza, continuing to rapidly expand illegal settlements in defiance of international law alongside  the attempts to redefine  the status of Palestinian  refugees so it no longer applies to the descendents of Palestinians  expelled or forced to flee in 1948, leaving the majority of the Palestinian population trapped in a perpetual exile.

One of the highlights of the conference was the strong motion on Palestine, moved by the Artists’ Union England and seconded by PCS, which was carried overwhelmingly on Wednesday 11 September. The policy, supported by speakers representing a number of major national unions, calls for full support for the protection of Palestinian collective rights, and a commitment to work with Palestine Solidarity Campaign and TUC affiliates to strengthen the work targeting complicit companies in the occupation, illegal settlements and the wall.

Ben Jamal, director of Palestine Solidarity Campaign, said “The message from every major union was clear: we understand the seriousness of the assault on the collective rights of the Palestinian people being mounted by Israel with the support of Trump and far-right allies. UK trade unions have recommitted to ramp up the collective response and reaffirm support for a policy of boycott and divestment”.

All speakers highlighted the work carried out by their respective unions in solidarity with the Palestinian people, from building links with sister unions in Palestine, to the numerous delegations taking place every year. They all made strong commitments to carry on the crucial solidarity work within their unions, and to stand up for justice and equality for the Palestinian people, against the increased attacks on their basic rights.

Also featured in many speeches and discussions was the upcoming highly anticipated PSC conference for trade unions taking place in London on 12th October. The event, “Solidarity with Palestine”, features Dr Mustafa Barghouti as a keynote speaker, alongside representatives of all major UK trade unions, and a series of seminars to discuss BDS, the future of solidarity work and how to make the case for Palestinian rights. The full line up and details, including on how to register, is HERE. The conference has the support of the TUC and all major UK unions, once again showing the strength of the solidarity movement in the UK.

Please join PSC as a member and affiliate your branch and region to PSC, full details are HERE. 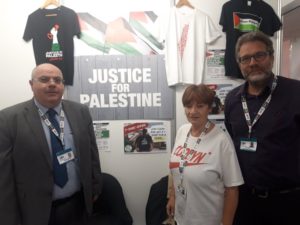 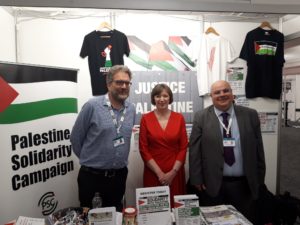 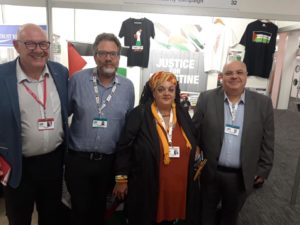 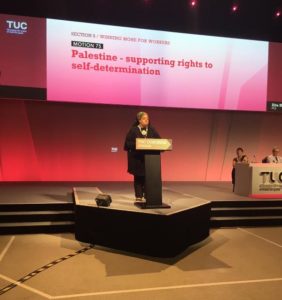 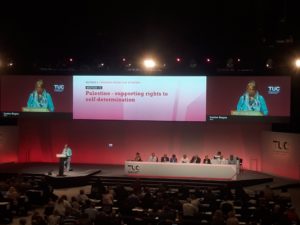 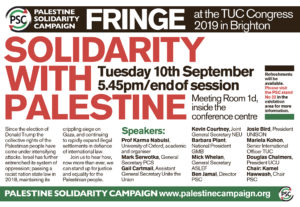 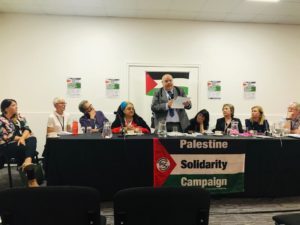 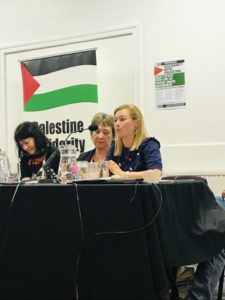 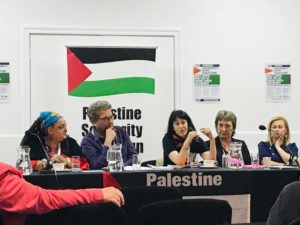 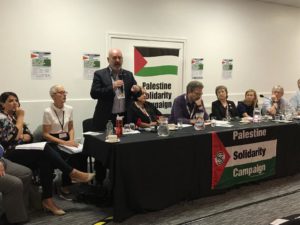 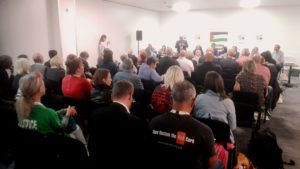 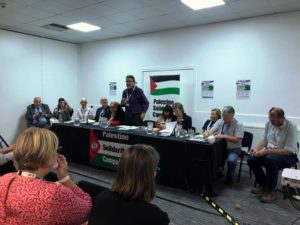