Hundreds have taken to the streets in dozens of towns and cities to call for an end to the UK’s complicity in Israel’s oppression of the Palestinian people, on the 6 year anniversary of the end of Israel’s aerial bombardment and ground invasion of Gaza. The protests come as Israel has conducted a renewed bombardment of Gaza, which remains under a crippling land, air and sea blockade.

The 2014 attack killed over 2,200 Palestinians in 51 days, nearly a quarter of whom were children. The UN Independent Commission of Inquiry on the 2014 Gaza conflict found credible allegations that Israel committed war crimes through its indiscriminate attacks on densely populated civilian areas, which left over 100,000 Palestinians homeless. 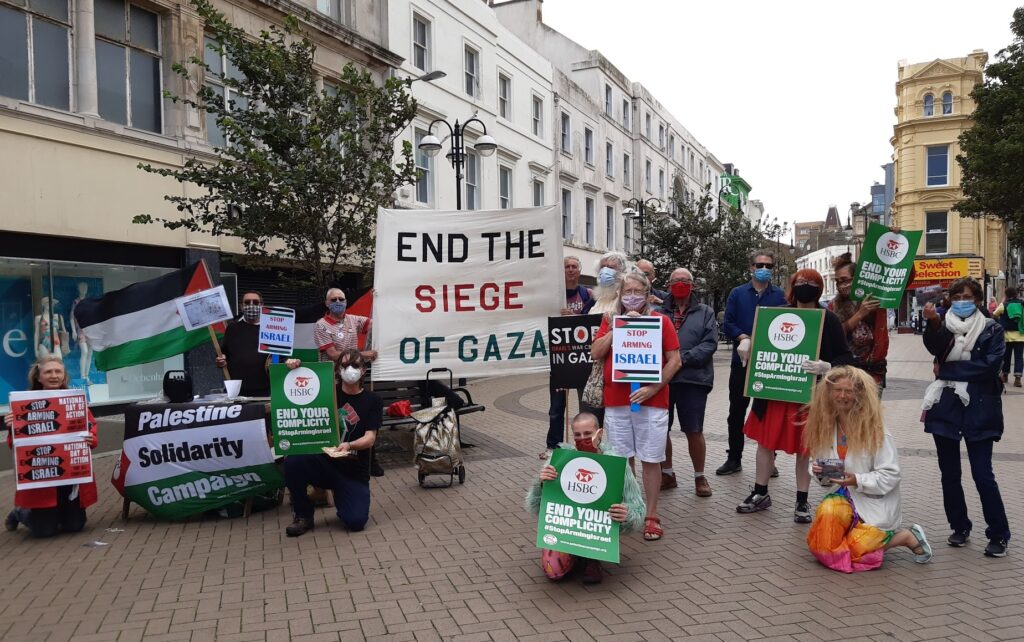 This will be an underestimate as there are also 31 Open Licences to Israel. These are mainly for aircraft equipment. Open Licences allow for an unlimited number of exports, so the real figure is likely to be significantly higher.

In May, a wide coalition of Palestinian civil society organisations issued a call for states to introduce ‘effective measures’ to stop Israel’s grave violations of international law, including its proposed annexation of large swathes of the illegally occupied West Bank. This includes enacting a ban on arms trade with Israel. 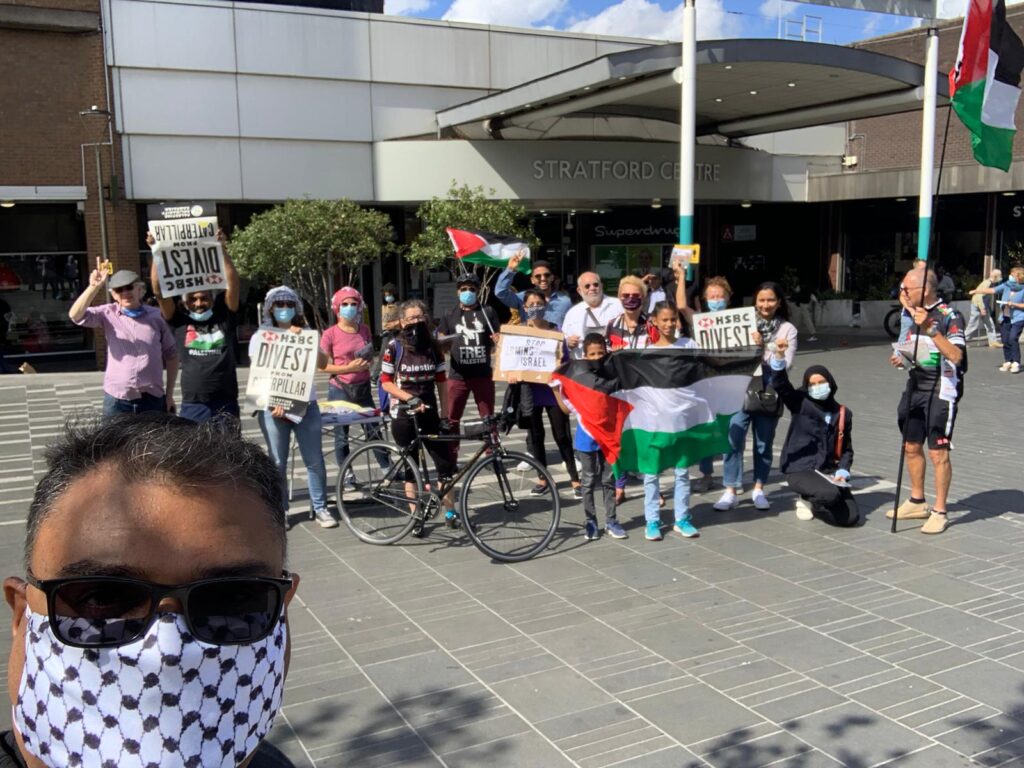 Many of the protests took place outside branches of HSBC. The bank is being targeted for providing investment, loans and financial services worth millions to companies that supply Israel with weapons and technology, such as Raytheon and BAE Systems. In addition, protesters also drew attention to recent research by Palestine Solidarity Campaign, which has uncovered that both UK universities and local authority pension funds have a raft of investments in companies arming Israel.

You can still take action! E-mail your MP and demand a two way arms embargo on Israel now!