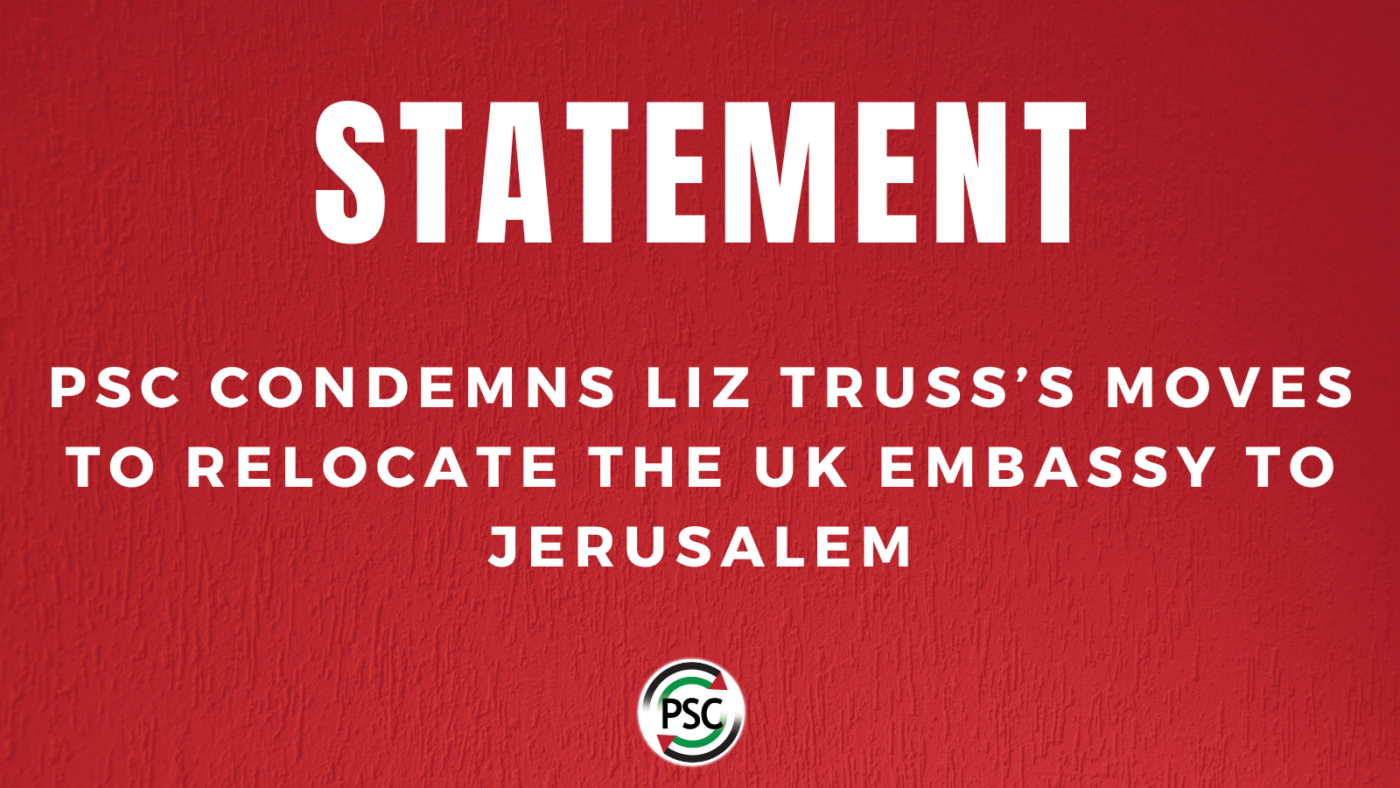 PSC condemns Liz Truss’s confirmation that she is formally considering moving the UK Embassy to Jerusalem. Such a move shows contempt for the fundamental rights of the Palestinian people and a flagrant disregard for international law.

Moving the embassy would contravene UN Resolution 478, which calls upon all nations not to establish diplomatic missions and embassies in Jerusalem. It also violates UNSC Resolution 2334, which declares that all Israeli settlements built since 1967 are invalid, and calls on all parties to avoid unilateral actions that disrupt peace.

In a speech made today to the UN General Assembly, Liz Truss made grandiose statements about the UK’s determination to play a role in upholding international law and its support for principles of self-determination and freedom. If the UK is to play any meaningful role in supporting such principles, it must demonstrate an ability to apply them consistently. You cannot, as Truss did, condemn Russia for its illegal occupation of the Ukraine and violations of the rights of the Ukrainian people, whilst taking action that supports Israel’s continuing violations of the rights of the Palestinian people including its illegal annexation of Jerusalem.

We call upon all MPs genuinely committed to the upholding of international law and human rights to make clear that they will strongly oppose any such moves on the part of the UK Government. We send continuing solidarity to the Palestinian people in their ongoing resistance to Israel’s imposition of settler colonialism, apartheid and occupation.