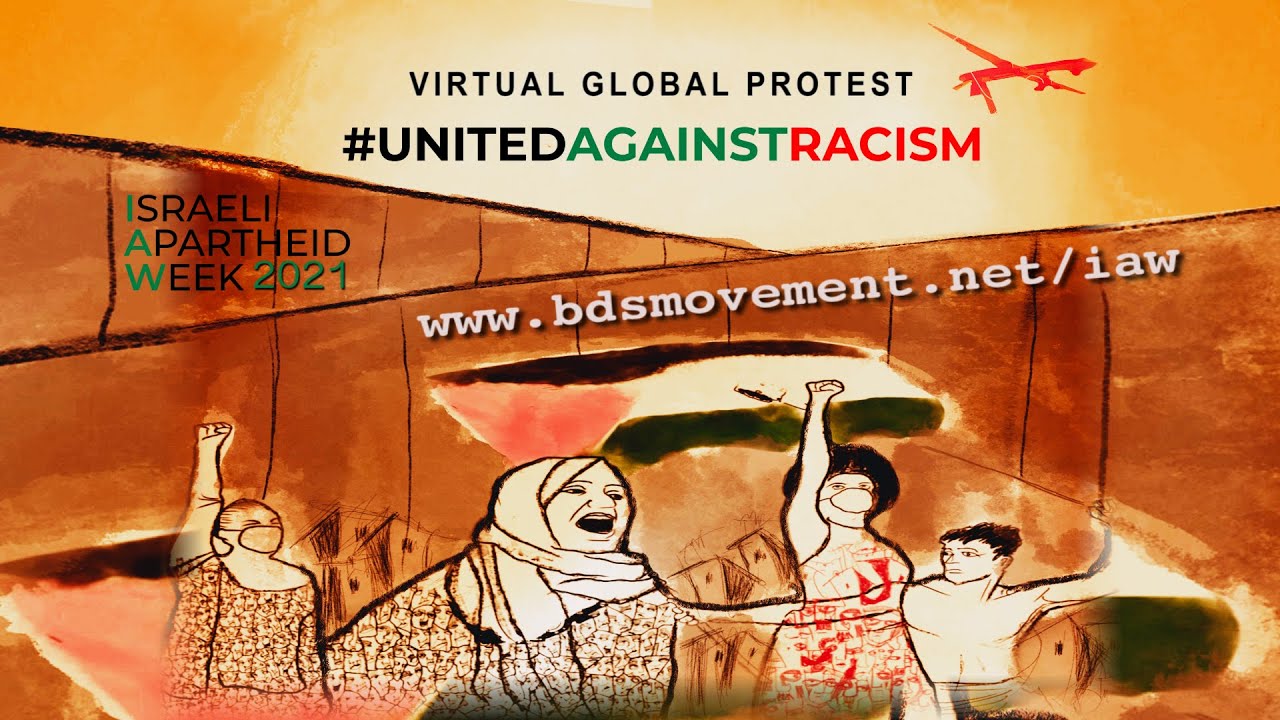 Israeli Apartheid Week 2021 is global and massive virtual protest to resist racial discrimination, colonialism, and apartheid and celebrate our struggles’ diversity and connectedness.

Student Palestine Societies, and other campaigning groups, have organised amazing webinars and events to act as a loudspeaker against racism and Israeli apartheid.

All credit goes to the student societies in organising these creative, energising and inspiring events!

Support their events on your campus and beyond…

Wednesday 17th March at 7pm: University of Exeter Friends of Palestine Society: Solidarity with Palestine and the IHRA