Israeli Apartheid Week has taken place for the last 14 years in over 200 universities and cities around the world. It aims to raise public awareness and build campaigns against Israel’s regime of apartheid and settler-colonialism because of racial domination, colonization of occupied Palestinian land, and the legalization of the systematic oppression of the Palestinian people by Israel’s laws.  Creative actions, panels, film screenings and more are organised to build support for the Palestinian-led Boycott, Divestment and Sanctions (BDS) movement.[/expand]

In 2020 IAW (March16th-22nd) is organised around March 21, the international day against racism and racial discrimination, the Day we commemorate South Africa apartheid’s massacre in Sharpeville.

This Israeli Apartheid Week we want to make it clear that the Palestinian struggle against Israeli oppression and Apartheid is embedded in a much wider struggle against racism and oppression worldwide. All progressive groups should struggle together for a world where there is justice, freedom and equality for all.

If you want to get involved during Israeli Apartheid Week, make sure to order your resources here and check out below the three different ways you can support the week of action!

Whether theres two people or 50, you can hold an event or take action against UK complicity with Israeli apartheid!

Here are some examples of different events/ actions:

You can get as creative as you like with your action/event! Check out the Beautiful Trouble website for inspiration from different creative tactics.

Creating a Facebook event for your action or week of actions, allows more people to be able to find your action and join in! We can also help promote your action/event to activists nationally searching for events/actions happening in their area during the week.

History has shown us that when movements for justice unite to take on oppressive forces, we can and will win.

The struggle for justice in Palestine is a struggle against an institutionalised discriminatory framework of power which meets the legal definition of apartheid. This is the lived experience of Palestinians – whether those living under illegal military occupation in the West Bank, East Jerusalem or Gaza, as second class citizens in the state of Israel, or as refugees denied the right of return.

The Palestinian call for Boycott Divestment and Sanctions (BDS) is a call for global resistance to apartheid, rooted in the affirmation that challenging Israel’s system of racism and discrimination is a crucial component of a universal anti-racist struggle.

This year, IAW takes place on the week coinciding with the international day against racism and racial discrimination – the day we commemorate the massacre that took place in Sharpeville, South Africa at the hands of the apartheid government.

Join us in taking creative action during IAW 2020 against all discrimination and racism, including an end to UK complicity with Israeli apartheid.

Join us and take action at ,

Here are three different ways you can spread the message online and build the movement #UnitedAgainstRacism: 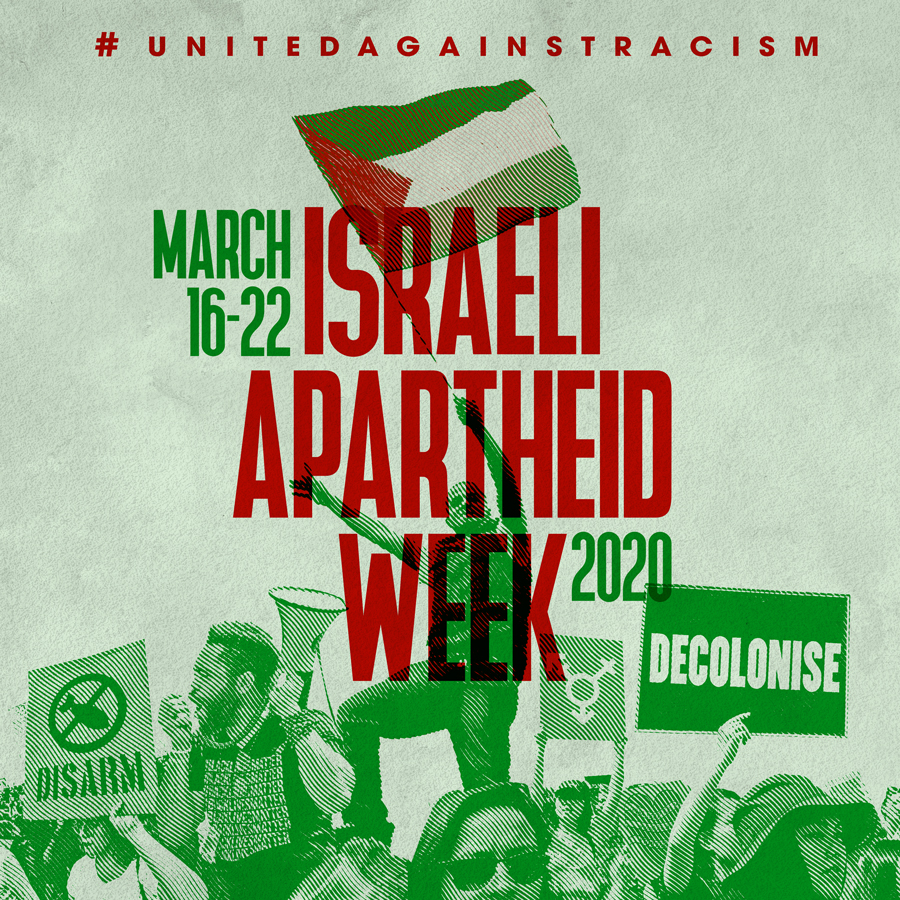 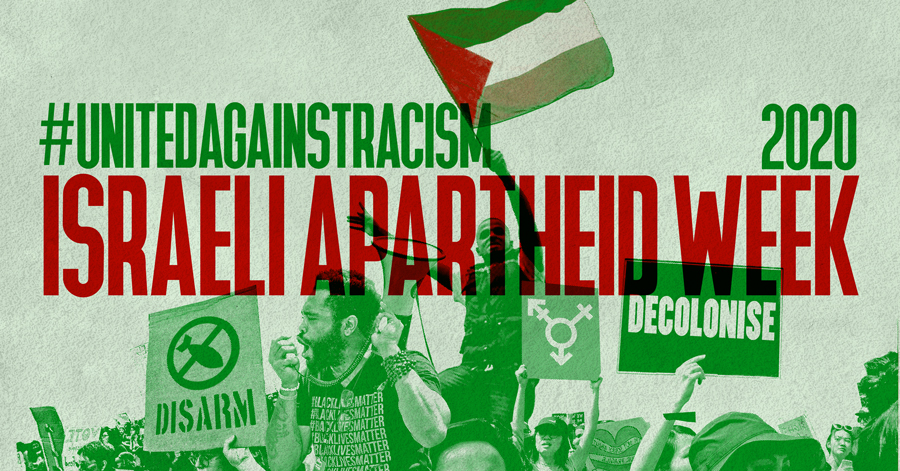