On Saturday 14th September, hundreds of PSC activists took action to call on banking giant HSBC to end its complicity with Israeli apartheid.

Actions took place outside HSBC branches at over 30 locations across the UK. The day saw a wide range of creative protests – from banner displays and die-ins to pickets and street theatre. 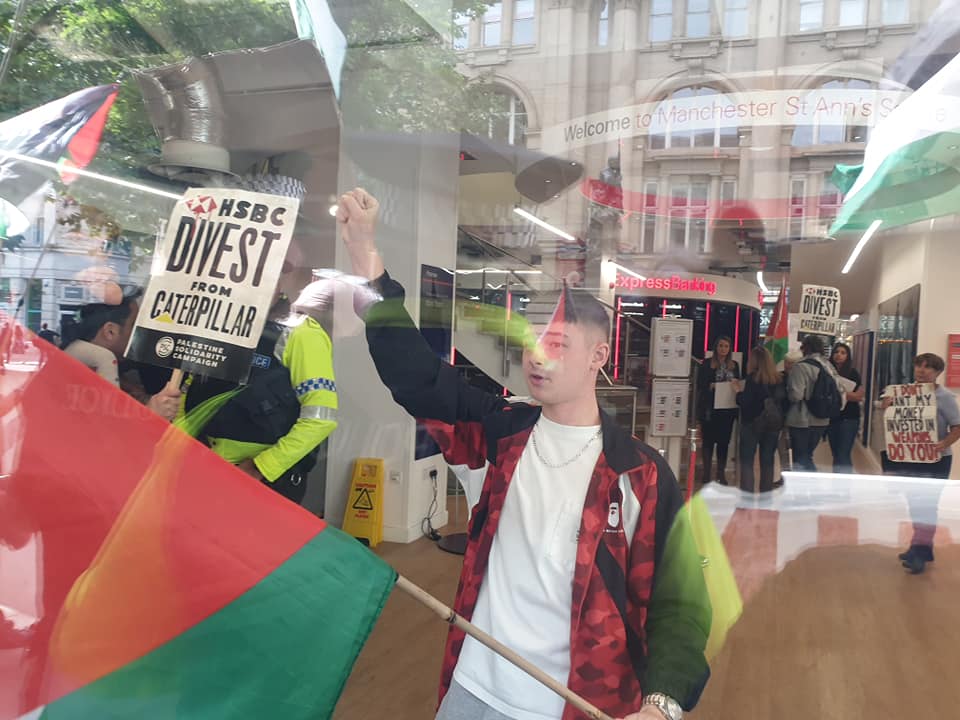 A few of the targeted HSBC branches were forced to close down due to the protests, and campaign letters were handed to Branch Managers at a number of locations.

The day of action served as a fantastic vehicle for awareness-raising, with thousands of leaflets being given out and productive conversations about Palestinian rights taking place all over the UK.

It was particularly exciting that two of the brand new PSC Youth Branches took part in successful actions! Watch this space for more from them…

There was also a national Twitter Storm which saw over 12 million impressions generated and the #StopArmingIsrael hashtag trending online.

Massive thanks to all PSC members and supporters that took part, both outside HSBC branches and online. We have sent a clear message to HSBC that we will not rest until they divest fully from all companies complicit in Israel’s violations of international law and human rights!

Support our campaigns and become a PSC member today