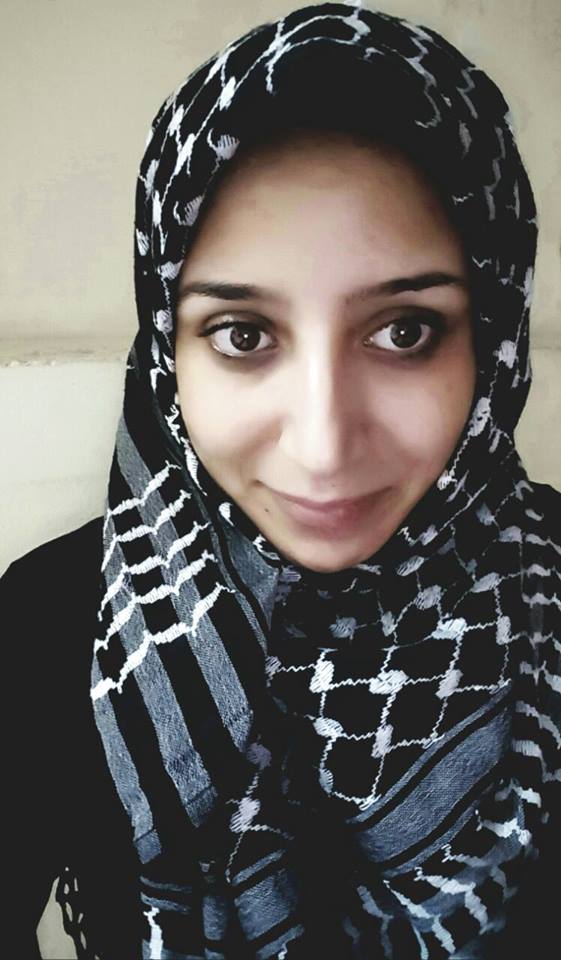 My name is Intimaa and I’m a student from Gaza.

During the last war on Gaza in 2014, I was in the United States finishing my master’s degree.

I heard the news that Gaza was being wiped out by Israel. Absolute destruction was taking place at the hands of a military that does not obey international law.

I tried calling my mother and siblings but there was no response. Later on, my uncle answered his phone: “We are alive”, he said. “There was heavy bombing tonight. We didn’t sleep, we have to evacuate the house, the whole area”. I ask, evacuate to where? “To nowhere!”.

At that moment I decided to go back to Gaza. So, I traveled to Jordan intending to head to Egypt, then onwards to Gaza – but that did not happen and I was stuck in Jordan.

I called my mom telling her that I am trying to be with them, at least I am trying. “Are you crazy, do not come, do not come to your death!” she shouted. Then, I lost her voice, and I lost my consciousness.

The next day, I called my friend who lives in the same area asking about the situation there. She was in shock; she couldn’t utter a single word. I was cursing myself for not being with them.

I met up with a dear friend from Gaza who lives in the Jordanian capital Amman, in order to share our news and prepare ourselves to go back home. As a way to feel our families’ pain we decided not to eat or sleep until the war came to an end or we reached home.

We waited and waited until I saw my family along with my neighbors and relatives on T.V. channels. They were barefoot, hungry, shocked and traumatized.

The war ended and I went back to the U.S., packed my luggage and got permission from the university to leave and to write my thesis in Gaza.

Now I live in Gaza, under siege. There is no electricity, clean water, medicine, or work.

Two months ago, I was so depressed. I made up my mind to leave Gaza in order to complete my studies or find a job. But I couldn’t decide. I refuse to go through the same experience in case the war starts again, which is all too predictable.