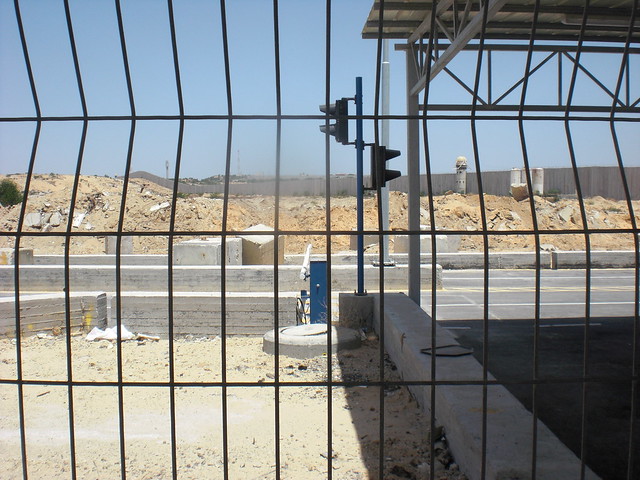 I’m one of thousands of Palestinian graduates who are stranded in a never-ending queue of unemployment.

I might sound terribly depressed to anyone who can find at least a part-time job after graduating from university, but I’m just another number in my home country.

I’m just one more person in Gaza roaming aimlessly, yet with so much hope and potential, especially after having studied for a year in the United States as an exchange student.

This is my story about a visit to Jerusalem.

I had been accepted to participate in an international educational program, which left me in disbelief. The idea of leaving the open-air prison of Gaza seemed impossible to me. But this was just the beginning.

I was told to be at the Erez checkpoint to travel onwards to Jerusalem for my visa interview. It was my first time as a 16-year-old that I had gone further than 30 miles from my house, in the south of the tiny Gaza Strip.

The 60-mile trip to Jerusalem should take less than 80 minutes by road, and it does in other countries, but in our case, as Palestinians, it takes much longer.

I headed towards the Israeli side of the checkpoint for inspection and interrogation.

We first had to go through multiple scanners and metal detectors, an enhanced version of airport security, with the addition of that you’re presumed guilty until proven innocent.

I was suspected of hiding something, under my sweaty clothes in the middle of June, and I was taken into a special inspection room where I was asked to strip naked.

It was my first time to be undressed in front of anyone, even my mother didn’t see me like that when I was that age.

I refused to take off my underwear even if it meant the cancellation of my permit, which had to be applied for several weeks prior to my travel.

I challenged the Israeli operative when he asked me to remove my underwear. I said to him in both Arabic and English that I will not take off any more clothes. After an argument, he agreed.

I waited for several more minutes before my clothes were returned after being scanned in another machine.

The queues were long and tiring, and they intentionally made us wait as they took yet another sip of their coffee, as if they were enjoying our predicament. 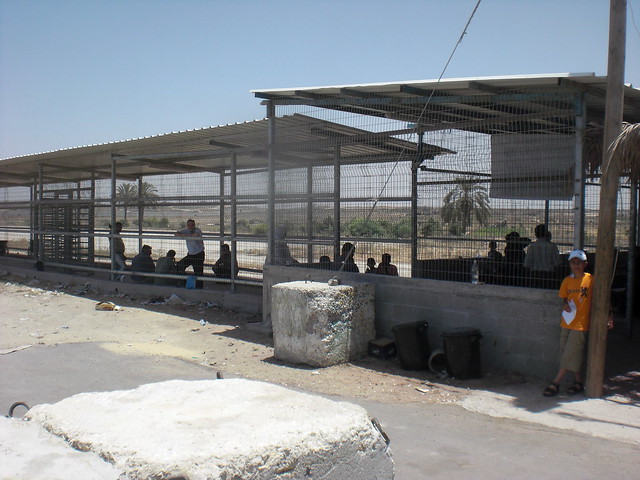 My turn came to be interrogated by the officer. She asked me in poor Arabic about my destination and the purpose of my trip.

I answered in English that I’m going to the American consulate for a visa interview. This was followed by questions about my scholarship, my hometown, and several attempts to sway me into incriminating myself.

I pretended to not understand what she was asking.

This first part of the trip was the hardest, with every security measure designed to intimidate and strangle every bit of hope we had. The next leg of the journey started when we got into a mini-bus driven by a Palestinian citizen of Israel.

He was in his fifties, and he knew every road and where it led. He asked us where we were originally from, then he started pointing to streets “Yebna is this way, Jamal”, he told my friend “and it’s called Gan Yavne now”.

“Where is Wadi Hunain?” I asked. “It’s very far from here; if you get to come back when you’re older, I’ll take you there. But it’s called Ness Ziona now, named after the Israeli settlement built on its ruins”.

This led to me to again question how and why this land was taken away.

Maybe God hated me and my family, to remove us from our homes and exile us into Gaza, to be replaced by Europeans who claim my home was theirs, that God gave it to them.

Of course I understood what occupation meant, and how it worked, but what I didn’t understand is, why Palestine?

We arrived in Jerusalem, only to be met with more and more shocks as we saw Hebrew names all over the streets and shops.

I felt sadness, not because Hebrew is a foreign language that isn’t a part of the Palestinian heritage, but because it was imposed against my people by force.

We were stopped by Israeli police several times in the short time we had to wander the streets before and after our interview. Each time we were asked for our identification and asked why we were in Jerusalem.

We didn’t have time to visit Al-Aqsa Mosque, the Islamic landmark in Jerusalem’s old city.

We headed home and arrived at Gaza at around 7pm that same day, just one hour before the expiry time of our permit, which only allowed us 12 hours to leave Gaza, do the interview, and return.

The way back to the prison that is Gaza felt more like the herding of cattle back into their farm. We were not searched, not interrogated, and not spoken to.

We passed through different lanes, with armed guards on the sides of the corridor leading to Gaza. The doors shut after we passed.