The Frontline of Israel’s Settlement Regime by Salah Ajarma

By Salah Ajarma, the cofounder and director of Lajee Cultural Centre in Aida Refugee camp.

Aida refugee camp, in which I live and work, is on the edge of the famous town of Bethlehem. Our families established the camp in 1950 after being forcibly expelled from their homes by Zionist militias in 1948. Palestinians from our camp originate from villages in the Jerusalem and Hebron districts, just a few miles down the road. Those born since, still live in the refugee camp, and continue to struggle for the right to return to our homes.

In April 2000, me and a number of friends established the Lajee Centre, a community-based cultural centre for young refugees living in the camp. Through it we have sought to provide opportunities for the cultural, educational and social development of our young people, despite the violent military occupation under which we live. As an occupied refugee people, we are aware of the duty to educate our youth about their history and their rights. Only in this way will our struggle for freedom be carried to the next generation.

In 2002, Israel’s government began the construction of its illegal wall.[1] Its consequences are now perhaps well known – land confiscation, ghettoization, and an accelerated ethnic cleansing of Palestinians. In Aida the wall has been particularly obtrusive with its towering concrete blocks built directly opposite the Centre. The young people I work with have only ever known a life surrounded by this wall and under the constant surveillance of its ominous watchtowers. Before its construction, families and children would spend time in nature, in the olive groves that neighboured the camp. As one of the few green spaces available to us, I would often go there for picnics with my family when the weather was warm. This has now been shut off from us, creating a menacing, stifling atmosphere that we cannot escape. On the hill opposite, Israel’s illegal settlement of Gilo continues expanding onto land confiscated by the wall. 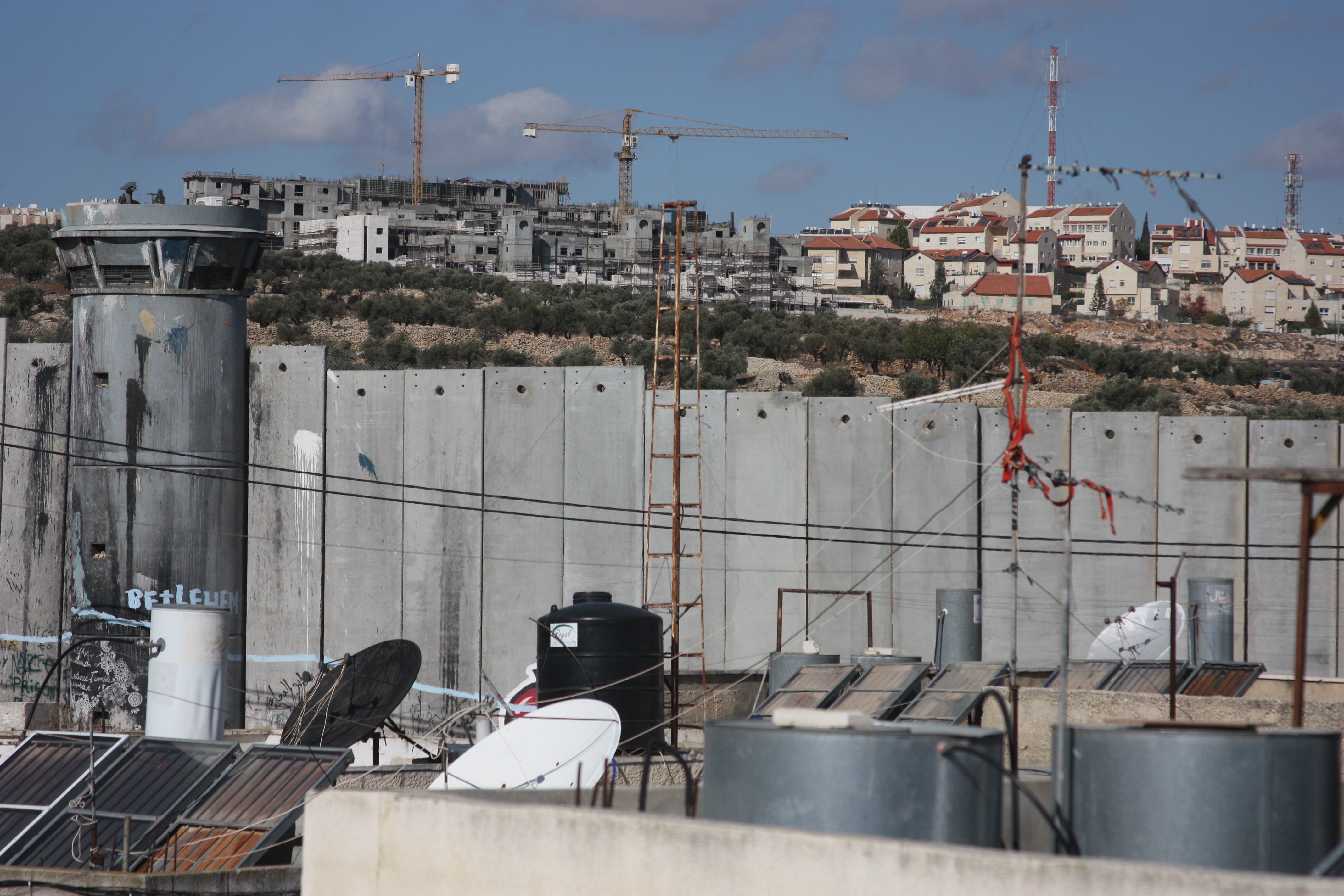 In October 2015, Aida Camp buried one of its sons, Abd al-Rahman Ubeidallah, who was shot in the chest by an Israeli sniper. He was 13 years old and killed on his way home from school. His peers, almost without exception, have all been arrested, beaten or fired upon. The head of Lajee’s film unit, Mohammad, was shot in the eye with a rubber-coated steel bullet whilst filming Israeli violations in the camp in 2013. We are routinely broken into by Israeli soldiers and border police who invade the camp, firing teargas indiscriminately and threatening our families over loudspeakers.

These intolerable conditions are particularly difficult for our young people who, in the midst of such cruelty, maintain an extraordinary optimism. It is difficult to understand how children raised in such an awful situation can remain so full of gentleness and hope. Lajee is always alive with laughter, dancing and singing and our youth have transformed this dreadful situation into a boundless love for our people and an insistent demand for freedom. Their resilience never ceases to inspire me, and it is for their future, and the future of my two young daughters, that I continue my work. These young people deserve to live with dignity and peace.

Our work in Lajee has found support from around the world. From the UK there has been a steady stream of delegations – teachers, trade unionists, students, doctors, politicians and academics – who have visited our Centre. Early this year I came to the UK with our dabke troupe, performing traditional Palestinian dance to packed out venues up and down the country. When Celtic supporters raised funds for Palestine in anticipation of a UEFA fine, it was to our football club that they donated over £79,000. Our experience of the generosity of the British people has left us in little doubt as to their values and their willingness to stand in solidarity with our just case.

The same cannot be said of the UK Government. As Palestinians, we know all too well the dishonourable history of Britain in our region, a legacy that has yet to be resolved. The UK Government, like many others, continues to support the discredited ‘peace process’ whilst taking very little meaningful action. Nowhere is this more evident than in the case of Israel’s continued construction of colonial settlements. The UK regards settlements as illegal and a barrier to peace, whilst nevertheless continuing to trade with them.[2] The contraction between their stated aims, on the one hand, and the on-going financial relationship between UK-based companies and charities, on the other, has lead to the longstanding perception amongst Palestinians that the UK Government is not serious about its desire for peace. What other explanation could there be for this inconsistency?

For us, talk of peace is contradicted by our daily experience of an oppression that receives significant material and financial support from the ‘international community’. That the collective efforts of the EU, the US and the UN have failed to even freeze the construction of settlements, never mind begin to dismantle them, feels indicative to Palestinians of the regard with which our rights are held. Settlement construction has become a touchstone issue because it reflects the reluctance of the international community to take even the most minimal action to check the relentless march of Israeli colonisation.

We need a different strategy, one in which the international community takes measures to pressure Israel into meeting its obligations under international law. Ending settlement trade is the place to start as there is already broad international agreement on their illegality. This international consensus needs to be actualised by halting the building of settlements and dismantling those already constructed. This would lay the foundation for a just peace in which the rights of the Palestinian people to national self-determination and to return to their homes can be realised.

For us in Aida, on the frontline of Israel’s settlement regime, the situation is urgent. Ending trade with settlements would deny Israel the means of maintaining their occupation and give us some relief from its immediate, choking effects. This would provide our children and us with the first glimmer of hope for a future of justice, dignity and peace.

[1] International Court of Justice: Legal Consequences of the Construction of a Wall in the Occupied Palestinian Territory.
[2] Trading Away Peace: How Europe Helps sustain illegal Israeli Settlements.