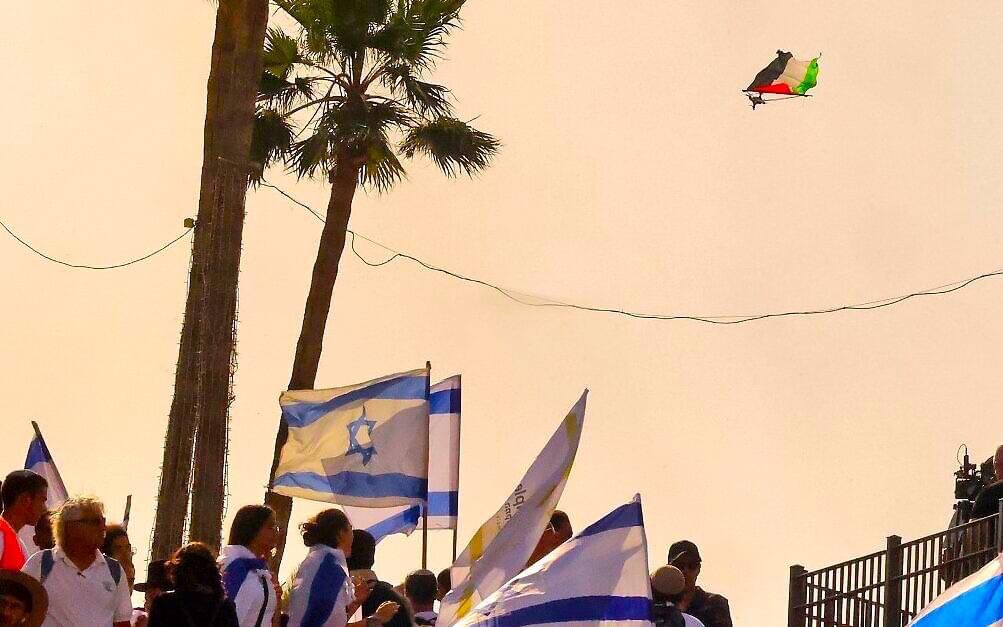 Yesterday’s Flag March was not, as some would wish us to believe, a one-off display of racism by an extremist fringe, unrepresentative of the Israeli mainstream. Rather, it’s an annual state-endorsed manifestation of the principles of racial supremacy that underpin Israel’s settler colonialism and system of apartheid .

As in previous years, thousands of violent Israeli settlers stormed the streets of the Old City in Jerusalem shouting “death to Arabs”, “we will burn your villages”, and this year adding the mocking of the death of journalist Shireen Abu Akleh into the mix.

And as in previous years, marchers spat upon and attacked Palestinan residents of the city in the presence of Israeli police, who largely protected the settlers.

It is this same police , under Government instruction, that pre-emptively launched an arrest campaign of Palestinians in East Jerusalem earlier the same day, blocking Palestinian males under the age of 50 from entering Al Aqsa mosque in order to clear the pathway for the marchers.

The march itself led to at least 79 Palestinians being wounded by the settlers as well as the police protecting them. Palestinians were fired at with rubber-coated steel bullets, and attacked with stun grenades and pepper spray.

Medics were assaulted by the police and journalists – including a BBC crew – were also attacked and taunted by chants of “Shireen is dead” by the Israeli settlers.

The march was endorsed by several Israeli ministers, with the Deputy Mayor of Jerusalem hailing it as a “festival of love”. Members of the Knesset, Israel’s parliament, partook in the events.

It is difficult to conceive of such overt displays of violence and virulent racism endorsed by senior politicians and facilitated by the state taking place anywhere else in the world without comment from the UK Government and senior politicians here in the UK. It is difficult to envisage an attack on a BBC crew in the context of such a march taking place anywhere else without a strong response from the BBC. And yet… there is silence on both accounts. And to add a further dimension, UK-based pro-Israel groups have openly participated in the march previously without condemnation.

We call upon the UK Government, senior politicians from all parties and the BBC to condemn the actions that took place. We call on them to condemn the role of the Israeli Government, police and municipal bodies in facilitating and justifying these fascistic parades which took place not just in Jerusalem but in other cities across Israel too.

These annual events and their normalisation within Israeli society speak to the truths revealed by BT’selem, Human Rights Watch and Amnesty International in describing Israel’s system of apartheid, built – in the words of BT’selem –  on one organizing principle, that of “ advancing and perpetuating the supremacy of one group – Jews – over another – Palestinians.”

We call upon the Government and all senior politicians to cease efforts aimed at repressing these facts and the consequences that flow from them, including efforts to repress the legitimate demands of Palestinian civil society for a campaign of boycott, divestment and sanctions until Israel’s oppression is ended.