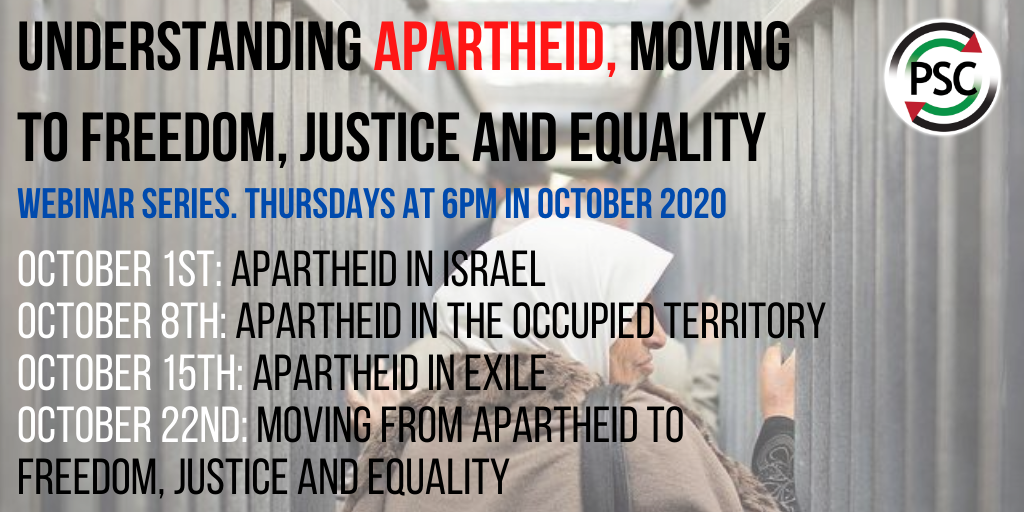 Since its foundation, Israel has built and maintained a system of institutionalised racist discrimination against all parts of the Palestinian people, whether living under occupation, in Israel, or as refugees and exiles.

The seminal United Nations report by Richard Falk and Virginia Tilley in 2017 clearly laid this out, contributing to a shift in discourse. Israel’s passage of the nation state law, followed by its publicly stated aim of annexing at least 30% of the West Bank – following its illegal annexation of East Jerusalem and the Syrian Golan Heights – has further exposed its apartheid reality.

The question for the movement for Palestinian rights is how to transition from the ugliness of the present day to a future of freedom, justice and equality? What would this look like on the ground, irrespective of political frameworks?

This weekly series of webinars throughout October will tackle – but also go beyond – the way in which Israel’s practices meet the definition of apartheid under international law and their effect on Palestinians in all areas of their lives.