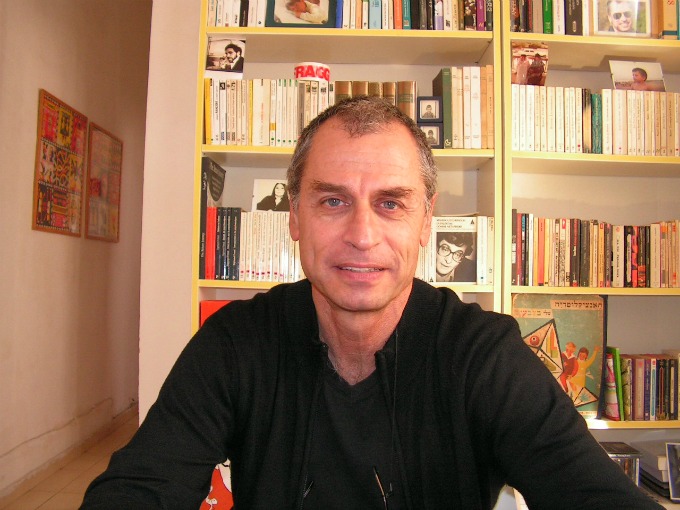 Eitan Bronstein Aparicio is the founder of Zochrot (2001) and co-founder of De-Colonizer, set up in 2015 together with political anthropologist and activist Eleonore Merza Bronstein.

De-Colonizer is a research and art laboratory that produces materials to expose and challenge the colonial nature of the Israeli regime. Based in Tel Aviv, the work of De-Colonizer is both local and international and all the material are available in Hebrew, French and English. De-Colonizer sees the situation in Palestine / Israel as settler-colonialism and combines research and activism to address it. Its activities include seminars, direct actions, conferences and alternative tours in Israel and Palestine.

De-Colonizer has done significant work on the Nakba in Israel. It produces videos on direct action in the streets of Tel Aviv, such as this one in 2016 to commemorate the Nakba.

In January 2018, Eitan and Eleonore published their book called “Nakba in Hebrew”. It reflects on the political journey that changed the discourse on the Nakba in Israel. A survey among Israeli Jews that was conducted especially for the book found the close to fifth of them support the right of return of the Palestinian refugees. Eitan will offer some insights on this specific research.

Eitan will also present the map “Colonialism in Destru(A)ction that shows the Palestinian, Syrian Jewish localities destroyed since the beginning of Zionist migration until today and into the future.