Student Day of Action for Palestine 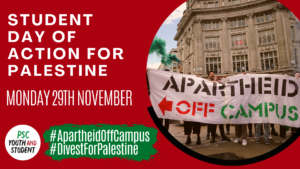 FACEBOOK EVENT HERE!
In recent weeks, the Israeli government has stepped up its systematic attacks on Palestinians advocating for their rights.
Late last month, Israel moved to criminalise six Palestinian human rights and civil society organisations, in an attempt to evade accountability for its violations of Palestinian rights.
This draconian crackdown comes in the context of continued attacks on Palestinian human rights defenders, including students. Israel’s violence didn’t end in May, when it intensified its ethnic cleansing campaign against Palestinians in occupied Jerusalem, and bombarded already beseiged Gaza.
Since then, Israel has conducted mass arrest raids across historic Palestine, including on university campuses.. At Birzeit University, hundreds of student activists have been arrested by Israeli forces.
Palestinians have always pushed back against this repression, and university students have always been at the heart of the Palestinian anti-apartheid struggle. But they need our solidarity now.
Israel can only maintain its repressive rule because of the complicity of our government and our institutions.
Our research has found that UK universities invest over £400million in companies complicit in Israel’s grave breaches of human rights. This includes companies supplying weapons and military technology to Israel, used to oppress Palestinians.
On November 29th students on campuses across the UK will take action. We’ll be standing with Palestinians under attack, including the 6 recently criminalised civil society organisations and Palestinian university students who continue to demand their right to education, despite constant threats against them.
We’ll be demanding our universities respond, by ending their complicity in Israeli apartheid – NOW.
Will you join them and take action on your campus?
Ideas to join the day of action!
1. Use the placards to organise a demonstration or protest as part of the campaign on your campus.
2. Organise a banner-drop to let other students know you #StandWithTheSix, and you’re demanding the university #DivestForPalestine and get #ApartheidOffCampus.
3. Hold a meeting on Palestine, or organise a film screening or cultural event. We can help you find a speaker/film – get in touch!
4. Run a stall on campus to promote your campaigning. Let other students know what’s happening, and how to get involved!
Resources (click to download) (More tbc!) 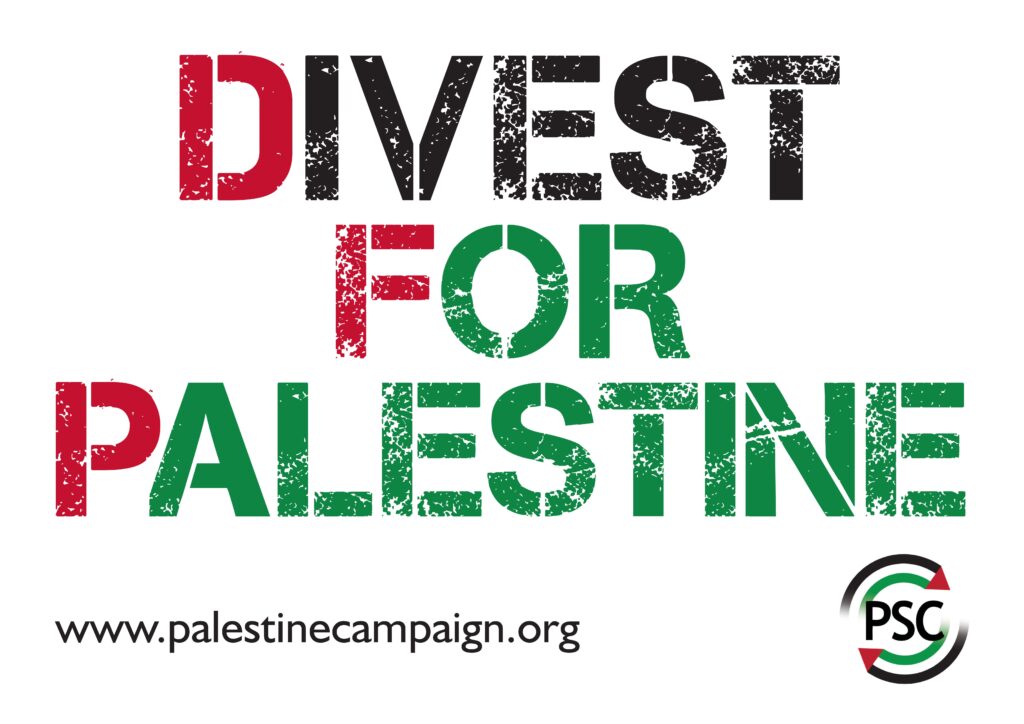 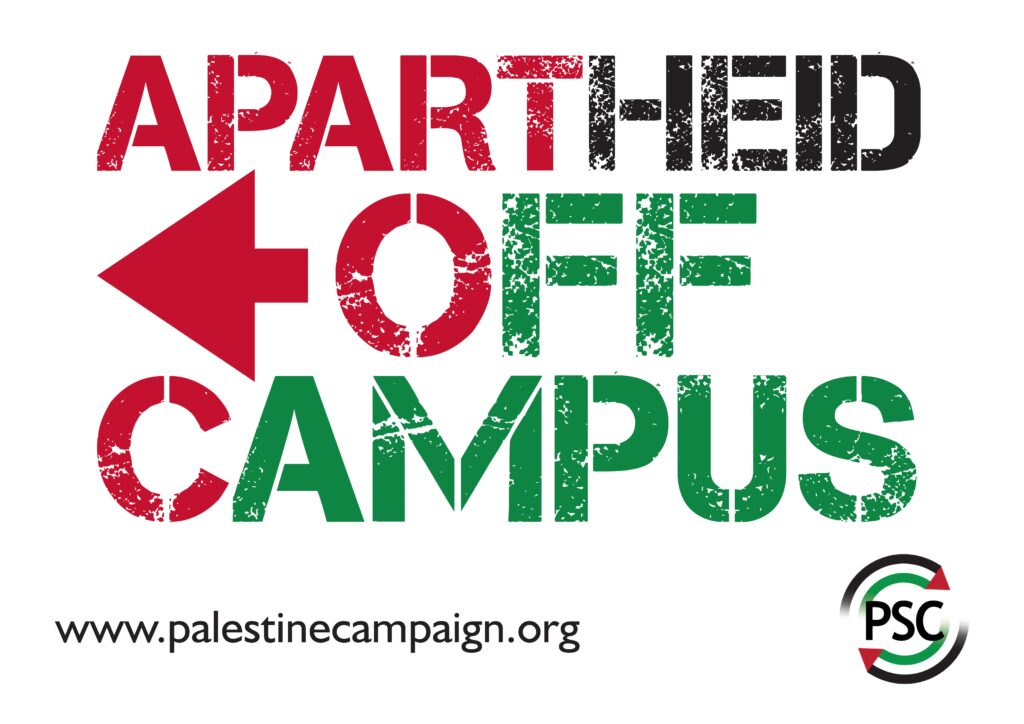