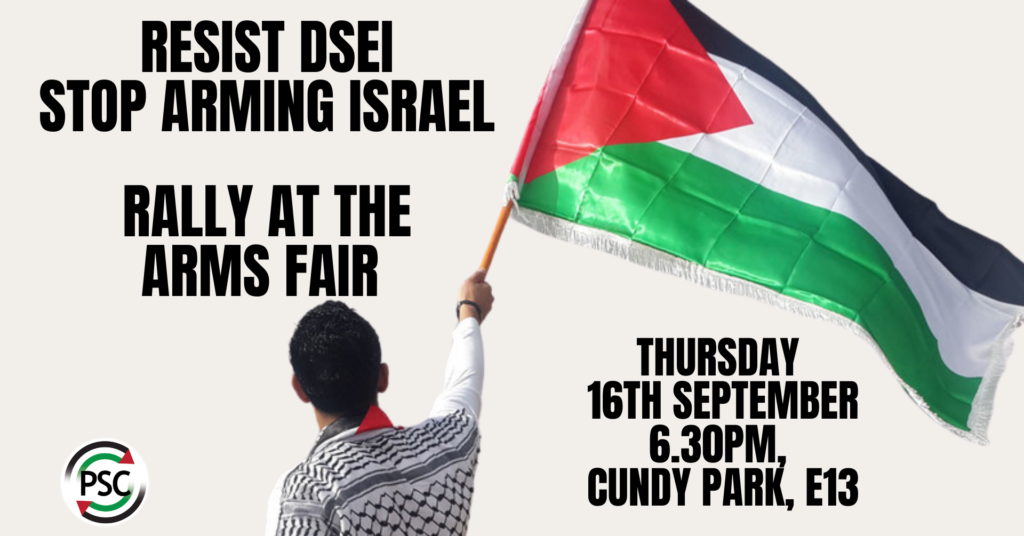 In September, the world’s largest arms fair, Defence and Security Equipment International (DSEI), returns to London.Through DSEI, London will play host to delegations from a range of human rights abusing states, who will look to buy and sell repressive military technology.

The Israeli state is a seasoned attendee of the fair. Israel operates an oppressive regime of military control over the Palestinian people in the territory it illegally occupies, as part of a system of racial discrimination over all Palestinian people. A range of scholars, legal experts and human rights organisations, including Israel’s largest NGO B’Tselem, and Human Rights Watch, have noted that this system amounts to the crime of apartheid under international law.

This short rally will bring Palestinian demands and voices directly to the heinous event.
We’ll be led by a host of Palestinian voices in commemorating those who’ve fallen victim to Israel’s violence, though speeches, spoken word, and other creative performances.