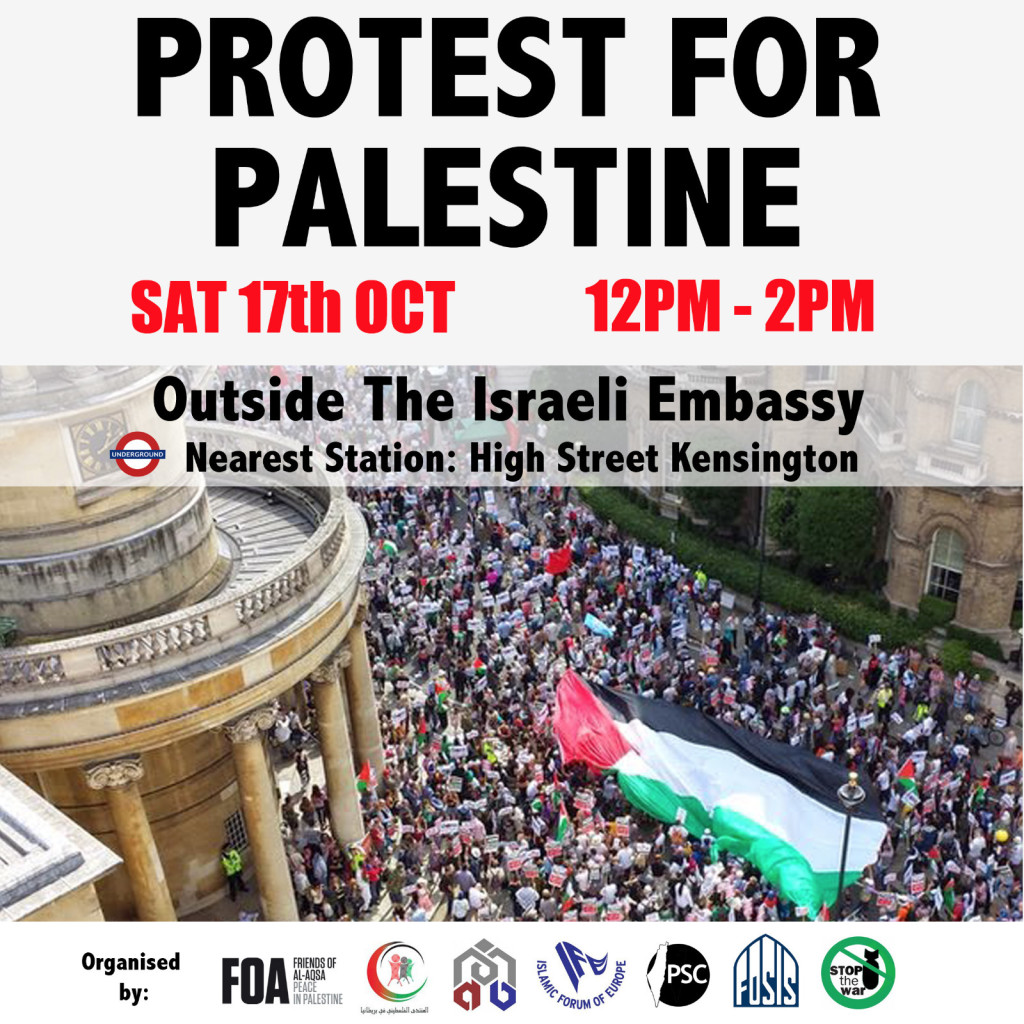 This Protest for Palestine has been organised by Friends of Al-Aqsa, Palestinian Forum in Britain, Muslim Association of Britain, Islamic Forum of Europe, Palestine Solidarity Campaign, FOSIS and Stop the War Coalition.

We have come together to oppose this escalating attack on Palestinians. We welcome all who stand with us in our opposition to all forms of racism, including antisemitism and Islamophobia. Supporters of Palestinian rights encompass all faiths and none. Muslim, Jewish, Christian, Atheist, religious and non-religious people all stand together on this protest.

We condemn antisemitism, Islamophobia or any form of racism.  Palestinians have seen their lives destroyed by the horrific scourge of Israeli racism, colonialism and apartheid.  We stand with Palestinians in their struggle for a future free of racism, colonialism and apartheid. There is no place for racism in a progressive movement fighting for justice and human rights.

The organisers ask that those present respect the Palestinian national flag, and use only this flag, showing our steadfastness, unity and solidarity with Palestine.