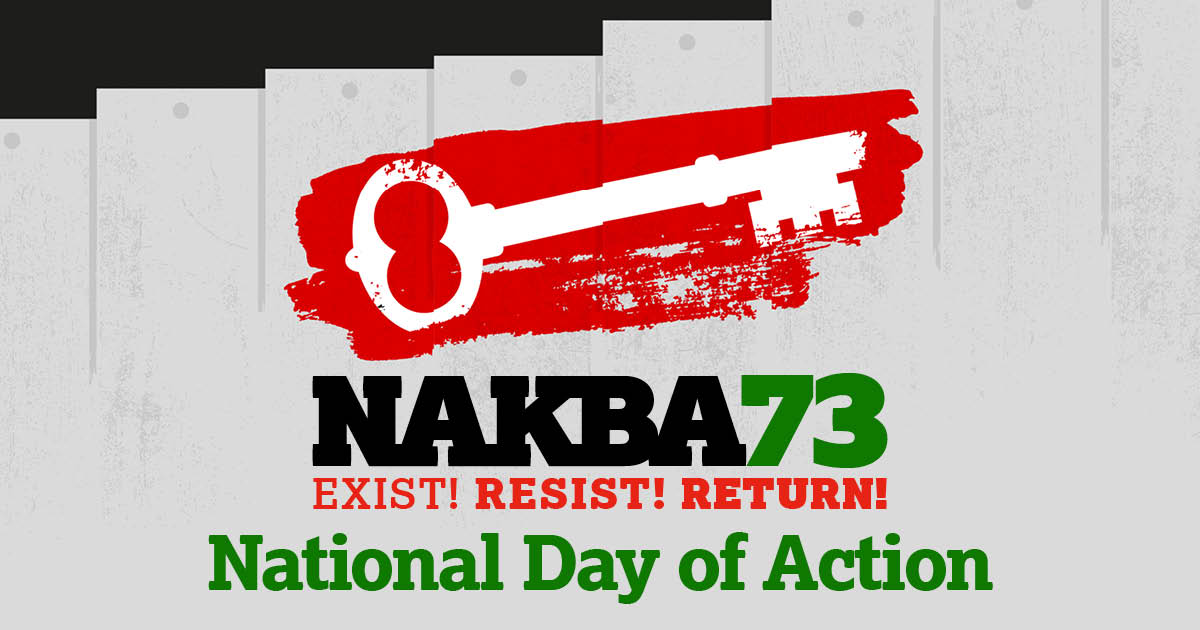 FOR JUSTICE AND RETURN! STOP ISRAEL’S ONGOING NAKBA #Nakba73 #SaveSheikhJarrah #ExistResistReturn
Between 1947 and 1949, Zionist paramilitary and Israeli forces ethnically cleansed and eradicated over 500 villages and cities in Palestine, forcing into exile over 750,000 Palestinians, and taking over 78% of the land of historic Palestine.
Known as the Nakba, or catastrophe in Arabic, this forced displacement was the basis for the foundation of the Israeli state.
Today, over 7 million Palestinians live as refugees or exiles, denied the right to return to the land from which they, or their family, were forcibly expelled. A right which is enshrined in international law. Palestinians who remained in the State of Israel, and those in the occupied territory, many of whom are refugees, face a system of discriminatory racist rule that amounts to the crime of apartheid under international law.
The forced removal of the Palestinian population did not end with Israel’s foundation in 1948.
Israel continues to displace and exile the indigenous Palestinian population.
Israel is attempting to ethnically cleanse Palestinian families from their homes in Sheikh Jarrah, occupied Jerusalem. Four of the Palestinian families face the prospect of being evicted this week. As Palestinians protest in Jerusalem against these evictions, and Israel’s ongoing programme of ethnic cleansing, Israeli forces have responded with brutality, including an assault on worshippers at Al Aqsa Mosque that has wounded hundreds.
With the complicity of the international community, the Nakba continues.
That’s why we must act, NOW.
On Saturday 15th May 2021, take action in your local community. Stand together for an end to Israel’s ethnic cleansing of the Palestinian people, and for the right of return for all exiled Palestinians.
HOW TO TAKE ACTION:
1. Print our signs and placards and, complying with all social distancing guidelines, take a picture in your local community.
2. Post on social media with the hashtags #Nakba73 #ExistResistReturn. Remember to tag us @pscupdates
Let’s take to the streets and flood social media for Palestine!
Placard download 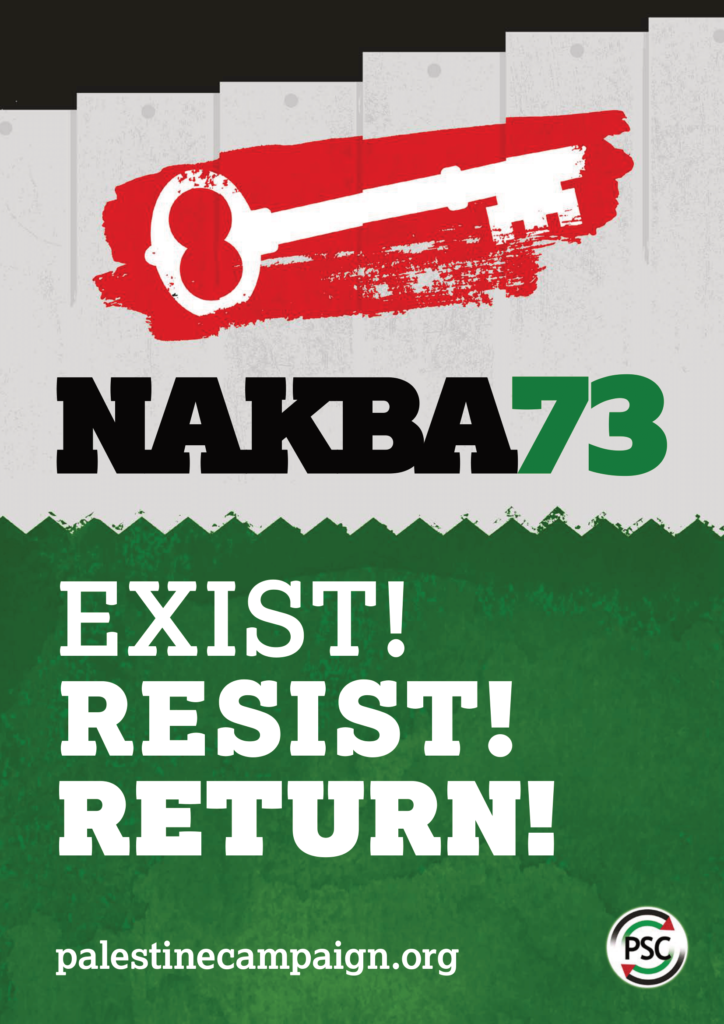 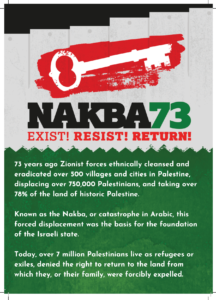 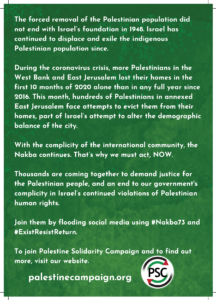