March for Justice for Palestinians

MARCH FOR JUSTICE FOR PALESTINIANS 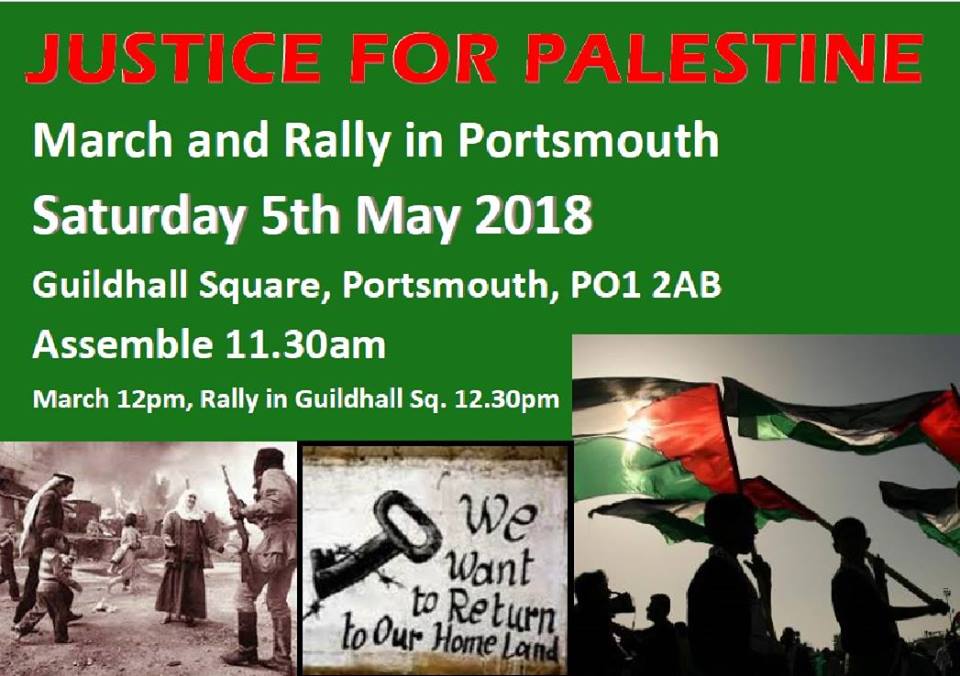 2018 is the 70th anniversary of the Palestinians’ Nakba (catastrophe), the ethnic cleansing of Palestine.

To create the state of Israel, 75% of the Palestinian population were expelled, or prevented from returning if they had fled. Some 200,000 more Palestinians were expelled when Israel occupied the rest of Palestine in 1967.

Now, in recent weeks, hundreds of Palestinians demonstrating for their right of return in the “Great Return March” have been brutally gunned down by Israeli forces and dozens killed, even journalists identified as press corps.

The dispossession of Palestinians continues today in the occupied West Bank, Gaza and East Jerusalem, with 600,000 illegal Israeli settlers, tens of thousands of homes demolished, checkpoints strangling communities and their economy, and apartheid laws.

Under the 4th Geneva Convention Britain must take action to end Israel’s violations of international law. Instead, the UK government trades weapons with Israel.

But all around the world, Muslims, Jews and Christians, people of all faiths and none, have answered the call from Palestine for BDS – Boycott, Divestment and Sanctions – the non-violent response to Israel’s dispossession and occupation.

Join us on 5th May to show solidarity with the Palestinians, demonstrate support for the BDS campaign, and call on the UK government to take action now to end Israel’s illegal occupation.

Freedom and Justice for Palestine!