This film, by the Palestinian director Elia Suleiman, is a surreal black comedy. The film records a day in the life of a Palestinian living in Nazareth, whose girlfriend lives several checkpoints away in the West Bank city of Ramallah.

One lyrical section features a beautiful sunglasses-clad Palestinian woman (played by Manal Khader) whose passing by not only distracts all eyes, but whose gaze causes Israeli military checkpoint towers to crumble. The director features prominently as the film’s silent, expressionless protagonist in an iconic and powerfully moving performance that has been compared to the work of Buster Keaton, Jim Jarmusch and Jacques Tati. 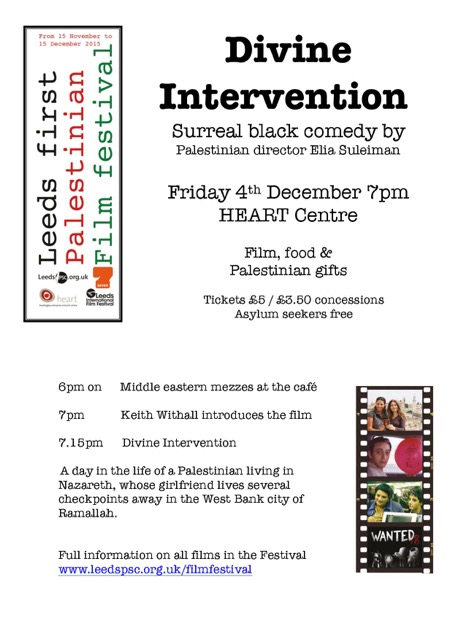