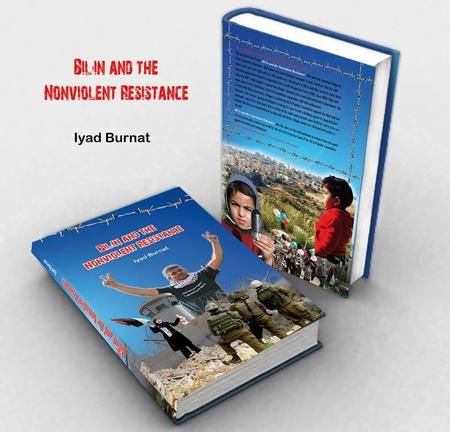 Iyad Burnat will be touring the UK and Ireland from the 15/09/16 until 10/10/16 with his new. new book Bil’in and The Nonviolent Resistance

Iyad leads Bilin’s non-violent struggle in the occupied West Bank. He is the head of the Bil’in Popular Committee against the Wall, and has led non violent weekly demonstrations since 2005 against the Israeli West Bank barriers. Iyad is also head of Friends of Freedom and Justice in Bil’in, a pro-Palestinian organisation with the stated aims of building a “wide network of people from all over the globe who support Freedom and Justice for all”

Iyad described his choice of nonviolent protest, saying “The belief in one’s rights is more important than anything else. If I am confident about my rights, nothing will make me despair…When you resist an Israeli soldier by peaceful means, their weapons become irrelevant. The strategy paid off when Israel’s Supreme Court issued a ruling on the path of the fence around Bilin. Iyad and Bilin’s residents proclaimed partial victory in their protests. Per the Israeli court ruling, Israel had begun preparations for the construction of the wall’s new route which returns to the village 30 percent of its land.

One of Iyad’s greatest achievements was the recipient of the James Lawson Award for Achievement in the Practice of Nonviolent Conflict 2015, Iyad, the community of Bilin, Israelis and international peace activists continue their weekly peaceful demonstrations and will do until justice, freedom and peace has been achieved.