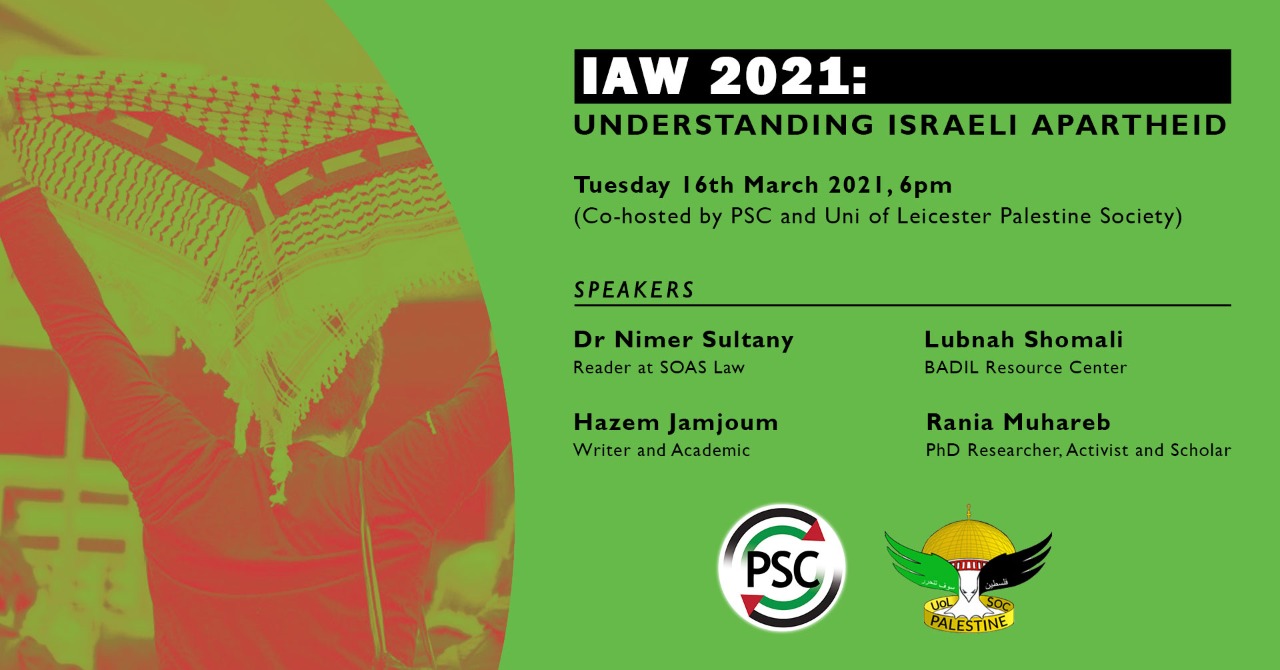 CLICK TO REGISTER HERE
Since its foundation Israel has developed a system of institutionalised racist discrimination against the Palestinian people. Whether living under occupation, as citizens of the Israeli state, or in exile, Palestinians face a system of rule which collectively oppresses and subjugates them.
This year, Israel’s publicly stated aim of annexing at least 30% of the West Bank – following its illegal annexation of East Jerusalem and the Syrian Golan Heights – has further exposed its apartheid reality.
This webinar, co-hosted by Palestine Solidarity Campaign and Uni of Leicester Palestine Society, as part of the global Israel Apartheid Week, will explore how Israel’s treatment of all parts of the Palestinian population amounts to the crime of apartheid under international law.
Expert speakers will explore the way in which Israel’s practices meet the legal definition of apartheid, while focusing on the effect on Palestinians in all areas of their lives.
SPEAKERS:
Rania Muhareb, PhD researcher and scholar
Hazem Jamjoum, al-Shabaka policy member, scholar.
Lubnah Shomali, Unit Manager for BADIL Resource Centre
Nimer Sultany, Reader at SOAS Law, commentator.
CLICK TO REGISTER HERE
We use cookies to give you the best experience on our website. To learn more, please visit our Privacy Policy. By continuing on our website, you accept the use of cookies and our revised Privacy Policy Accept
Privacy & Cookies Policy