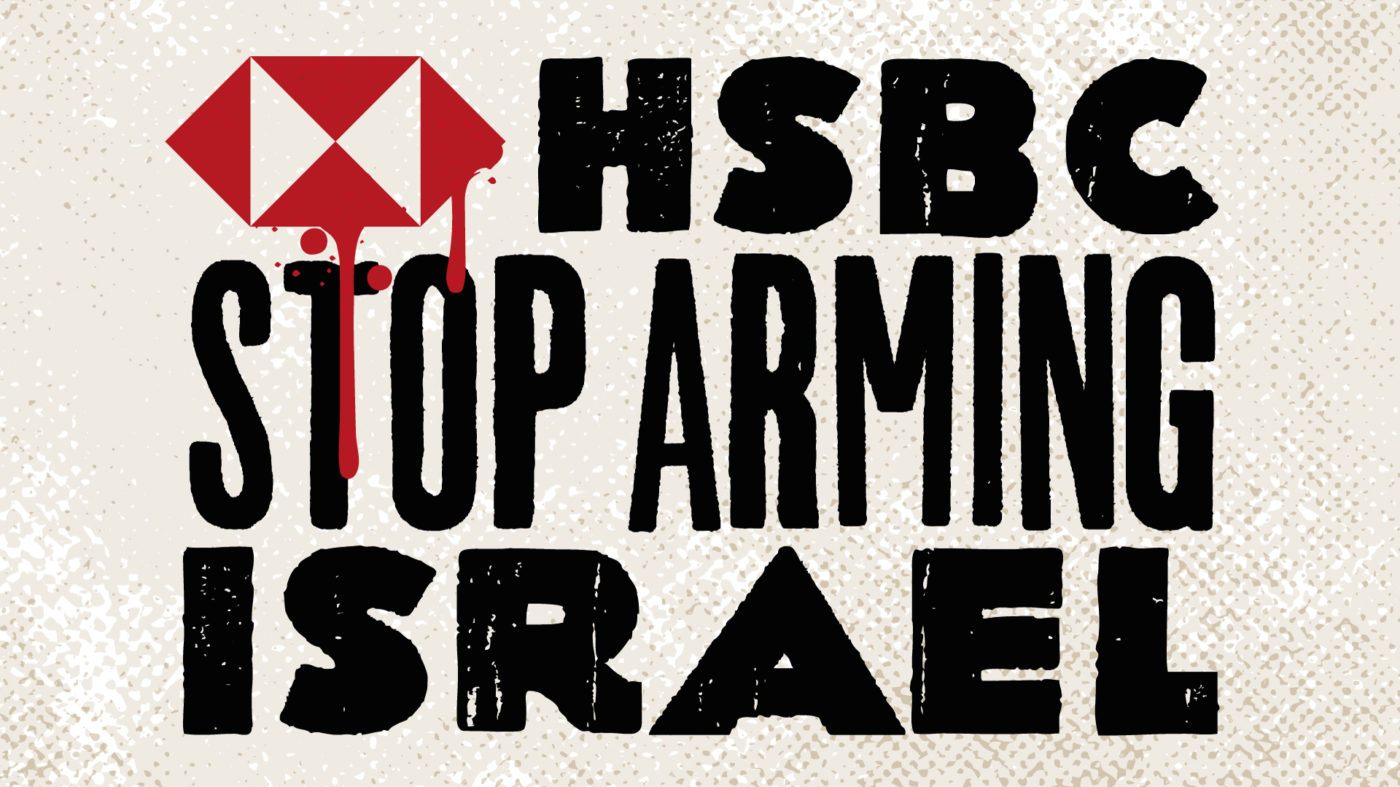 Caterpillar also provides equipment used to reinforce Israel’s apartheid infrastructure, including Israel’s checkpoints, seperation wall alongside the West Bank as well as the wall in Gaza, and for the construction of illegal settlements and settlement infrastructure on stolen Palestinian land.

Mobilise and take creative action at your local HSBC branch, join in with local actions, spread the word on social media and call on HSBC to #StopArmingIsrael!

Protest outside HSBC Bank in Market Street Wellingborough from 11.00 til 1.00

11am outside HSBC, Hight Town, Hereford

(Leicester HSBC near the Clock Tower 11am – 1pm

(Protest outside HSBC Bank in Market Street Wellingborough from 11.00 til 1.00pm

Meet Wakelins Coffee shop 9.30 for Hitchin and Daves Book Shop cafe for Letchworth or outside HSBC branch at 10am. Facebook event

(11 am – 1 pm Meet Commercial Road at the fountain, later outside HSBC bank nearer the station)

Protest outside HSBC Fargate at 12PM