The Palestine advocacy film, Oceans of Injustice, is being released on May 16 for FREE online.

You have to visit Occupied Palestine to truly understand the oceans of injustice that have gone on for so long. But if you can’t go, then let the short 10 minute film Oceans of Injustice take you on a metaphorical journey.

The film will be released online for FREE on May 16 and using Thunderclap for as many viewings as possible. 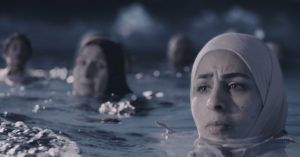