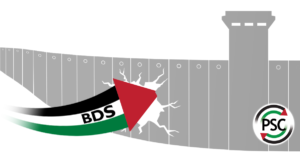 It is no longer controversial to draw parallels between Israel and the former apartheid regime in South Africa. In July of this year Israel passed the clearly discriminatory ‘Jewish Nation State’ law. Since then, the use of the term ‘apartheid’ to describe Israel has burst into the public consciousness.

But the institutionalised discrimination that the Palestinian people face did not begin in July 2018. Instead, it has been central to the foundation and maintenance of the State of Israel from the start.

The longevity of Israel’s apartheid system has been recognised by the United Nations Economic and Social Commission for Western Asia (ESCWA), who produced a comprehensive report that concluded “Israel has established an Apartheid regime that dominates the Palestinian people as a whole.”

Taking the ESWCA report as its foundation, on 3 November 2018, the Palestine Solidarity Campaign will be hosting a conference in London bringing together experts from around the world to examine how the system of apartheid is imposed upon Palestinians. We will look at the response required from activists to support the Palestinian struggle, principally through the Boycott, Divestment and Sanctions (BDS) movement.

Join us at this unique conference to learn from leading experts about Israel’s system of apartheid, and help us organise against it, standing with Palestinians in their fight for freedom and equality.

Rebecca Vilkomerson: Rebecca is the Executive Director of the US-based organisation Jewish Voice for Peace (JVP). Since its foundation in 1996 JVP has been central in supporting the Palestinian struggle for freedom, justice and equality. Recently, JVP was one of over 40+ Jewish organisations from across the world, who signed a ground breaking statement opposing the equation of antisemitism and criticism of Israel.

Rima Khalaf: Rima is the former Deputy Prime Minister of Jordan, who served as the Executive Director of the United Nations Economic and Social Commission for Western Asia (ESCWA) from 2010-17. Under her lead, the ESCWA authored a report confirming that Israeli practises towards the Palestinian people met the definition of Apartheid under International Law.

Virginia Tilley: Virginia is a Professor of Political Science at the Southern Illinois University in the United States. She specializes in the comparative and international politics of ethnic and racial conflict. Having wide ranging research experience, she has authored numerous policy papers and book-length studies, including The One State Solution. She also edited Beyond Occupation: Apartheid, Colonialism and International Law in the Occupied Palestinian Territories, a co-authored legal study of Israel’s policies in the OPTs.

Nadia Hijab: Nadia is an author, policy analyst and public speaker. She is the co-founder and board director of Al Shabaka: The Palestinian Policy Network. Further, she is a co-founder and former co-chair of the US Campaign for Palestinian Rights, currently sitting on its advisory board. She is the author of Womanpower: The Arab debate on women at work and co-author of Citizens Apart: A Portrait of Palestinians in Israel.

Diana Buttu(via Skype): Diana is a Palestinian-Canadian Lawyer specializing in negotiations and international law. She is a former spokesperson for the Palestine Liberation Organization, and served as negotiator in Israeli-Palestinian peace negotiations. She was also part of the Palestinian negotiating team that assisted in the successful litigation of Israel’s Apartheid Wall before the International Court of Justice.

Other Speakers and Facilitators Include:

Hazem Jamjoum: Hazem is an academic and activist, whose work focuses on political- economy approaches to Israeli colonialism and Palestinian elite formation.

Ryvka Barnard: Senior Campaigns Officer, on Militarism and Security at War on Want.

Huda Elmi: Huda is an activist, who currently serves as a CLP representative on the Labour Party’s National Executive Committee.

Directions:  Nearest Tube Station is Holloway Road (Zone 2, Piccadilly Line) Exit the station on to Holloway Road, turn left and walk straight for around 400m – it’s on the other side of the road.

Tier 3 (Students): £3
*Please note: this price is heavily subsidised. Paying the higher price allows us to ensure the conference is accessible to all regardless of income.

Please use the booking form below to register your place before midday on Friday 2nd November. Once you have completed the registration form you can can either choose to pay online, or call us on 020 7700 6192 between 11am – 5pm to pay over the phone.

If you have no means to pay, we will try and help you. E-mail: lewis.backon@palestinecampaign.org

Bookings are closed for this event.