Home / Events / And Here I am: Shubbak Festival and all events

And Here I am: Shubbak Festival and all events 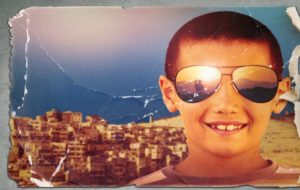 AND HER I AM

Based on Palestinian Ahmed Tobasi’s extraordinary coming of age story, And Here I Am is an epic voyage of identity and self-discovery in the first and second Intifada.

Combining fact and fantasy, this is an extraordinary tale of occupation and resistance, fear and heroism. It follows Ahmed’s journey from the West Bank to political exile in Norway and back again, and his transformation from armed resistance fighter to established artist.

Award-winning writer Hassan Abdulrazzak (Love, Bombs & Apples) and the team behind the critically-acclaimed 2015 tour of The Siege (The Freedom Theatre, Palestine) join forces for this unforgettable tale of one boy’s struggle for self-determination in a violent world.