Digital Day of Action for Palestine!

2 years on from the start of the Great Return March, join us in taking action online against Israel’s violations of international law and in support of the rights of the Palestinian people! #ExistResistReturn #EndtheSiege 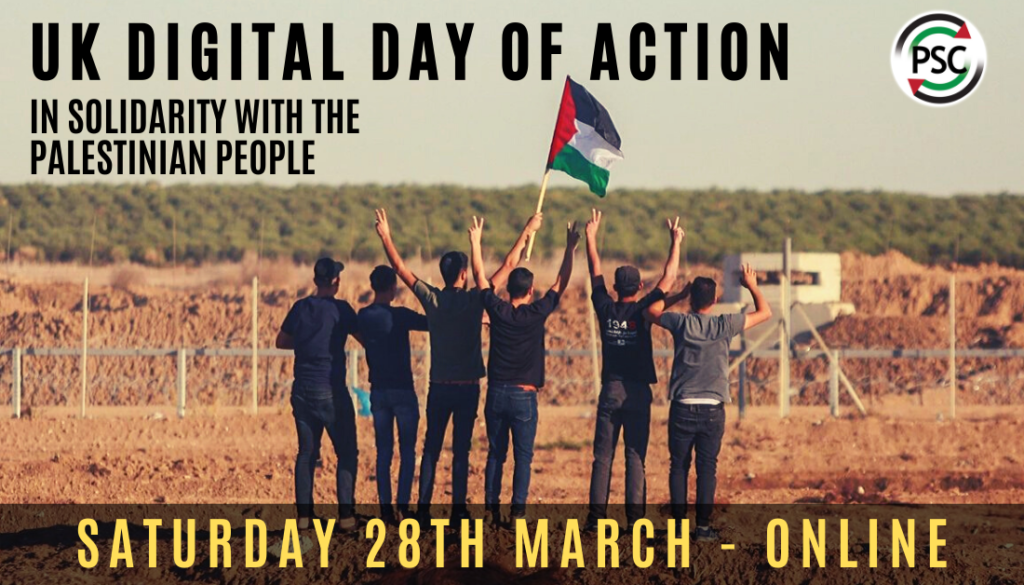 Two years ago, Palestinians in Gaza began marching against the inhumane living conditions created by Israel’s illegal 12 year siege, and also to reaffirm their right – as refugees from Israel’s ongoing project of ethnic cleansing – to return to the land from which they or their relatives were expelled.

Nearly every Friday since they’ve marched again; confronting the militarised fence that entraps them and two million other Gazans under Israel’s land, air and sea blockade. Each time they’ve marched Israel has responded with brutal, indiscriminate force, using live fire and artillery shells in an attempt to crush the civilian demonstrations.

Since 30th March 2018, Israel has killed over 260 Palestinians – including medics, journalists and children – and injured more than 29,000.

Now, with the Coronavirus crisis having reached Gaza – where 2 million Palestinians live under military blockade in a space of just 365 square kilometers – there is set to be an impossible level of strain on a healthcare system already on the verge of collapse, with no route of escape for civilians.

We support the call from Palestinians in Gaza for an end to the siege and the implementation of the right of return as enshrined in international law.

Help us amplify this call far and wide by taking action online on Saturday 28th March! Here’s how:

Get on Twitter between 12pm and 2pm on Saturday 28th to spread the word! You can copy our template tweets below, or you can write your own!

For 2 years Palestinians in #Gaza have been protesting for an end to Israel’s military siege and for the right to return to the homes from which they were displaced. In response, Israel has killed 250+ and injured 29000+. Justice for Palestine now! #EndtheSiege #ExistResistReturn

Israel’s siege of #Gaza is illegal & responsible for creating inhumane living conditions. Half of Gaza’s population live in poverty, 97% of water is undrinkable and Gaza’s health system is in crisis. We support the Palestinian people’s call to #EndtheSiege now! #ExistResistReturn

The majority of #Gaza’s population are refugees – many from the Nakba, Israel’s foundational ethnic cleansing of 750,000+ indigenous Palestinians in 1948. They have the right to go back to the land from which they were displaced. #EndtheSiege, let them return! #ExistResistReturn

Coronavirus has reached #Gaza – where 2mil Palestinians live under military siege in an area of just 365 square km. The healthcare system is already on the verge of collapse, with no route of escape for civilians. #EndtheSiege, let Palestinian refugees return! #ExistResistReturn

2) Show your support for Gaza with a photo

Take a photo of yourself – or get a housemate/family member to do it! – holding a sign which says “END THE SIEGE OF GAZA” and share it online with the hashtags #EndtheSiege and #ExistResistReturn. Here are some examples: 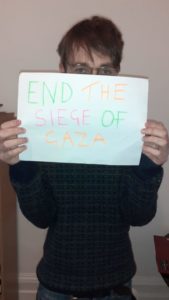 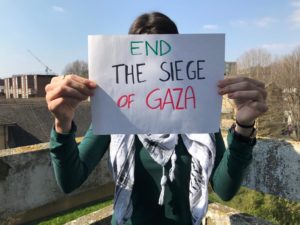 If you haven’t already done so, add your name to our e-action here calling on the UK Government to take action to end Israel’s illegal military siege of Gaza. And make sure you share it with your friends on social media! 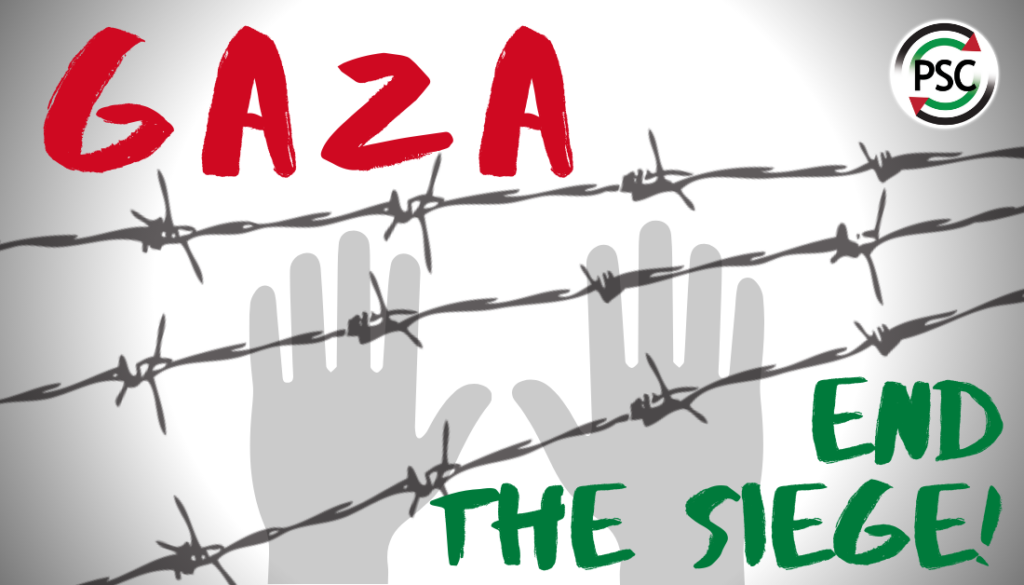 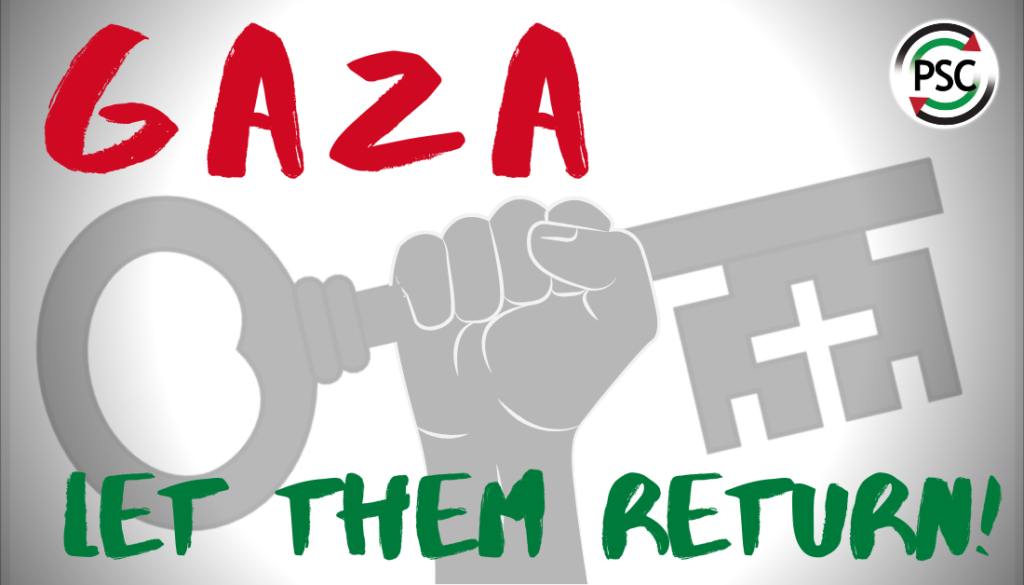