At more than twenty locations around the UK on Saturday 4th June 2016, activists protested the involvement of technology giant Hewlett Packard (HP) in Israel’s illegal occupation of Palestine and its military infrastructure. 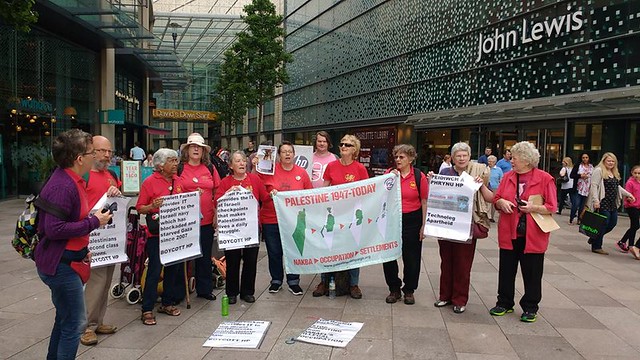 PSC branches throughout the country organised pickets outside major stockists of HP products, and spoke to members of the public about the corporation’s complicity in Israel’s systematic abuses of Palestinian human rights, asking them to sign the pledge to boycott HP. 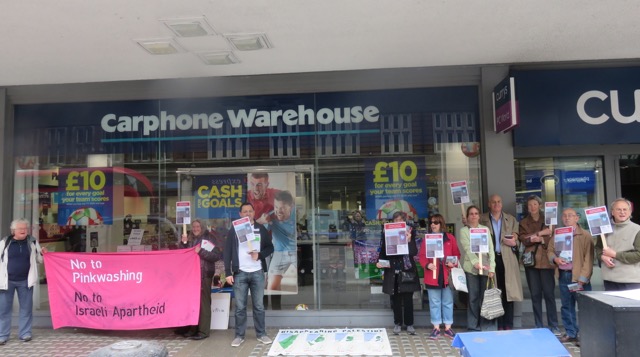 Ahead of the day of action, the #StopHP campaign released a video highlighting the fact that HP profits from the denial of Palestinian rights.

HP’s technology and equipment facilitate both the illegal Israeli occupation and apartheid, especially through the development of its biometric system used for population and territorial control and surveillance of Palestinians both inside Israel and in the occupied Palestinian territory. 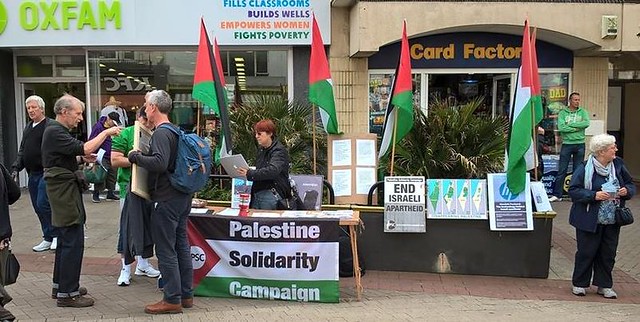 HP’s Basel system is installed at the Israeli military checkpoints in the occupied West Bank, depriving Palestinians of freedom of movement, in violation of international law. HP also supplies the computer systems for Israel’s Ministry of Defence. 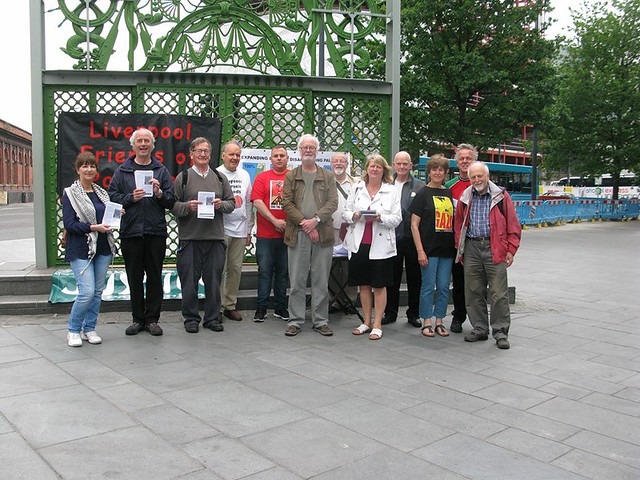 The company also provides services and technologies to two of Israel’s largest illegal settlements in the occupied West Bank, Modi’in Illit and Ariel. So HP plays a key role in Israel’s occupation and colonialism. 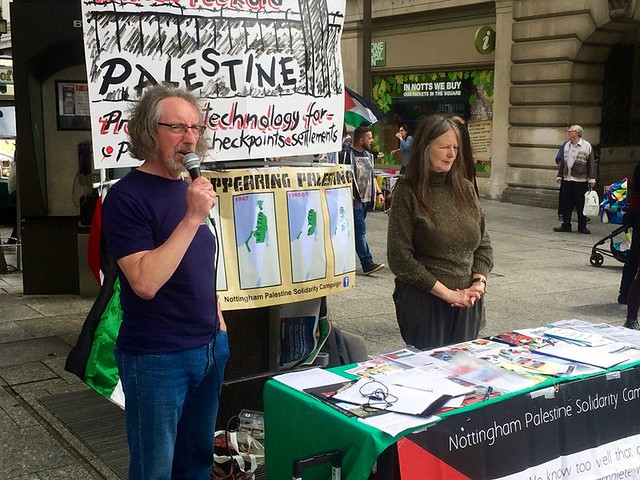 The call to boycott and divest from Israel and complicit corporations comes from Palestinian civil society; a nonviolent form of resistance which aims to pressure Israel to meet its obligations under international law.

Since it began in 2005, the Boycott, Divestment and Sanctions (BDS) movement has cost multinational companies like Veolia billions of dollars in lost contracts. 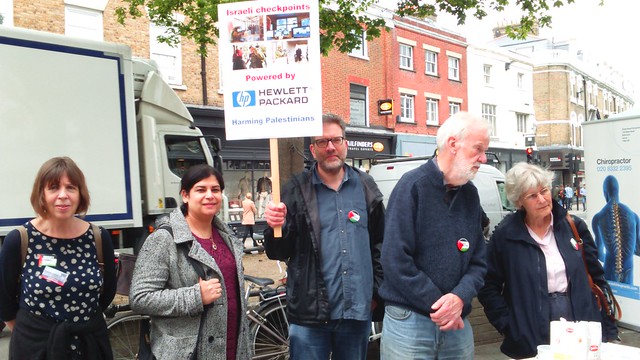 Interim director of PSC, Sara Apps said: “Yet again Palestine campaigners are showing we will hold companies to account for their violations against human rights – they will find that their sins come back to haunt them.

“Our campaigns expose companies complicit in Israel’s violations and colonisation, and pressure them to end their relationships with Israel’s occupation.”

More photos from the Day of Action here