Phone or email to  complain about Morrison’s suspected mislabelling of Israeli settlement dates as ‘made in Israel’. 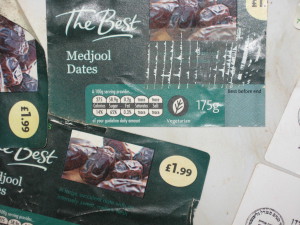 these were grown in illegal Israeli settlements in the occupied Palestinian territory.

What is uncontested by Morrison’s is that despite the fact the goods were labelled as ‘made in Israel’  they were packaged in a settlement in the occupied Palestinian territory. This is of concern to consumers who would not choose to economically support illegal settlement activity.

PSC took this issue up directly with Morrison’s but we are totally dissatisfied with their responses. Their replies lack detail, and fail to say if they have independently investigated this issue, as we requested.

In 2009 the UK Government introduced a voluntary labelling guidelines for fresh agricultural produce giving consumers information about whether goods were grown in Israeli settlements in occupied Palestinian territory.

All of the major supermarket chains, including Morrison’s, signed up to this new labelling regime. Since then, many – including Morrison’s – have declared they no longer import from settlements in occupied Palestinian territory.
Complaint about Morrison’s
In January 2013 Corporate Watch obtained labels for Morrisons own brand Medjoul dates from the Israeli settlement of Tomer in the occupied Jordan Valley.  Full information about this investigation is available

Phone or email to  complain about Morrison’s possible  mislabelling of dates.

The dates would have been in stores around July.