You may have heard about SodaStream recently, it is a company which produces devices for home carbonating your drink.

SodaStream pays taxes to Ma’ale Adummim Municipality; its revenues are thus directly  funding this settlement, which effectively  bifurcates the West Bank and is considered to be a major obstacle to any future peace agreement.”

So it is disappointing – to say the least – to find the Independent newspaper offering the chance to win a SodaStream on the ‘YourMoney’ section of their website. 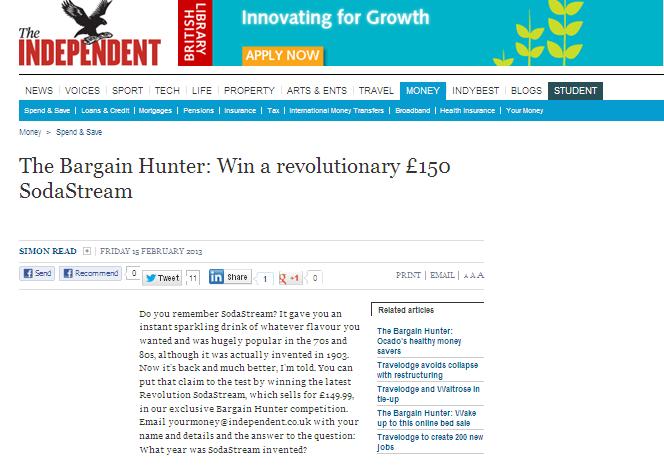 Please complain to yourmoney@independent.co.uk  or via twitter @independent pointing out:

The competition has now closed. The response the Independent are sending is

“Thank you for taking the time to set out your views about the competition we ran last week.  The competition has now closed and we will bear in mind for the future what you have said.”

Tell the Independent you want a proper response dealing with the issues!