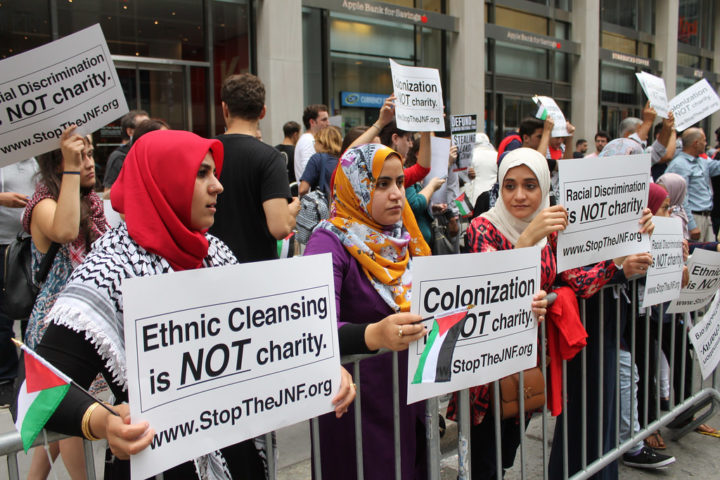 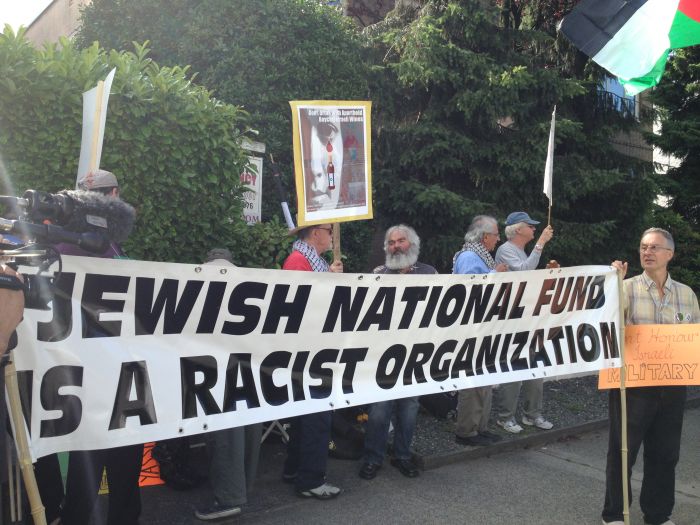 Stop the JNF is an international campaign aimed at ending the role of the Jewish National Fund (Keren Kayemeth LeIsrael) (JNF-KKL) in: the on-going displacement of indigenous Palestinians from their land; the theft of their property; the funding of historic and present day colonies; and the destruction of the natural environment.

The JNF-KKL was founded in 1901, and has played a key role in the ongoing colonisation of Palestinian land since.

The JNF-KKL continues to serve as a global fundraiser for Israel's regime of ethnic cleansing, military occupation and apartheid - with branches and offices around the world. Despite this, many JNF branches worldwide enjoy charitable status - including JNF UK.

The Stop the JNF Campaign is working to expose, document, and end the role of the KKL-JNF in Israel's violations of Palestinian rights.

Stay Updated on the Stop the JNF Campaign: