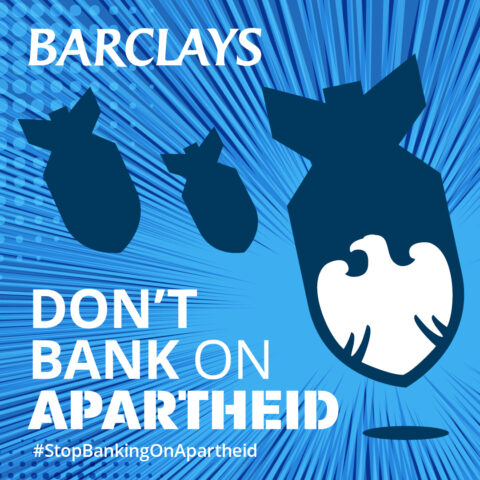 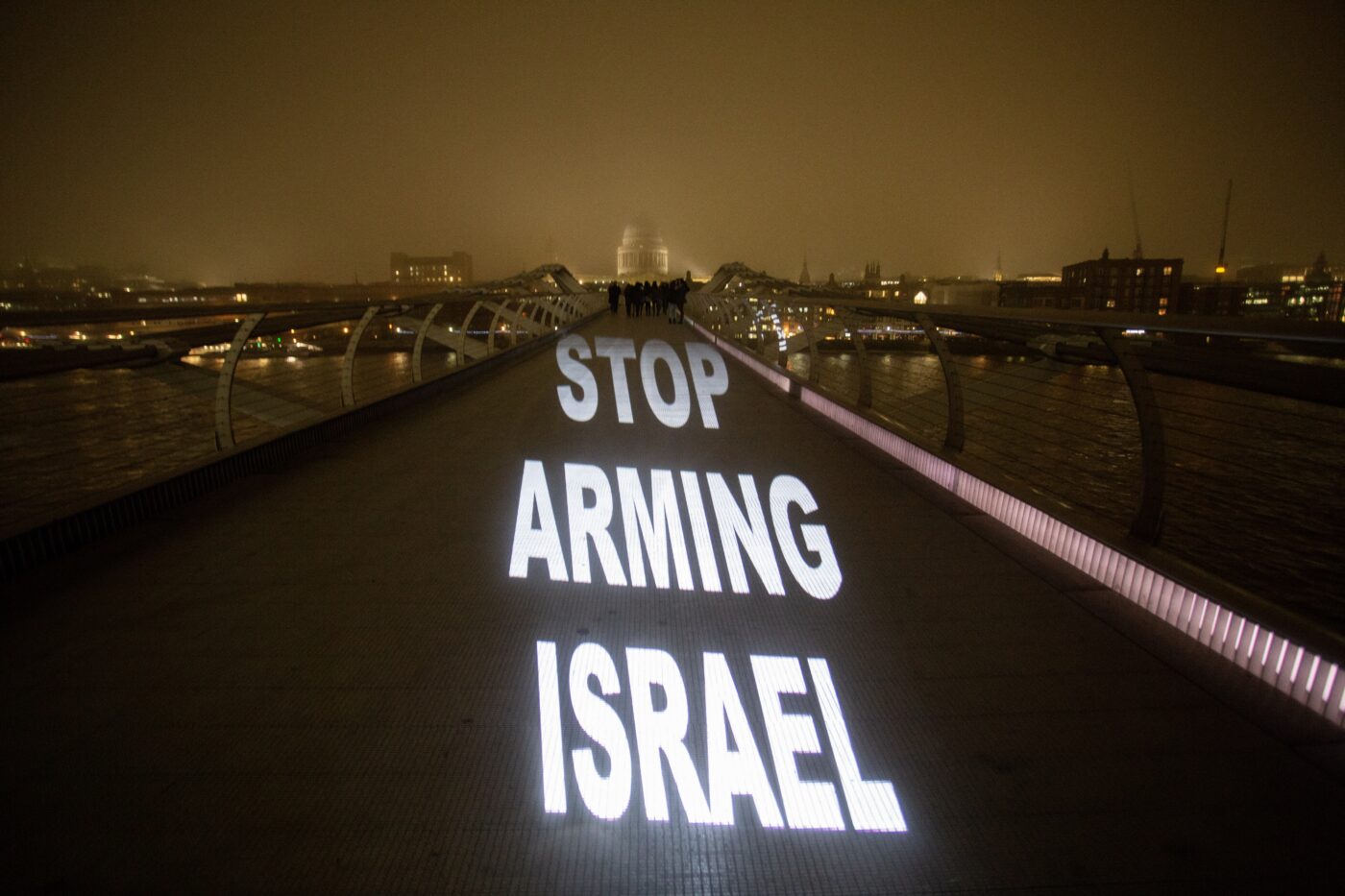 Tell them to divest from Israeli apartheid

Militarised violence against the Palestinian people is a central feature of Israel’s occupation and apartheid regime – including the illegal Apartheid Wall, demolitions of Palestinian homes, brutal armed crackdowns on Palestinians protestors, and indiscriminate bombing campaigns of the Gaza Strip.

This system is maintained through the involvement of governments and business enterprises around the world. Financial institutions in the UK provide investment, loans, and other financial services to companies supplying Israel with weapons and military technology used to oppress Palestinians.

We’ve uncovered that Barclays Bank holds over £1 billion in shares, and provides over £3 billion in loans and underwriting to 9 companies whose weapons, components, and military technology have been used in Israel’s armed violence against Palestinians. By providing investment and financial services to these arms companies, Barclays facilitates the provision of weapons and technology for Israel’s militarised repression of Palestinians.

Alongside War on Want and Campaign Against Arms Trade, we're calling on Barclays Bank to #StopBankingOnApartheid

Barclays... we're not going away!

On 26 November 2022 Barclays faced yet more protests at its local branches across Britain.

From Edinburgh to Brighton campaigners demanded that the bank end its investments and provision of financial services to companies supplying weapons and military technology to Israel, used in armed attacks on Palestinians.

Until Barclays ends its complicity in Israeli apartheid, we’ll continue to take action! Contact your local PSC branch to find out about actions near you.

On Saturday 1 October, actions took place outside dozens of Barclays branches across Britain, calling on the bank to divest from, and end all financial relationships with, companies supplying weapons and military technology to Israel, used in militarised violence against Palestinians.

Campaigners picketed Barclays branches from Brighton to Manchester, Hitchin to Hereford, to inform Barclays customers of the bank’s complicity in Israel’s regime of military occupation and apartheid.

Research by PSC, War on Want, and Campaign Against Arms Trade has identified that Barclays invests over £1.3billion in such companies. The companies includes Elbit Systems, an Israeli arms manufacturer which provides 85% of the drones used by the Israeli military, and General Dynamics, which produces gun systems that arm Israel’s F-16 and F-35 fighter jets, utilised in Israel’s repeated aerial bombardments of the besieged Gaza Strip.

Until Barclays ends its complicity in Israeli apartheid, we’ll continue to take action! Contact your local PSC branch to find out about actions near you.

Take action today by writing to Barclays’ senior management – and demand the bank stops facilitating the provision of weapons and military technology to Israel.

Catch up on our campaign launch event to learn more about Israel’s repression of Palestinians struggling for liberation, and learn more about we can take action to demand Barclays end their complicity in injustice.

Our research has uncovered that Barclays Bank provides hundreds of millions of pounds worth of investment, loans, and other financial services to companies supplying Israel with military technology used in the repression of Palestinians – including investments in Israeli arms manufacturer, Elbit Systems. Elbit Systems specialises in the production of military technology, surveillance systems, and military drones – used to brutalise Palestinians in Israel’s repeated bombardments of the Gaza Strip. Barclays is therefore aiding, and directly profiting from Israel’s occupation and apartheid regime.