Home / Stand with the women of Palestine

Stand with the women of Palestine

Today, around the world, people are marking International Women’s Day.

The history of women’s resistance in Palestine is a long one. In 1929 a Women’s Conference was held in Jerusalem in protest of the Zionist colonisation program, which was followed by a delegation of women who went to the British High Commissioner and called for the revocation of the Balfour Declaration.

In recent years, many Palestinian women have lost their lives to Israel’s brutal occupation. In 2016, twelve Palestinian women and girls were killed including 23-year-old Maram Abu Ismail who was five months pregnant when she was shot fifteen times by Israeli forces.

Women of the world stand together in solidarity for many reasons today – let’s make Palestinian self-determination one of them.

Palestinian professor Karma Nabulsi is a long time patron of PSC and defender of Palestinians’ inalienable rights, especially the right of return. She has been nominated for the Guardian’s Higher Education’s Most Inspiring Leader award.

“Without her patience, dedication and commitment the experiences of numerous students at Oxford and elsewhere would have been immeasurably poorer. She avoids all self-celebration, but it is hard to imagine a more worthy recipient.” – comments by the award judges. 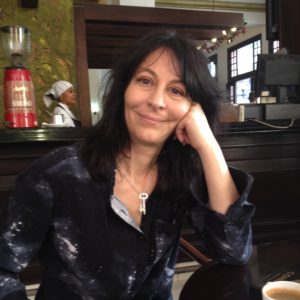