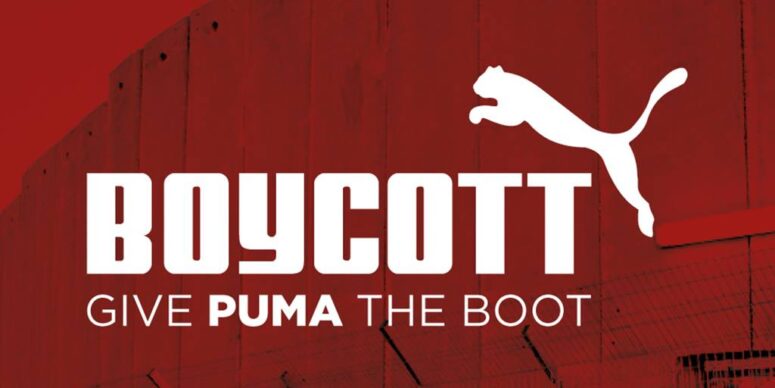 Puma is the main international sponsor of the Israel Football Association (IFA),

The IFA operates in illegal Israeli settlements on land stolen from Palestinians. Every settlement is a war crime under international law – pushing indigenous Palestinian families off their land, robbing natural resources, and denying Palestinians their right of movement. By sponsoring the IFA, Puma is complicit in supporting these crimes. As one of the world’s top athletic brands, Puma’s sponsorship brings international legitimacy to the IFA and helps sustain the infrastructure of illegal Israeli settlements.

More than 200 Palestinian teams have called on Puma to terminate its sponsorship deal with the IFA. Yet, Puma hasn't listened.