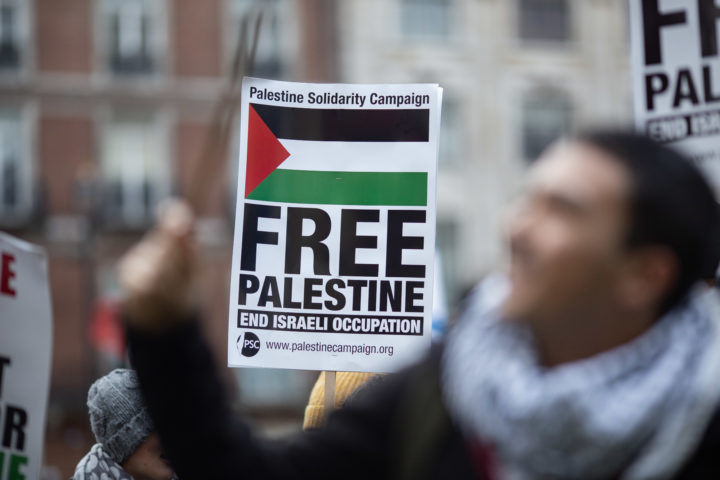 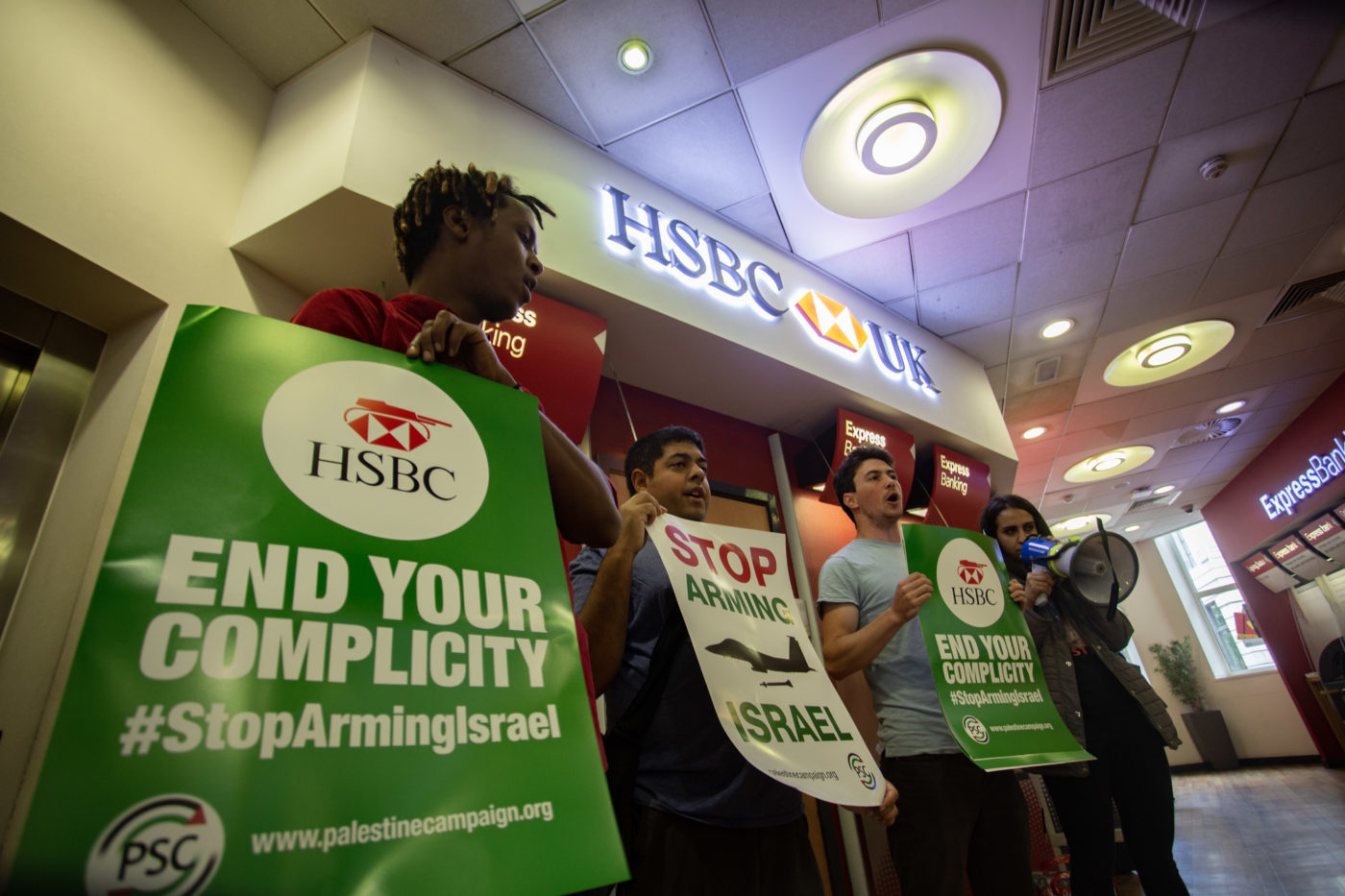 Tell HSBC to end their complicity

HSBC invest over £830million in, and provide financial services for, companies arming Israel

1) Israel to end their colonisation and occupation of all Palestinian land occupied in June 1967, to dismantle the apartheid wall and to lift the siege of Gaza.
2) Recognising the fundamental rights for Palestinian citizens of Israel to full equality.
3) Respecting, protecting and promoting the right of Palestinian refugees to return to their homes. 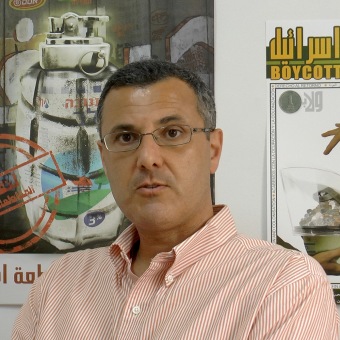 Video: Why we boycott. With Omar Barghouti 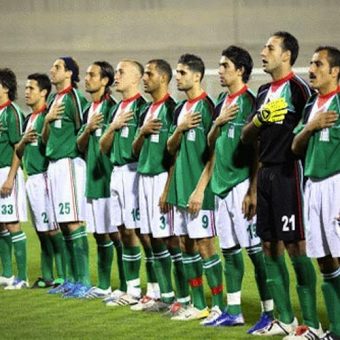 The Sports boycott of Israel – the case of football
Read more » 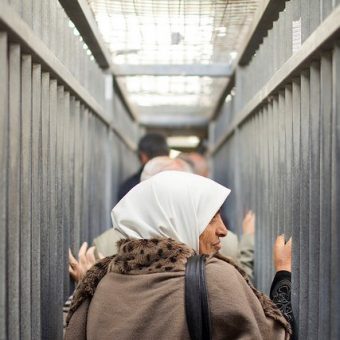 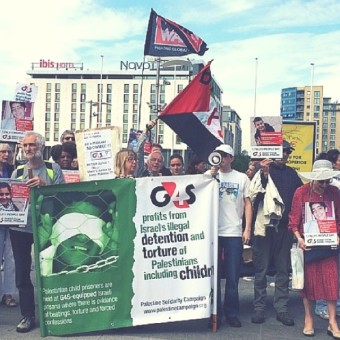 Updates on our Boycott, Divestment and Sanctions campaign
Read more » 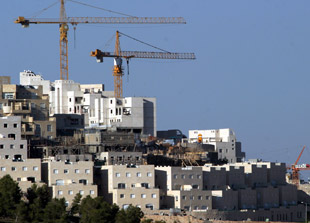 Palestine is being built out of existence: in support of our right to boycott
Read more » 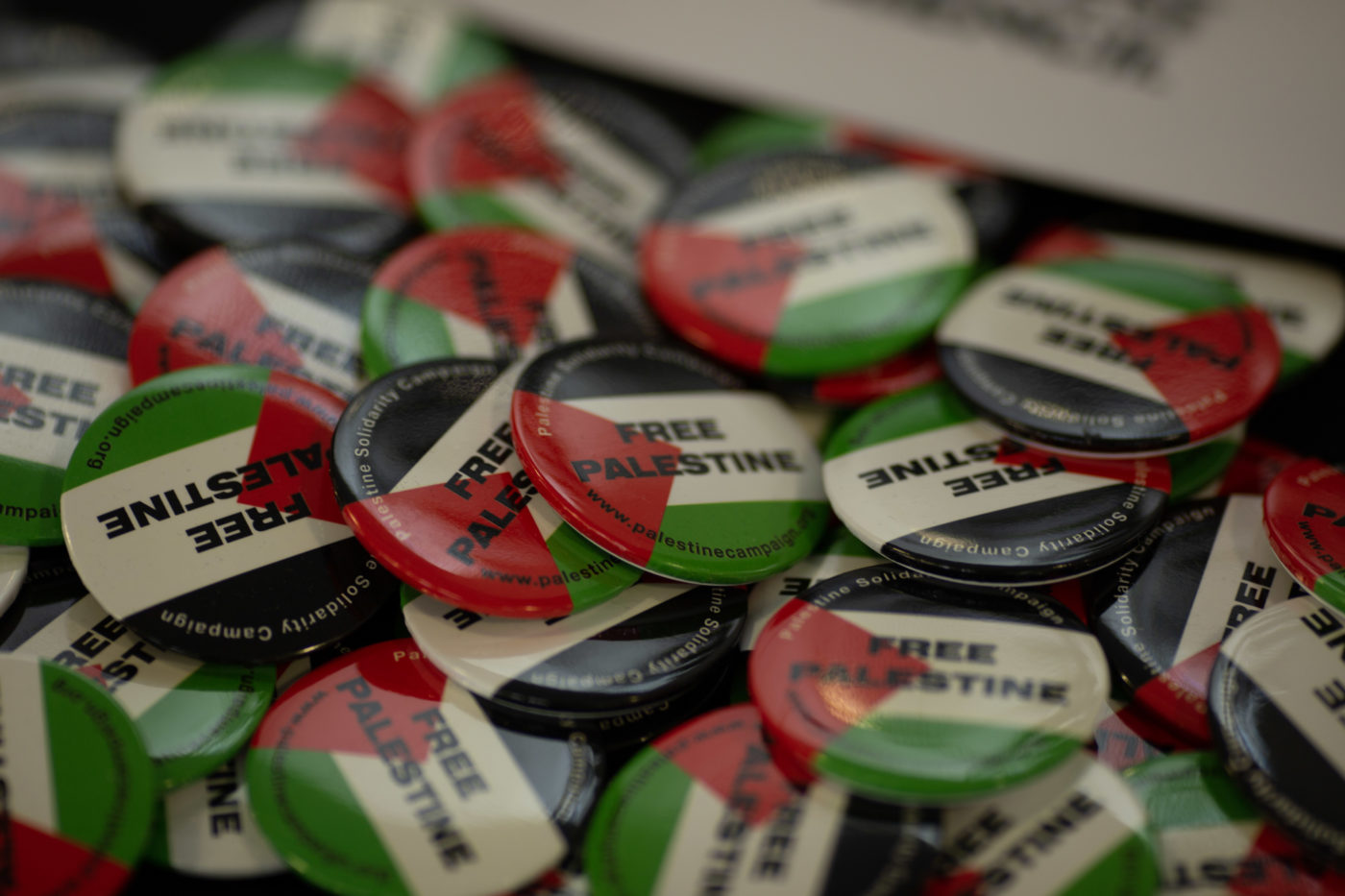 We have already achieved significant victories from SodaStream closing its factory in an illegal settlement, Veolia losing contracts worth millions and pulling out of Israel, and now even G4S have promised to sell its subsidary G4S Israel.

Across the world, politicians, artists, academics, businesses and more are adding their voices to the growing call for Israel to end its oppression of the Palestinian people and respect human rights.

The BDS movement is growing, and there is no better time to get involved 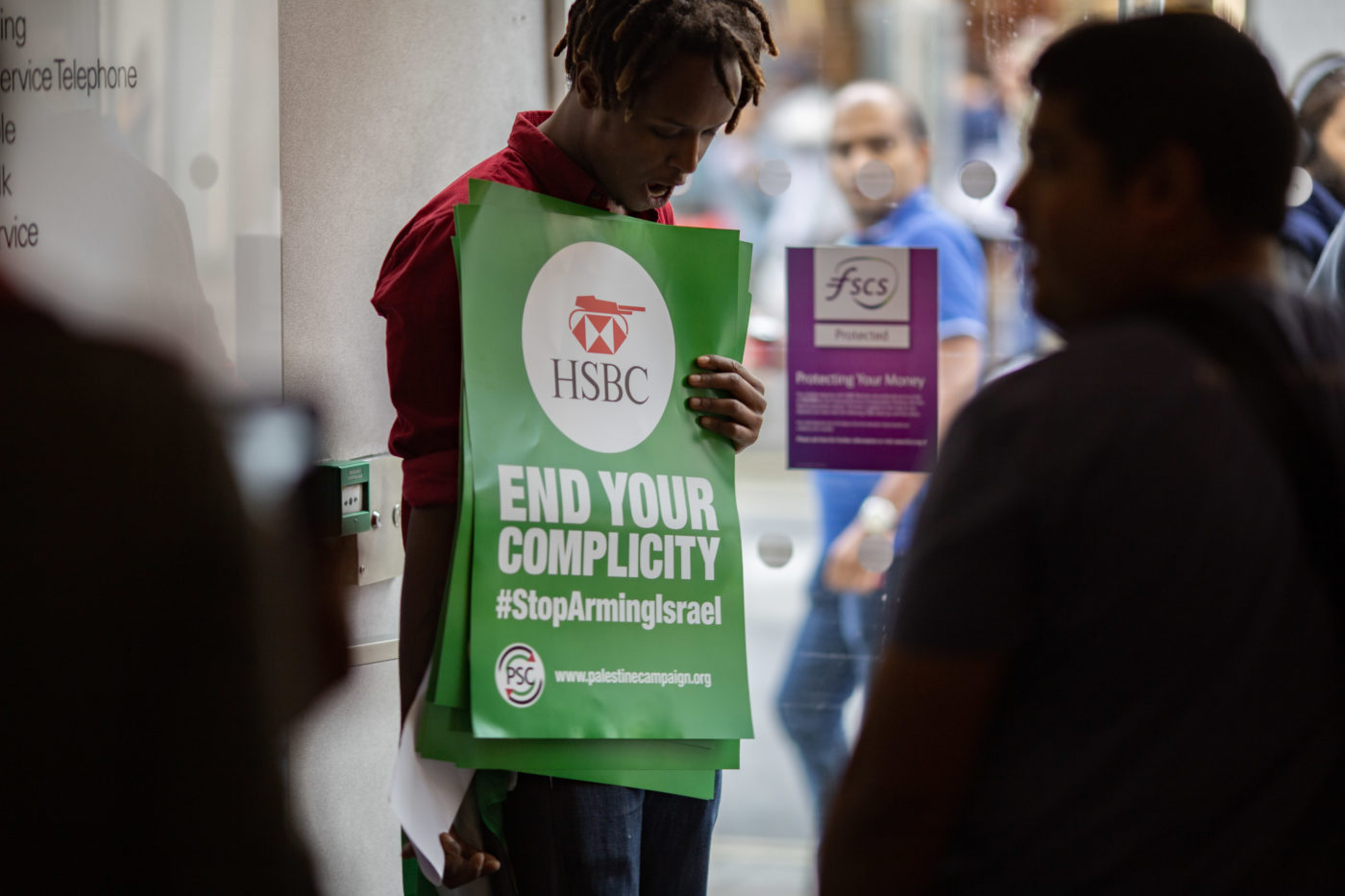 HSBC profits from Israeli apartheid. They invest over £800million in, and provide loans worth up to £19billion for companies arming Israel. This inludes approximately £100 million worth of shares invested in Caterpillar, who supply the Israeli army with armoured bulldozers, used to demolish Palestinians homes, build illegal Israeli settlements and Israel’s apartheid wall.

More information can be found on our Stop Arming Israel page. 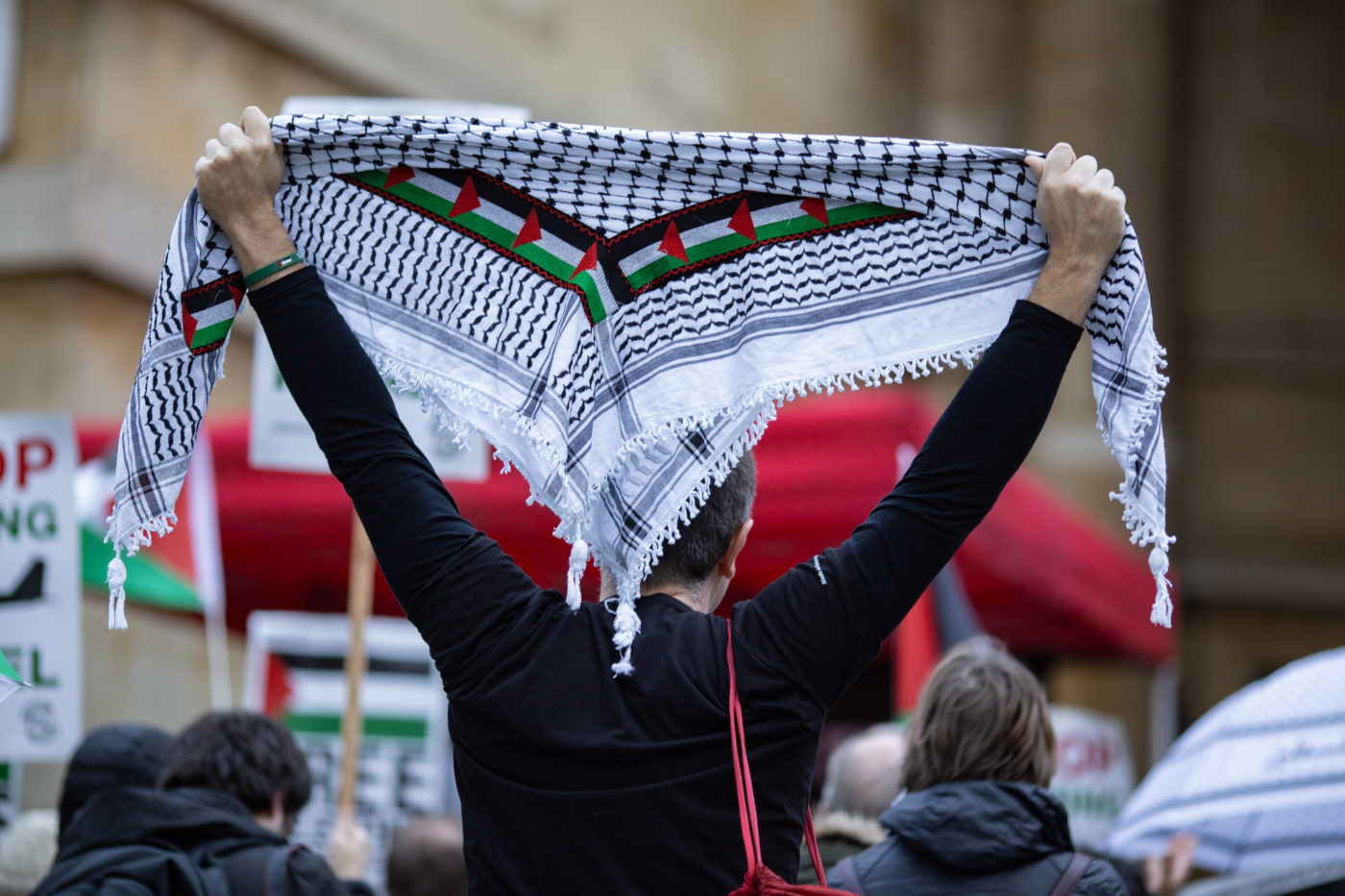 We are calling on the BBC, songwriters and performers to withdraw from the 2019 Eurovision Song Contest hosted by Israel, to avoid being complicit in Israel’s ongoing violations of Palestinian human rights.

Just days after Israel’s Eurovision win, Israeli forces massacred 62 Palestinians in Gaza, including six children, as they demonstrated for freedom and refugee rights. Since the Great Return March protests began on March 30th 2018, at least 205 Palestinians have been killed by Israeli forces in the besieged Gaza Strip. More than 18,000 others have been injured, including thousands shot with live fire.

Israel overtly uses arts and culture to whitewash or justify its apartheid regime over the Palestinian people. Just as South African anti-apartheid activists had called on cultural institutions and artists to culturally boycott South Africa, PSC supports The Palestinian Campaign for the Academic and Cultural Boycott of Israel (PACBI) urging international cultural workers and institutions to boycott Israeli apartheid. The call for a cultural boycott of Israel is part of the call from over 180 Palestinian civil society organisations which calls on the international community to Boycott, Divest and Sanction (BDS) Israel as a peaceful means to urge Israel to comply with international law and the basic principle of human rights.

Inspired by the South African anti-apartheid movement, the Palestinian BDS call urges nonviolent pressure on Israel until it complies with international law by meeting three demands:

The Palestinian Campaign for the Academic and Cultural Boycott of Israel (PACBI) calls for a boycott until Israel dismantles its system of apartheid, withdraws from the land it has occupied, and agrees to UN resolutions. 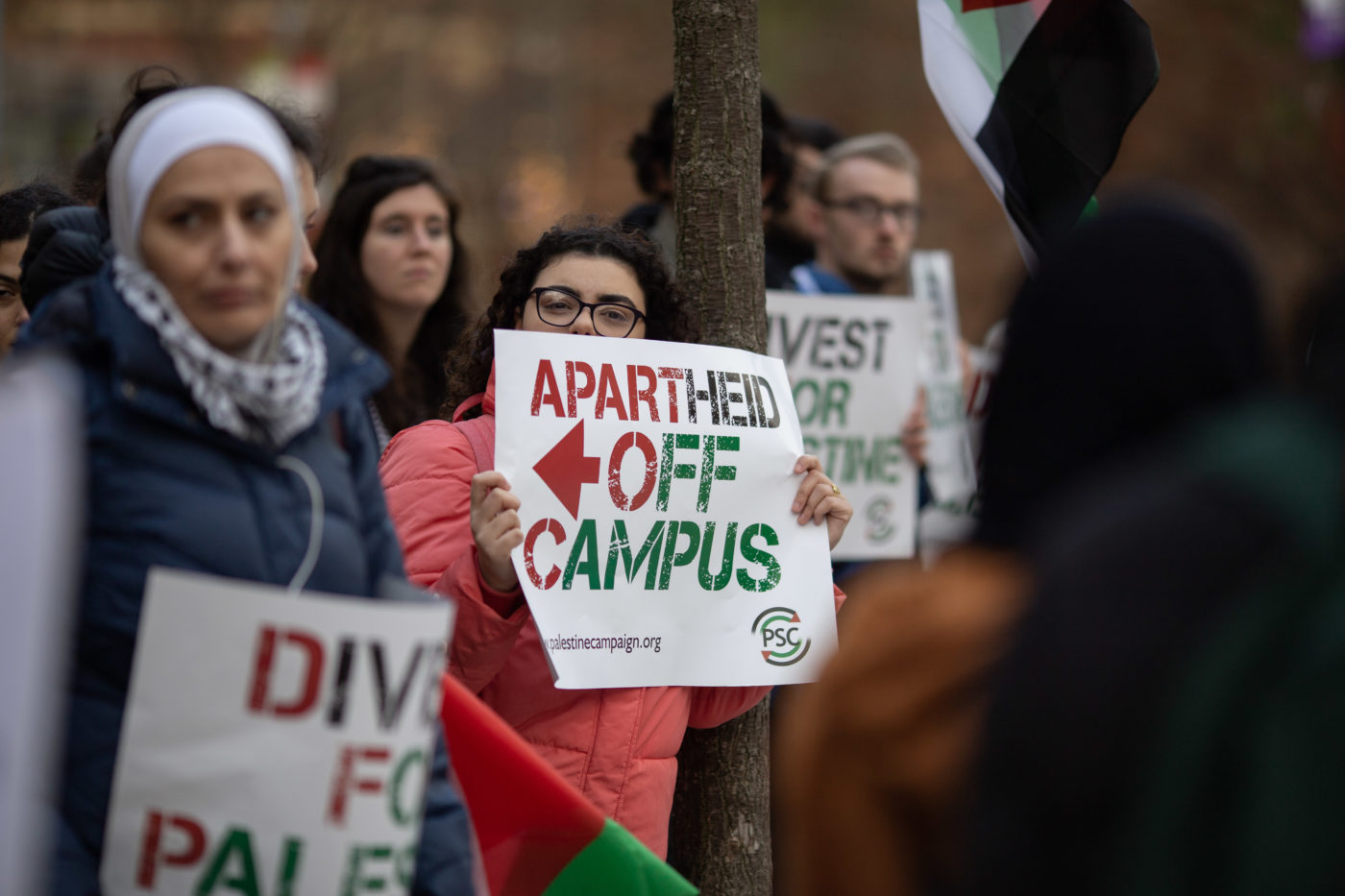 UK universities remain deeply complicit with Israel’s apartheid regime through their investment and institutional links, despite many holding “social responsibility policies”. These policies often include restrictions on investing in companies who conduct business which leads to human rights violations. One example includes University of Glasgow, who invest over £17 million worth of shares in companies arming Israel. This includes investments in Caterpillar, who supply armoured bulldozers for the Israeli army, used to demolish Palestinian homes, schools olive groves and communities.

Students across the UK are building BDS campaigns on their campuses, to hold Israel accountable for its war crimes and to demand the end of UK universities complicity and to build towards freedom, justice and equality for the Palestinian people.

To find out more, visit our Apartheid Off Campus page 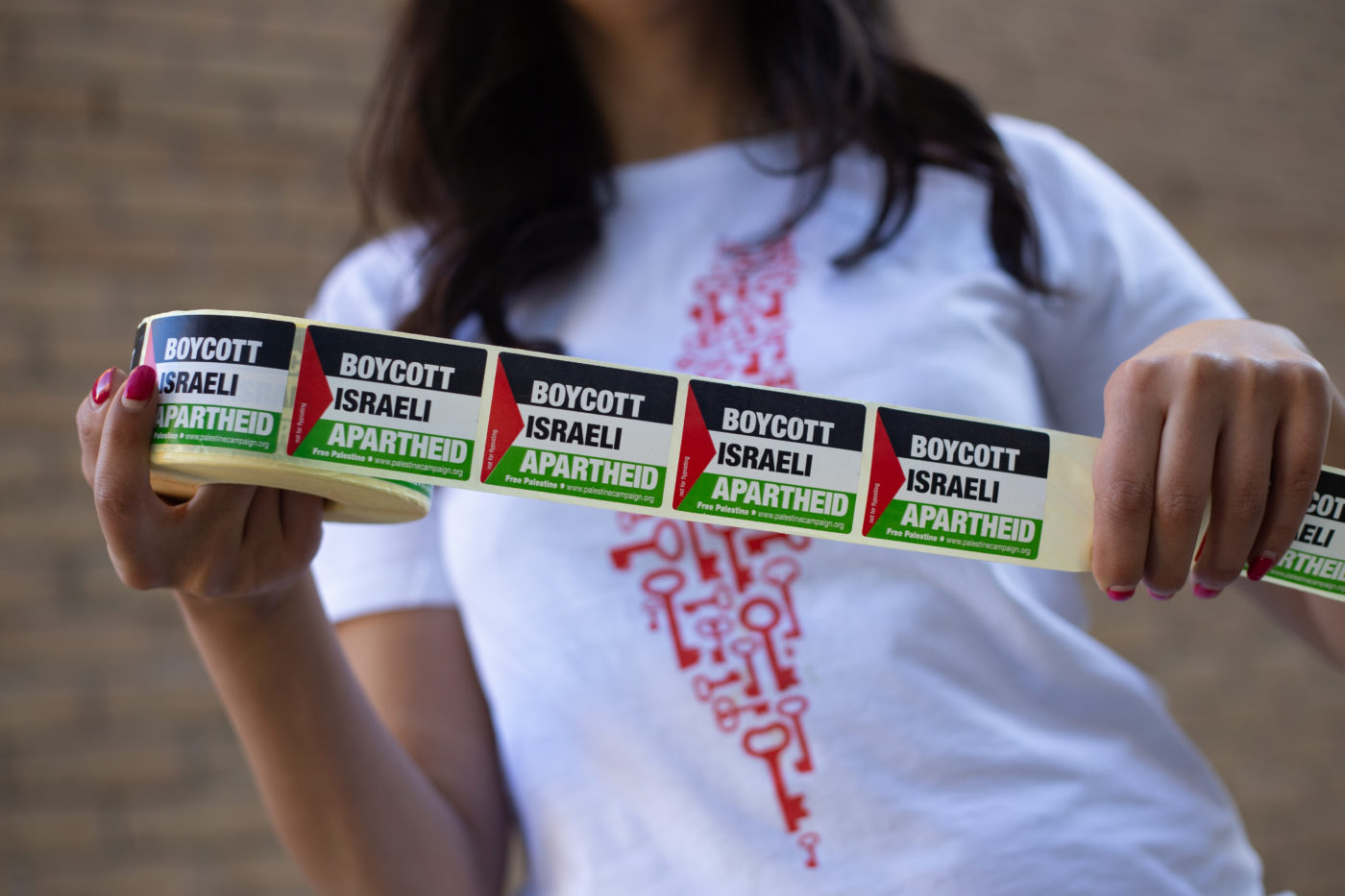 As consumers we can support justice and human rights simply by choosing what we buy. Already people across the world are refusing to buy Israeli goods and goods produced in illegal settlements.

Support the boycott of consumer produce as part of the Palestinian call for BDS. Don’t buy things like Israeli avocados, oranges, herbs and dates whether grown in an Israeli settlement or within Israel. The most important thing to remember is always check the label. If is says “Made in Israel” don’t buy it!

Speak to the store manager. Tell them their products are funding violence, oppression, and apartheid. Spread the word in your local area and put pressure on the store to stop stocking those products. And when they’re available, buy Palestinian goods!

Spread the word with boycott stickers and badges too – you can get these at our online shop here.