Over 300 PSC members from across the UK packed Conway Hall for the 2020 PSC AGM. The members came together to plan the next 12 months of our crucial campaigning, discussing and debating PSCs Annual Plan for 2020.

Members overwhelmingly adopted an Emergency Motion calling on PSC to co-ordinate a broad coalition of anti-racist and progressive groups to oppose planned legislation to prohibit public bodies from supporting BDS campaigns. The campaign would focus upon the legislations threat to freedom of expression, affecting a wide range of campaigning groups, and its undermining of the responsibilities of public bodies not to be complicit in violations of international law in how they invest and procure. It also committed PSC to vigorously intervening in cases where freedom of expression on Palestine is being restricted.

Alongside this, the AGM agreed that PSC should continue to play a leading role in responding to the Palestinian call for international solidarity against Trump’s ‘Deal of the Century’  by calling on the UK government to actively resist any attempt to impose a solution on the Palestinian people that does not protect their collective rights. This includes the right to self determination, the right to return to the homes from which they and their families were expelled or forced to flee, and the right of Palestinian citizens of Israel to full equality.

PSCs key campaigning priorities, as identified in the Annual Plan, were also highlighted throughout the day. This included the importance of continuing Stop Arming Israel campaign targeting the UK government and complicit corporate institutions, such as HSBC. Alongside  the campaign to boycott PUMA for its sponsorship of the Israeli Football Association. The Annual Plan also committed PSC to continue to support the campaign to strip the Jewish National Fund UK of its charitable status, and to continue our campaigns centred on Palestinian child prisoners, and Israel’s illegal settlements. Members also identified the importance of urging others to buy Palestinian goods.

The meeting heard from Omar Barghouti, the co-founder of the BDS Movement, who identified the need to respond to attempts to restrict Palestine activism by growing BDS campaigns to hold Israel to account for its continued violations of international law.

2020 will be a momentous year for the Palestine solidarity movement. The Annual Plan members passed at the AGM commits us to strengthen our campaigning work and build a broad based coalition to resist attempts to restrict the right of public bodies to support BDS. We can’t do it without you. Join PSC if you’re not already a member: http://join.palestinecampaign.org 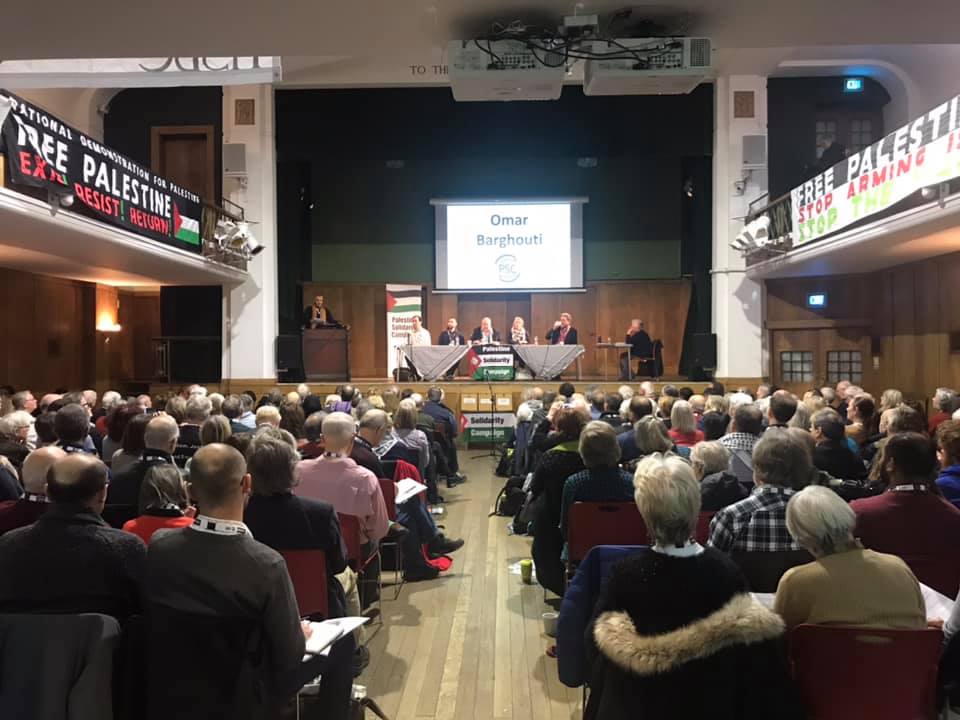